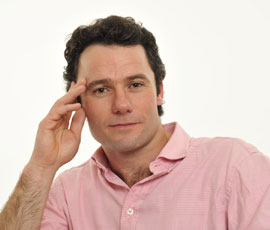 Education secretary Michael Gove’s revamping of the education system may be seen as revolutionary by some, but it leaves the future of the vocational curriculum in tatters.

His decision to recognise only his core GCSE subjects – English, maths, history or geography, a language and science – in the school league tables from 2015 will have far-reaching consequences for our industry, at a time when fewer young people are entering agriculture.

Schools such as Brymore in Somerset have been warning that land-based BTECs would no longer count in any of the league tables, while other subjects such as beauty and hospitality are to remain on the system.

I accept that the number of vocational subjects has exploded over the past 10 years and no doubt some, such as BTECs in tattoo removal and pole dancing, may not be pivotal to our country’s economic and social stability.

But the Department for Education should not throw out the baby with the bath water. It should recognise the role of land-based studies. One in 10 UK businesses are, after all, in this sector. Vocational qualifications should be seen as a stepping stone to employment, not a barrier to university entrance.

Mr Gove, it appears, wants his academic rigour to provide an elite crop of school leavers who are “at one” with university. But I fear he is breeding a generation of children removed from the reality of the workplace. A perfect CV, in other words, for the Tory front bench.

Ridiculously, the move is also at odds with what they are saying across the road at Defra where, within days of Mr Gove’s announcement, minister David Heath said it was “a concern” that schools weren’t doing enough to make youngsters aware of the opportunities in agriculture. Government departments need to learn to communicate with one another.

How, as well, can the education secretary’s agenda be so contradictory to the Prime Minister’s policy on ensuring food security and environmental sustainability?

Sir Ken Robinson, the former director of the Arts in Schools Project, described the British education system as the perfect model for turning out university lecturers. Whilst his point was more about how the arts and creativity were undervalued and stifled within the curriculum, his comments are equally true of vocational learning.

Our industry has been blessed with a multitude of people who have benefited from this type of study. Vocational education, of course, requires core skills in English and maths but it also teaches invaluable life skills, such as understanding societal interaction and cognitive, physical and social wellbeing. All of which are absent in the proposed curriculum changes.

The Department for Education recently announced that there will be five GCSEs that can be studied in construction and engineering “because they fall under the umbrella of science”. So why is agriculture omitted?

The Wolf report into the vocational curriculum decided that it does not offer 14- to 16-year-olds enough academic rigour. And yet the education secretary has just launched his vocational A level equivalent, the technical baccalaureate (tech bacc), which will be aimed at the 16-19-year-olds who do not go on to university. I am told it is highly unlikely that the land-based qualifications that currently exist will make it on to the accepted tech bacc list. Because of the nature of their content they, too, will fail the academic rigour test.

Land-based vocational qualifications offer a great deal to our industry. Of course they can be improved but you don’t shoot a horse because it has lost a shoe.

There’s a petition against the proposed changes on the home page of Brymore’s website.

Read more from our Opinion writers