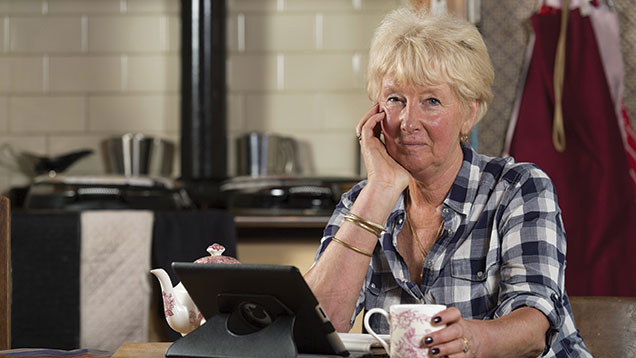 A relic of one of my daughter Jo’s pets has just been returned for safekeeping to the farthest recesses of a granary. A parrot cage.

It is unlikely that we shall ever use it again. It was regularly in use as holiday accommodation for a friend’s parrot while they went away. I was very taken with Billy, but John was not.

“There’s enough birds on this farm with guinea fowl, ducks and hens,” John muttered. “What do we want with a parrot?”

But Billy has just passed on. As Monty Python said, he is an ex-parrot.

The cage had originally been a home to Jo’s budgies. I had bought it at a car boot sale to provide a roomy pad for Joey and Tinks. Unfortunately, we held a party where some of the guests puffed away on fags close to the cage. Next morning, two deceased budgerigars. Hence the cage’s move to the granary. Until, that is, it was needed to provide respite care for Billy

Billy was an African Grey free-range parrot. Or at least that’s what he thought he was. Free range, that is. Screamed every morning until he was let out of his cage. He terrified Millie, our Jack Russell. His habit of dive-bombing her was actually a risky strategy as she had made short work of the last budgie we kept, one rescued from the grain store. But Billy was fearless, and Millie a coward in the face of airborne aggression. She even vacated her preferred hotspot in front of the cooker in favour of the porch while Billy was in residence.

An incontinent creature, Billy was an indiscriminate plopper. I realised why our friends had newspapers spread everywhere in their sitting room. They were not news addicts, just trying to save the Axminster from the worst excesses of Billy’s bottom.

The destructive power of a parrot’s beak is awesome to behold. Pencils were shredded in about 10 seconds, wooden spoons in about 30. Billy was also tempted to take a nibble out of an electric lead. That fused all the electrics, but Billy survived. Damn. The clothes airer above the cooker presented both a physical and intellectual challenge to this delinquent brat of a bird. He tossed off all the washing, squawking with glee as the clothing landed on the mat, then took great lumps out of the wooden laths. I have had to sand down all the wood after Billy left to stop clothes snagging. We eventually threw a rug over the airer to prevent more damage, but he then proceeded to the door jambs where I secretly hoped there was lead in the paintwork.

In all truth, Billy was fun even though he loved to help with your writing (tugging on the pen), cooking (pinching all the fruit and wrecking bunches of grapes), washing up (playing with the suds) and bouncing all over the computer keyboard (xydrspunics cfgloymn sdenskrfd).

The news from the RPA that the whole online process for applying for the Basic Payment Scheme is reverting to the old paper forms led me to think that we might as well have let a parrot such as Billy fill everything in on the computer for all the good the new website has been.

At the moment, we have registered and eventually got the mapping sorted, but only after significant help from the RPA. As our broadband is so slow as to be virtually static, we made an appointment at our local call-in centre to complete the first steps. We still have a further appointment to complete the task, but will now wait to see what happens with the replacement for the online system.

Talking to farming friends, all have had great difficulty with their applications, especially the mapping. Even our two helpful experts at the RPA originally ended up with two extra fields on the form after merging them in the application. They had no idea how to delete them. If they struggled, what would we have done?

Cynically, I noted that the announcement for the change of plan came on the day of the solar eclipse. Apart from a mention on the radio in the morning, it never figured again on the day’s news. It almost seemed as if someone was working on the principle of picking “a good day to bury bad news”. Given the deceased bird theme, I think it’s safe to say the system is a dead duck.

The relief at being able to go back to a system we know how to cope with for BPS has come at a good time because we now need to focus on lambing. As yet, there is little growth in the grass fields for the ewes’ first bite when they are turned out with their offspring. But the grass is starting to grow apace and the mainly warm weather has meant we have turned a few ewes and lambs straight out, rather than keeping them in pens to ensure they are OK for a few days after lambing.

With many of the ewes setting their clocks to need a bit of help with lambing in the middle of the night, John is already doing an excellent impersonation of a zombie from lack of sleep. Inane questions are particularly vulnerable to snap replies and inane questions are my speciality, so I am doing my best to zip it rather than ask them.