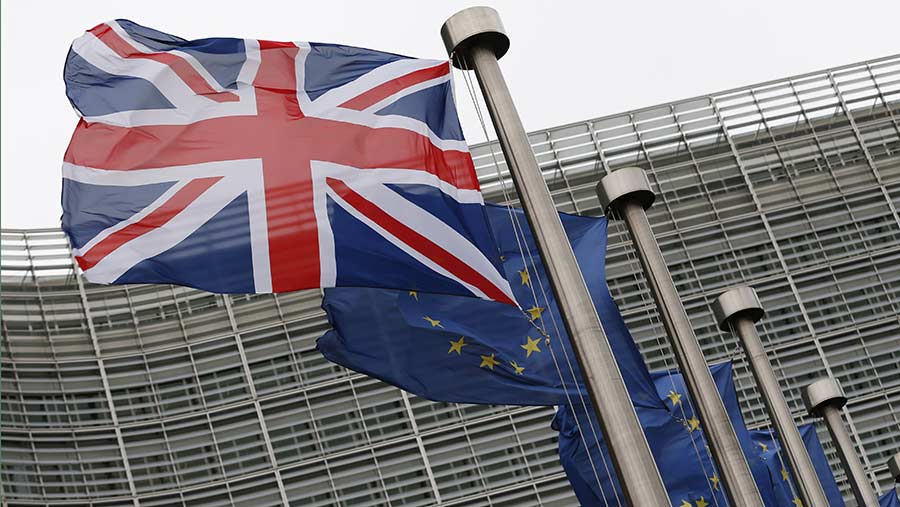 So I read with interest the comments of George Eustice addressing the NFU conference to outline the benefits of Brexit for agriculture. It must have been a tough gig – some might see it as the equivalent of trying to persuade a shed full of enfranchised turkeys to vote for Christmas.

At this early stage, the various Leave campaign groups have been vague on the impacts on farming if they are successful, other than the claims that food will be cheaper.

Individual Leave campaigners have been suggesting a range of theories. Some are reminiscent of the generalised “Freedom” slogans put forward to the general bemusement of onlookers during the Scottish Independence Referendum.

Yet how much of a benefit would there be, when UK exporters would still have to comply with EU regulations to sell into that market? Other theories revolve around loss of subsidies and crashing land prices, giving rise to new opportunities for farming at a lower cost.

Mr Eustice offered a slightly different proposition, that support for agriculture would be continued, if in a remodelled, more targeted format, possibly linked to environmental and high animal welfare objectives. “Could we find the money to spend £2bn on farming and the environment? Of course we could. Would we? Without the shadow of a doubt.”

I don’t know if anyone checked to see if he had his fingers crossed behind his back at this point, but I find that a rather extraordinary assertion. I wouldn’t say there was a shadow of a doubt – more a total-eclipse-and-plunge-into darkness-of-a-doubt.

Mr Eustice rejected concerns that the UK Treasury wouldn’t support agriculture to the same extent as Brussels. “Ultimately the Treasury does what Parliament tells it to do. If we took back control of agricultural policy, Parliament would re-engage.”

Well, that’s a point of view, though not one obviously backed up by recent experience or the demographics of political clout. Once the UK is out of CAP, agriculture will be competing against every other public spending demand, in the context of already limited resources, quite possibly exacerbated by a loss of overall GDP due to Brexit. Nobody ever said: “Never mind the NHS, just make sure the farmers are all right.”

Yet even accepting Mr Eustice’s optimism, his pitch is essentially that it might be possible to achieve similar trading and support arrangements to those we already have. The only short-term trading benefit from Brexit would seem to be if our currency bombs.

As I write, the polls are tight and Leave appears to have much of the press on-side, some important endorsements and some early momentum.

However, the result will depend on whether the Leave side can persuade the electorate that the benefits of leaving outweigh the considerable risks which Remain will highlight.

People will have to consider not just whether they are irritated or angry with the EU, worried about immigration or just generally fed up, but whether the alternative would be any better.

This will be tough to argue because there is no clear, neat alternative which both provides free trade and addresses immigration concerns. The “we will leave and then they will do everything we want” argument, previously trialled in Scotland, will be seen as a massive gamble. Barring cataclysmic events, unless Leave can produce a coherent credible alternative vision, I’d bet on Remain.