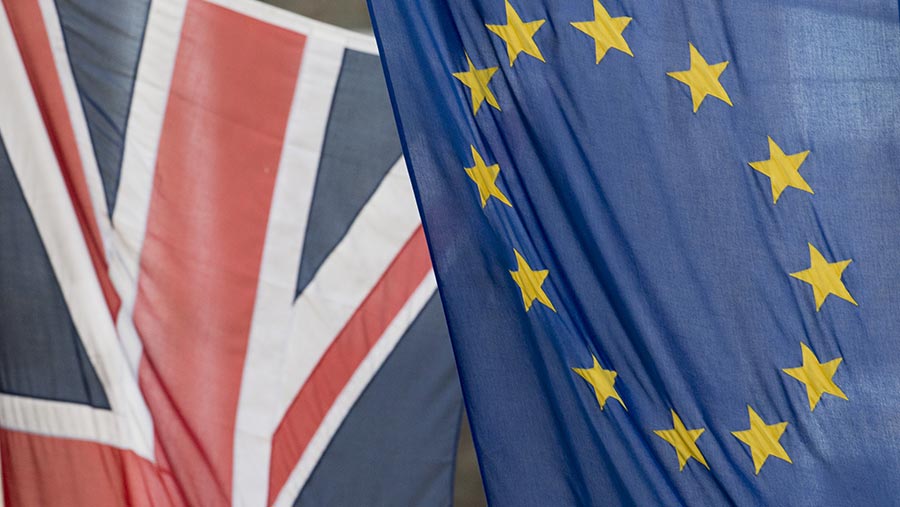 You might think since agriculture accounts for 39% of EU expenditure that our industry would feature more prominently in the public debate prior to the EU referendum. Yes, it was discussed at the NFU conference last month, not least by the Defra secretary and the agriculture minister, who (incredibly, as they work in the same office) hold opposite views.

Some delegates there were clearly impatient for the union to declare its allegiance and we can only hope this is clarified soon. But most of the rest of media coverage on the subject, so far, has concentrated on fluffy lambs and the price of milk.

Both are important, of course, but neither addresses the fundamental question of whether farming and the nation would be better off in Europe or out of it.

Later I will indicate where my vote will go. But first consider a question against the background that a great many UK farms would be bust in no time if they did not receive Basic Payments as dictated by the CAP. In passing – it’s scandalous that the RPA have not yet paid them all.

Do you trust any UK government to support agriculture to the same extent as the EU? The “leave” campaigners point out that this country contributes more to EU coffers than we get back, and that cannot be denied.

They go on to claim this means agriculture would receive the same support but from Whitehall, not Brussels.

But successive UK governments of all colours have advocated that direct payments to farmers should be abolished within the next few years. So far as I know that policy still exists.

Production subsidies have already gone and we would, if we exited the EU, be left with “becoming more competitive”.

In other words, competing against all other producers in the world, including the EU, whose farmers would still be receiving direct payments; and against third-world countries where production costs are lower and regulations are fewer.

I never expected we would achieve a level playing field but that’s the kind of competition I can do without. Indeed we’ve had a taste of it for the last few years but at least BPS payments have helped.

On the vexed question of the plethora of EU regulations; the NFU did a survey and found more than 2,700 of them related to agriculture. How ridiculous. And if we stay in the EU, every effort must be made to reduce such nonsense.

The trouble is many of those rules are gold-plated by British officials once they cross the Channel. Other member states make less fuss than we do then virtually ignore them. We, by our nature it seems, make them worse and then enforce them. It is naïve to think we would have fewer or less onerous regulations if we leave.

The truth is no-one knows what agriculture policy will look like out of the EU. All that can be safely predicted is that it will be chaotic for several years and that there will be many economic casualties.

Boris Johnson seems to be de facto leader of the out campaign and he has been critical of the CAP and payments to farmers for years as unnecessary and a drag on the community. The Treasury, which would control any support to farmers if we left the EU, is, if anything, even more hostile. Actually I don’t think I need to state which way I will vote. It’s obvious from the above.