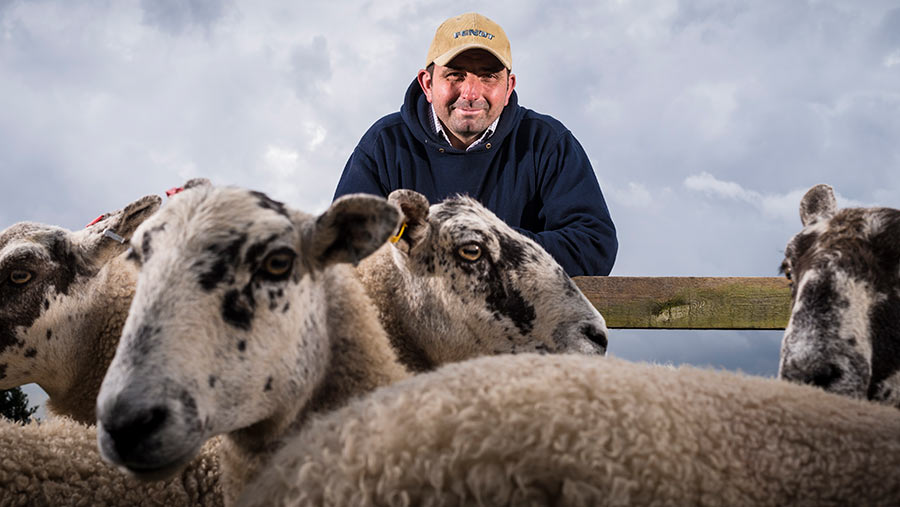 Damn it, she’s found out.

I have been living a lie with my wife for the past five years. No, I am not having an affair, but doing something just as deceitful. I’ve been lying about how many breeding ewes we have on farm.

My wife, Sally, has nothing against sheep, but reckons the sheep and dogs come before family life as far as I’m concerned.

I’m always reminded that any day off or holiday we have involves buying more sheep or somehow incorporates a sheepdog trial.

The day I proposed to her, we were spending a romantic weekend in a rather expensive hotel in the Yorkshire Dales – but obviously the dogs came with us and we ended up at a sheepdog trial at the end of the weekend. Thinking about it, she probably has a point.

As soon as we start lambing, Sally’s countdown to it being over begins and, every time I manage to fly in the house for a brew, she asks: “How many have you got left to lamb now?” After concocting a fictitious figure (OK, a lie), I shoot out of the house again.

I don’t know what it is about Herdwicks…Let’s face it, they are the Houdinis of the sheep world – we once lost 10 in our neighbour’s field of flowering OSR for two days

Sally was always under the impression that we only had 100 breeding ewes because, when I number up the ewes and lambs to go out into the field, I draw corresponding numbers on their flanks to relate which lambs belong to which ewe.

Cunningly, I had stopped at 99 and gone back to number 1, but since we’ve had Tom, who’s now a two-and-a-half-year-old toddler, she’s worked part time, so has more time to walk the sheepdogs about the farm.

One day, while doing this, she wised up to my lie and that evening, at supper time, confronted me about it. I had to come clean.

This has not made me the most popular guy in the household, so this year I have had to succumb to Sally’s wishes and put our Herdwick gimmers in lamb.

I don’t know what it is about Herdwicks – obviously their pretty little white faces make some people adore them. But they don’t look so pretty when they are leaping out over the fence trying to escape from a perfectly good pasture.

Let’s face it, they are the Houdinis of the sheep world. We once lost 10 in our neighbour’s field of flowering OSR for two days.

Anyway, the Herdwicks have lambed and probably been more trouble than my commercial Mule flock.

Here I was thinking Herdwicks were supposed to be good hill sheep.

One gimmer dropped its lamb and ran for it. Another decided to find the draftiest place in the field while Storm Katie was in full force, resulting in her tiny jet-black lamb having to be revived next to our kitchen Aga.

This was when one of those wonderful lambing moments happened.

As the lamb came to life and reared its head, my young son Tom, who can’t quite string a sentence together unless it has the word “tractor” in it, laid down beside the lamb and uttered the words “You will be OK.”

Sure enough, the lamb was and went back to its lunatic mother.

You see little miracles and then soul-destroying moments that tear your heart in two. Personally I don’t think you are a proper farmer until you’ve been a stock farmer.

Here are the bad parts:

Here are the good parts:

I sometimes wonder when I walk back from the lambing shed on a starlit night whether there is somebody else in a lambing shed, on one of those stars, as addicted to sheep as I am.

James farms sheep and arable crops on 400ha, on the edge of the Lincolnshire Wolds at Louth. He and his wife Sally have a young son, Tom.