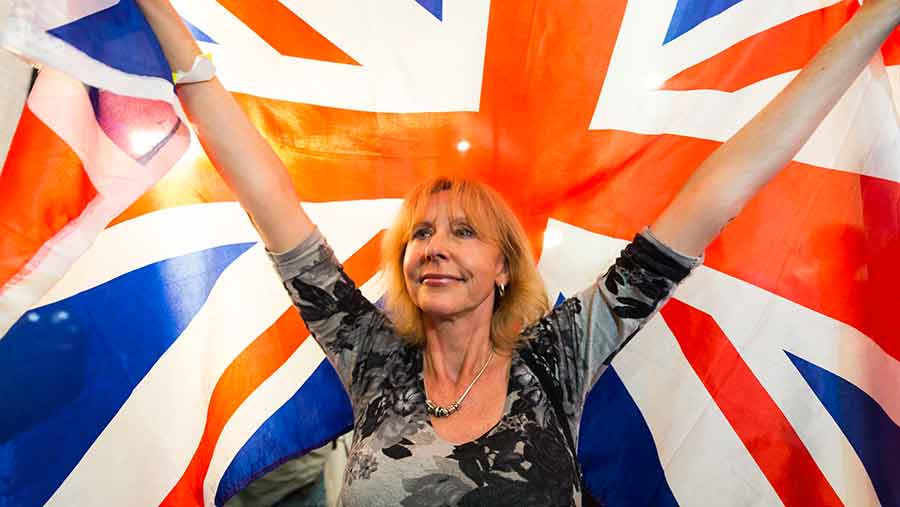 I am disappointed that the nation voted to leave the EU, despite its flaws, having nailed my colours to the Remain mast in the EU referendum.

Most rural populations wanted out, while many urban areas would rather have stayed in. Indeed, Farmers Weekly’s straw poll of its readers conducted over the period of the campaign anticipated this result.

Farmers who rely on migrant labour will have voted to stay in, but those who voted to come out to express disillusionment at what they saw as over-regulation and the unelected bureaucracy in Brussels were aiming much of their anger in the wrong direction.

It has been Whitehall bureaucrats who have gold-plated EU regulations and made them more onerous in this country and inefficient UK administrators in departments such as the RPA who have made many British farmers’ lives miserable.

Be that as it may. We are now faced with a totally different situation to that which ruled prior to the referendum.

The British government has a blank page on which to write a new policy for agriculture. And farmers’ leaders must demand that the promises made by the Brexit campaign are kept.

My fear before the vote on 23 June was that agriculture would be low on the list of governmental priorities should we leave and that hasn’t changed.

Moreover, Boris Johnson has said several times that the CAP is an anachronism and a waste of taxpayer’s money. But whether he, or some other candidate, occupies No 10 Downing Street once David Cameron has left, it is incumbent on him or her to appoint someone to lead Defra who understands agriculture and who will fight tooth and nail for its interests.

Those interests are parallel with those of British consumers. For although our self-sufficiency in food has been declining fast in recent years in favour of imports, I remain convinced that the time is not far off when increasing home production will be vital once again. Indeed, our imminent departure from the EU may well hasten that day.

Anyway, what’s done is done. So why wait for politicians to negotiate Article 50 to complete the split? We’ll soon be on our own, so let’s get on with what we most need.

And whoever runs Defra can no longer use the excuse that Brussels or the European Parliament won’t let us do things.

The present government has, for instance, declared itself in favour of sound science, but has been inhibited by the German Greens. That argument no longer applies. So, there should be no need for prevarication over the safety of glyphosate. It is safe; it is vital for UK agriculture; its long-term legality should be assured.

It’s a similar situation with neonicotinoids. They are not harmful to bees. We wouldn’t use them if they affected pollination. We can ignore noises from across the Channel and use them.

Furthermore we should reinstate some of the chemicals withdrawn for dubious reasons. We could begin to plant GM crops; subsidise commodities where markets fail; and so on.

Most important of all is the restoration of policies that allow profitable production. For too long we have struggled against unfair competition and cheap imports produced in ways illegal in this country. Many farmers have been destroyed on the altar of free trade.

But ours is an industry that not only produces food but also the environment which we love. As such, it must be supported and, if necessary, protected, as it might have been in the EU.