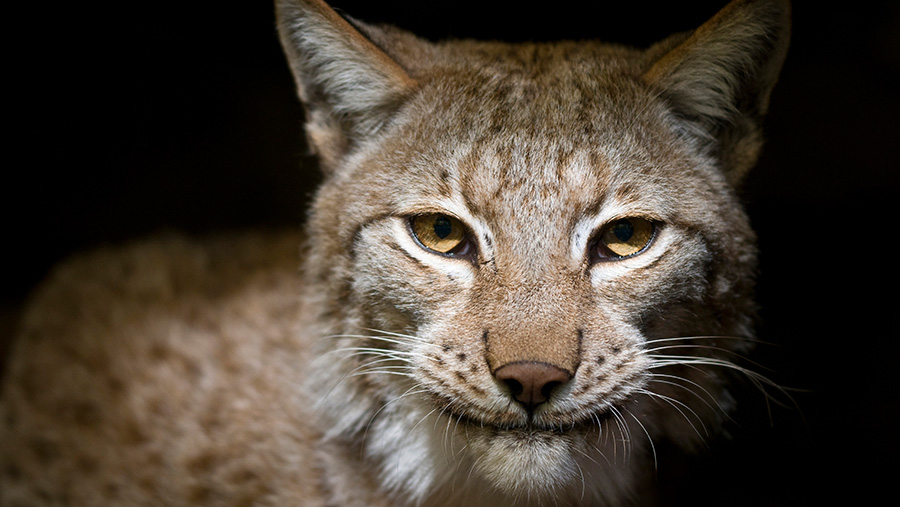 When I first heard that Kielder was going to be overrun with lynx, I thought it must refer to an influx of teenage boys on an outward bound course, perfumed by their favourite deodorant in the absence of soap.

In fact, the proposal is to “reintroduce” into Kielder Forest, on a trial basis, the Eurasian lynx, a species extinct in this country for at least 1,300 years.

The announcement that Kielder had been chosen as the test area came as a surprise to locals who didn’t know they had made themselves available for selection.

The first local consultation meeting was reported to have “ended in chaos”, partly in reaction to the project team’s bold contention that the countryside was dying on its feet.

Some of the locals feel that tourism is thriving, with the dark sky reserve and the observatory and the rise in visitor numbers.

Elizabeth Elder and her husband Jake run sheep and cattle on 235ha of hill ground in Northumberland.

Furthermore, you do wonder how many high-spending visitors will flock to the area to see a feline described on Lynx UK Trust’s website as “solitary and secretive”, which only comes out at night and which disappears at the first scent of a human such that “to see a lynx in the wild is the rarest of pleasures”.

Rather a niche market, one might think, and hardly the type of attraction that will draw 21.1% of the population of the North East during the five-year trial period, spending £43.11 each in the process. Yet, these are the heroic assumptions underlying the project’s economic projections.

As far as I can see, the project team is putting forward two main arguments to support its case.

First, that lynx will help control the deer population and secondly that there would be net economic benefits estimated at £30.5m.

However, if deer management was the primary concern, why not just increase culling? As to the economic benefits, the case – as currently presented – is simply not credible.

There is no supporting market research or data from similar UK or European projects.

It wouldn’t be good enough to support a loan application for a nail bar, let alone a plan to introduce an alien predator into the UK.

The project is being proposed by the Lynx UK Trust, not in answer to a UK need, but because of its own desire to boost the worldwide population of lynx.

It is clear that given the opportunity, lynx really are partial to killing sheep.

The consultation document shows in Norway an estimated population of 600 lynx killed 18,924 sheep in three years, about 10.51 per annum each.

The trust blames the Norwegians for allowing their sheep to have access to woods and forests.

Keep them away from woods and get some guard dogs and the losses will be limited to 0.4 sheep per lynx per year seems to be the message.

However, our sheep ground is interspersed with woods and forestry, as are most Northumbrian sheep farms. If the lynx becomes permanently established in larger numbers, as is intended, we will all be affected.

What if the population really takes off? With no natural predator in the UK, how would they be controlled?

Why should sheep farmers have to put up with this? This is not about compensation for loss – there should be no need to suffer the losses in the first place.

It does not seem the UK has any compelling need for this project, which may have undesirable consequences once a larger population is established.

There should be no trial – the project’s overall purpose is flawed.

Far better to conserve the lynx in the environments that have supported them in the past 1,300 years.