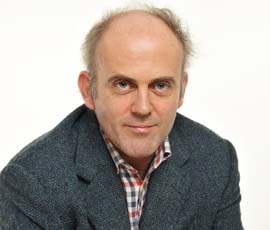 Once upon a time a farmer decided to give his wife a surprise birthday present of two pigs.

On the big day the farmer ushered his beloved into the Land Rover, to which he’d attached a small livestock trailer, and off they headed on a “mystery tour”.

His beloved’s excitement grew and grew as the Land Rover twisted and turned through the narrow country lanes until, behold, Hog Wash Farm. How she delighted at the sight of 23 crossbred piglets, who danced up to her to have their tummies scratched.

While she made her choice of pigs, the pig farmer frowned and gestured the farmer towards the farmhouse. There was a problem: the BPEX online pig movement service would not recognise the farmer as a registered keeper of pigs.

Because of this the pig farmer had not been able to issue a Report of a Farm to Farm Movement made under the General Licence for Movement of Pigs. “What?” exclaimed the farmer. “But I registered as a pig farmer with Animal Health ages ago.”

The pig farmer said that no movement of the pigs could occur until his computer would print out a form. So the farmer, using words that it was just as well his beloved could not hear, whipped out his mobile and phoned the BPEX helpline.

All was soon straightened out and the man at BPEX was most apologetic. He explained that it was not always the case that “the information given to Animal Health gets through to us”.

And so it was that the pigs, having been slapped with the herd mark of the farm of origin, were loaded onto the livestock trailer and the couple headed for home clutching their filled-in form.

But his beloved’s jollity gradually gave way to fretfulness as her husband handed her a bundle of DEFRA leaflets saying, “Better get it right, my darling – Single Farm Payment cross compliance fines if we don’t!” The pile of paper included “A guide for new keepers of pigs”, “New pig identification rules” and “Pigs – code of recommendations for the welfare of livestock”.

By the time the Land Rover had chugged back to the farmyard the pair had fallen into a state of gloom – was it really necessary to create a movement book and medicine book for two little pigs? Moreover, what was the exact standstill period for the farm’s 2,000 head of sheep and 200 head of cattle now that they had just “imported” these two trottered beasts?

Never mind, thought his beloved, at least the pigs seem to be enjoying themselves rooting around in the straw of the trailer. She wanted to show them off around the village straight away as they seemed happy to follow her anywhere.

She had visions of tartan collars and leads. But the farmer had to tell her that she would first have to apply for a pig walking licence from the local Animal Health Office; a very nice person from DEFRA would come out to the farm and approve a set route. “But I might want to walk another way sometimes!” she wailed.

“Oh well,” she cried, trying desperately to lift her spirits, “at least we can feed him the waste outer cabbage leaves and carrot tops that don’t go into our delicious lunches.”

The farmer looked up, but his wife had rushed indoors and locked herself in a darkened room. The pigs merely grunted.

Stephen Carr farms an 800 hectare sheep, arable and beef farm on the South Downs near Eastbourne in partnership with his wife Fizz. Part of the farm is converted to organic status and subject to a High Level Stewardship Agreement.

What do you think about red tape in farming? Have your say on our website forums.