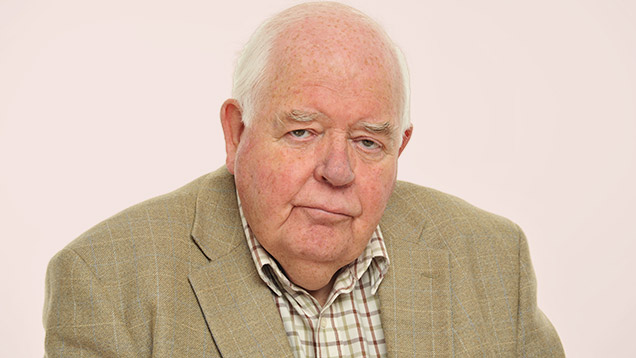 I have never met Professor Anne Glover, but by all accounts she is a highly talented, independent scientist.

A few years ago she was chief scientific adviser to the Scottish government. Then she was recruited to do the same job for the president of the EU Commission.

But a new president has just taken office – former prime minister of Luxembourg Jean-Claude Juncker – whose appointment, incidentally, was opposed by David Cameron. One of Juncker’s first executive actions was to sack Prof Glover. He then went on to abolish the post of scientific adviser.

See also: More from our other columnists

So, now we have a president of the commission whose guidance will come from other politicians, who are themselves influenced by the twin forces of their obsession to be re-elected and the pink and green pressure groups that seem to set the political agenda across Europe.

Independent scientific evidence will presumably have no place in their deliberations. And EU legislation will plunge deeper into outdated and wrong-headed policies.

The main reason for Prof Glover’s dismissal seems likely to have been her advocacy of genetic modification. Indeed, she reportedly said at a conference in Scotland a few months ago that “there was not a single piece of scientific evidence to support bans of biotechnology”, highlighted how no other foodstuff had been so thoroughly investigated, and claimed that opposition to GM and the benefits it can bring is “a form of madness”.

Such comments would have been like waving a red flag at a bull to Mr Juncker. His country, Luxembourg, had previously joined with France, Austria, Greece and Hungary in calling for GM to be banned on political grounds. So perhaps Prof Glover made her speech in frustration at being ignored. But her departure will have satisfied the MEPs of those countries espousing their Luddite views, together with Greenpeace, Friends of the Earth and their fellow travellers.

But what a sad day for Europe, for agriculture and for future prospects of feeding an increasingly hungry world.

I admit I had allowed myself to become more optimistic about the new technology being accepted in Europe as it is in most of the rest of the world.

Demonstrations against GM at Rothamsted and the John Innes Centre, which a few years ago were noisy and troublesome, have only attracted a handful of extremists recently.

An NFU survey earlier this year suggested a greater degree of understanding between farmers and UK consumers than for generations. Maybe the historic hostility between us is receding, I thought.

Organisations such as Leaf, with Open Farm Sunday and other activities to connect with consumers, and Face, which issues educational materials to schools, are working hard to improve matters and are succeeding with those with whom they come into contact. Even so, most people of this country are not fortunate enough to benefit from contact with such organisations.

And yet, I believe if it were left to Britain, GM could soon become acceptable to most producers and consumers. I can only assume, given the MEPs other European countries elect to the European Parliament, that relationships between farmers and urban dwellers is far worse in Europe than here.

It is a perplexing paradox that the Common Market, the forerunner of the EU, and the Common Agriculture Policy were mainly established to ensure people were properly fed following experiences during the Second World War, when many across Europe were close to starvation. And yet many of the successors of the founders of that union now seek to inhibit agricultural progress.

David farms about 400ha (1,000 acres) of arable land near Norwich, in Norfolk, in partnership with his wife Lorna and his son Rob.