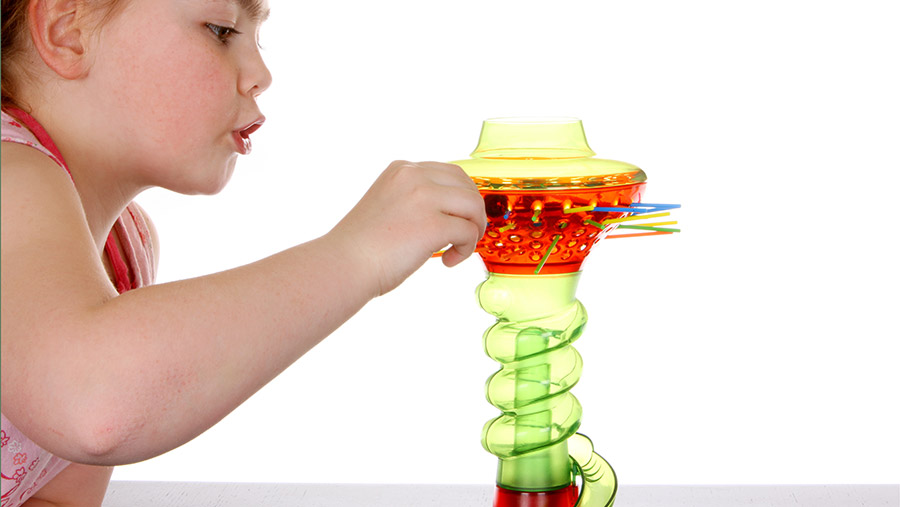 Such is the glamorous life led by the vice-president of the NFU, I’ve got to know the city of Reading and the staff of the Rural Payments Agency (RPA) quite well over the past year.

I can’t say the BPS saga has been the most hilarious chapter in my life, but it has had its lighter moments.

One such moment was when I was with an NFU delegation talking to RPA top brass. One of the RPA men – whose name shall stay unmentioned – was trying to explain that the way BPS payments were processed was not unlike a game of Kerplunk, in that as claims became fully processed they were loaded like balls into the tower and then the final filter straws were slowly pulled out to see how many balls dropped through for final payment.

On hearing this, one of our number, known for his dry Shropshire wit, remarked: “So are you telling us that RPA staff spend their days pulling at straws hoping their balls will drop?”

If ever there was an exercise in expectation mismanagement, then it has been masterminded by the RPA since 1 December when it started making payments.

From that point on, too many of us were logging on to our internet banking every morning in the hope we would be smiled on by the RPA. Most of us would remain unrequited and frustrated. You could almost hear the collective blood pressure rising.

As unpaid bills started to pile up in the office drawer, the anxiety became palpable. It wasn’t just not having the money, it was also the not knowing if it was imminent.

It doesn’t matter what it is, whether it’s school dinners or pain relief medication, if you hear other people are getting theirs while you wait, then the anxiety feels more pronounced.

To compound this anxiety, the RPA seemed incapable of providing an explanation as to why payments weren’t hitting certain farmers or when they were likely to.

No one can run a business not knowing if money owed will be paid, least of all when you are already crippled by inadequate cashflow from low commodity prices. And to put the cherry on this cake of “disquiet”, the RPA insisted on using ambiguous language such as “the vast majority will be paid by the end of January”, leaving no one particularly wiser with most just more confused.

At the time of writing, there are still 20,000 farmers waiting for payments with little idea when they are going to see them. It’s now approaching 100 days since the opening of the payment window. For this many farmers to be in this position this late on is simply unacceptable. The RPA must now issue part-payments to these farmers.

In defence of the RPA, it was not the initial villain in this sorry saga. It was other offices in Whitehall that took the fatal and foolish decision in 2014 to go “digital by default” without checking if the IT worked or without putting a plan B in place.

The staff at the RPA have worked hard to dig themselves out of the mess they found themselves in back then by getting 70,000 paid by now. However, the RPA has made the situation much, much worse through shambolic communication.

For fear of sounding like Chairman Mao, who insisted his civil servants spent time working on the coal face so they understood the position of the ordinary man, I’m tempted to suggest senior RPA and Defra staff would do well to spend time in farm offices as people wait for their BPS payments.

It’s stressful and it makes running a farm business significantly more challenging. I should know, I’m in that unfortunate club.