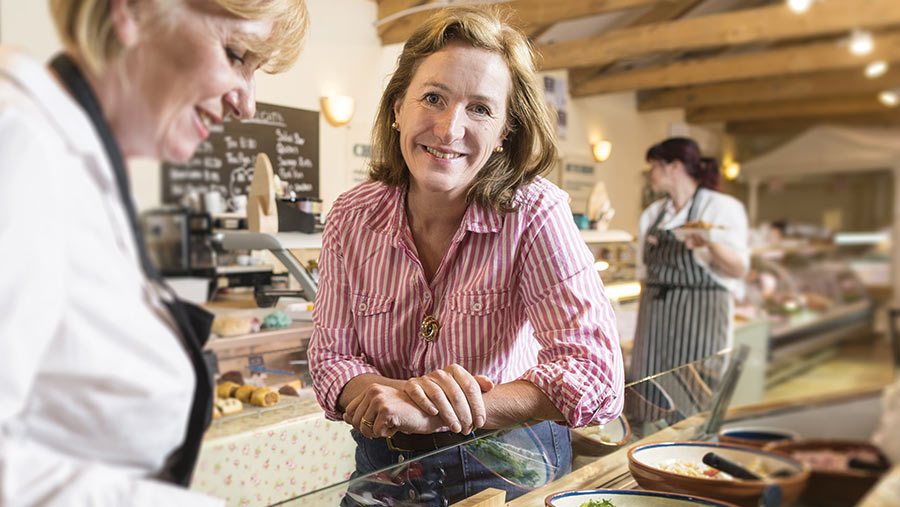 We all hate change.

My lovely team here always get upskittled when change is in the air – a new department manager, a new way of serving customers, a new points system for cleaning. All introduced to make our company better, but still provoke worry.

Farmers have, of course, gradually been forced to face change – primarily in years of low commodity prices.

At the National Farmers’ Retail & Markets Association (Farma), we see many more enquiries about direct retailing of produce in lean times and far less in times of plenty. We understand how the tractor dealers must feel – make hay while the sun shines, which will help you get over the rainy days.

Lately, we have seen a big rise in the number of farmers wanting to join Farma. We have cattle farmers wanting to sell boxed beef, dairy farmers going into ice cream, yoghurt or cheese, pig farmers making sausages, and vegetable growers adding value.

How on earth can they make a go of it, you may ask? There is plenty of market out there if you make a great product and sell it well, at the right price.

Think of all those people eating supermarket beef and sausages, plastic mass-produced cheese and yoghurts with more sugar in than milk, and less and less people eating unprepared veg.

Business preparation is the key. The most successful farm retailers I know are those who undertake extensive research. If only the current husband and I had done the same instead of looking at each other in the pub, agreeing a way forward and then jumping in, we would certainly have been more successful, more quickly.

Sally Jackson and husband Andrew farm 364ha just outside Scunthorpe in north Lincolnshire. They have a farm shop, The Pink Pig Farm (a former winner in the diversification category of the Farmers Weekly Awards), with a 90-seater café and farm trail. Sally is chairman of the Farmers’ Retail and Markets Association (Farma).

What neither Andrew nor I lack, though, is the ability to change. Andrew, being the real farmer, takes a while to change his way of thinking as the process involves talking it through, drinking a few pints, thinking it through some more, being shown a spreadsheet that shows how we can save/make money, then and only then, is the decision made.

My problem is that I decide to do something and want to do it now, without really thinking it through. We make a great team.

We have recently applied for a small grant to build a new activity centre/toyshop, refurbish the entrance to the shop and improve the road/car parking.

In doing so, we had to produce a three-year cashflow. I like figures, but I’m not very good at disciplining myself to sit down and really analyse what is happening. The results were gratifying. Rather like my youngest, aged 18, saying “do you know Mum, exams are so much easier when you’ve done some revision”, my work has given me a better insight into where the business is going – why did it take us both so long?

When Andrew is going to buy a new piece of tackle, the spreadsheet comes out; he lists all the benefits, how much it will cost him, how much it will make him. He works out depreciation and speaks to endless dealers while scouring the internet for the best deal. Why does this not happen in other areas of the business? It should.

The son has also embraced change and asked his techie boss for two months off to go travelling. His boss – running 120 “coders” designing online gaming sites – agreed to let him go, provided he kept in contact remotely and was ready to jump in if his input was needed on a project he was running. How refreshing.

I’m not sure this would have happened in many other industries, but jobs in technology are hard to fill and maybe he just wanted to keep the lad on board.

I must admit to feeling a twinge of jealousy as he set off, with a minimal backpack. “Don’t need much Mum, just three T-shirts, shorts, toothbrush and razor.”

Maybe Andrew and I should have a gap year now – we could go and join him in Vietnam? That would shock him. He has already sent Andrew a photo of Vietnamese carrots; he sure knows how to keep his dad happy.

The worry of the changes to be made ahead are greater than the actual event itself. My team, like many people do, worry about a new manager so much that I almost “forget” to tell them now when the new person is coming. When they do arrive, the team are usually pleasantly surprised that I have managed to choose someone both capable and nice.

The current husband is forever worrying about the heating bills – actually I don’t know one farmer who doesn’t. He was bringing me a cup of tea in bed (I know, he spoils me rotten), when he said: “I turned the heating up last night, but this bedroom has shot up to 15C so I’ve turned it down.” Just as my nose was starting to defrost.

Nothing has been more true in the current agricultural climate. We must all embrace change or fail.