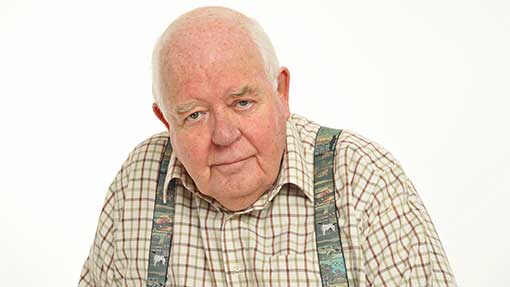 I saw my first driverless tractor about 50 years ago at Silsoe.

At the time, the Bedfordshire mansion was the home of the much-missed National Institute of Agricultural Engineers (NIAE). Technicians there had designed a system for the repeated spraying of fruit trees and vines against diseases.

They had mole-ploughed an electric wire between the rows and fitted sensors to the front of the tractor that followed the wire. It enabled precision applications and saved labour but more particularly avoided exposure to chemicals.

The idea never caught on with arable farmers, possibly because at the time we were not in the habit of repeated spraying of broad acre crops. It was the mid-1970s before we began to realise the benefits of spraying and fertilising grain crops a number of times and the need for more precise applications became clear.

Indeed, I originated the word “tramlines” to describe how drilling, spraying and fertilising could all be integrated so as to avoid random wheelings through crops. I wish I’d been able to claim royalties on the use of that word since.

A variety of auto-steering and satellite guidance systems followed more recently as technology became more sophisticated and these days you seldom see the wriggly lines of cultivations and drilling that were common (on some farms!) a few years ago. In other words we have cracked the problems of precision.

But are those impressive straight lines the end of the story? Most of us have bolted these new gadgets onto tractors that get bigger and heavier every year. And I am not the first to wonder what damage we are doing to our soils when we run over them with such huge tackle.

Boffins tell us that wide tyres and correct tyre pressures minimise the harm we do and are kinder to soil structure than conventional narrower wheels. But it seems to me the weight of steel must have a cumulative effect and cannot be right in the long term.

At the recent Norfolk Farming Conference, there was a speaker who felt even more strongly than I do. Prof Simon Blackmore is head of engineering at Harper Adams University. Most farmers wanted to reduce their impact on the environment, he said, but their use of huge tackle contradicted that objective.

Such machines also reduced the work window when they could be used. In other words, because of their weight and size and their propensity to get stuck in mud they could not be used until the soil had dried sufficiently.

Reinforcing the point, he disclosed that up to 96% of field compaction was caused by tyres in random traffic systems. What is needed, he said, is a system that eliminates most of those wheelings; that enables minimal cultivations – such as slot seeding or micro-tillage – and can be carried out when needed and not only after prolonged dry weather.

His solution was small robotic tractors controlled electronically by technology that already exists. He had developed prototypes and is at the cutting edge of such developments. His slides demonstrated that they damaged wet land less than a human footprint.

What Prof Blackmore proposed would turn the trend to bigger and bigger tackle on its head and that will not be easy. But he convinced me with his arguments and I believe and hope the farm machinery fraternity should take notice.

What do you think about this subject? Have your say on our website forums .