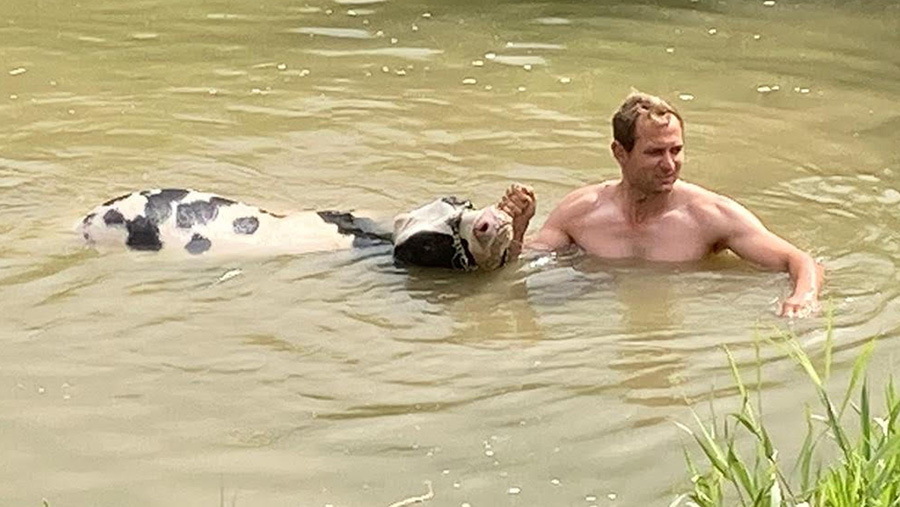 A West Sussex farmer has rescued a six-month-old heifer from the River Adur.

Ryan Gue took to the water to help the stranded animal after it had wandered into the tidal river at Huddlestone Farm, Steyning.

“It happens about once a year,” said Mr Gue, after a walker spotted the pedigree Holstein and raised the alarm.

“You can spend a few hours trying to coax them out and trying to encourage them back on to the bank, but inevitably you end up jumping in anyway, so it’s better to just bite the bullet when you first see them.”

With the banks of the river steep and the sides soft silt, stock struggles to walk out and, if the tide is going out, the danger is they could head seawards, where the river is wider, he explained. 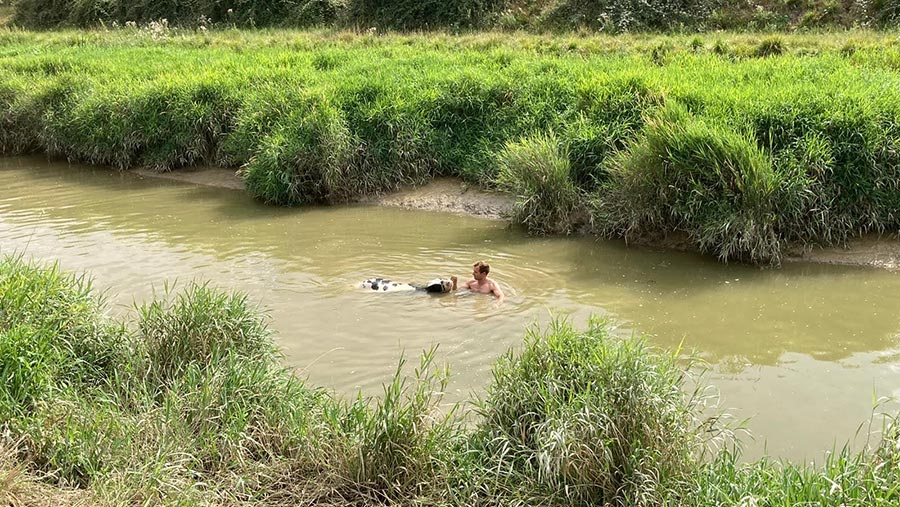 “If they’ve been in the water for a few hours and are exhausted, they can just give up on you, but we knew about her early so she had quite a bit of energy,” said Mr Gue.

“She didn’t look too distressed, but it’s always a bit of a risk doing something like this.”

He was in the water for about 20 minutes, getting a halter on the animal and dragging her to a section of bank where the gradient was lower so she was easier to pull out. 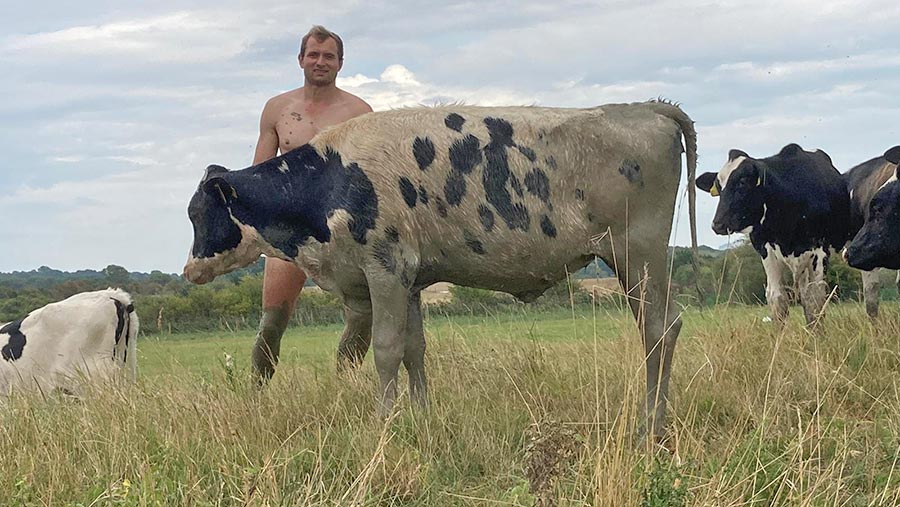 “Afterwards, I washed myself off next to a water trough then went on to feed some more heifers.”

Mr Gue’s girlfriend, Lydia Nicklin, described him as “the sort of person who just gets stuck in”.

“When I asked him about his day, he told me about it like it was the most normal thing ever. I was very proud of him.”