Farming took centre stage at the Lord Mayor’s Show in the City of London last weekend when the NFU and New Holland supported the Worshipful Company of Farmers with a loud and clear message – “We’re proud to produce your food”. 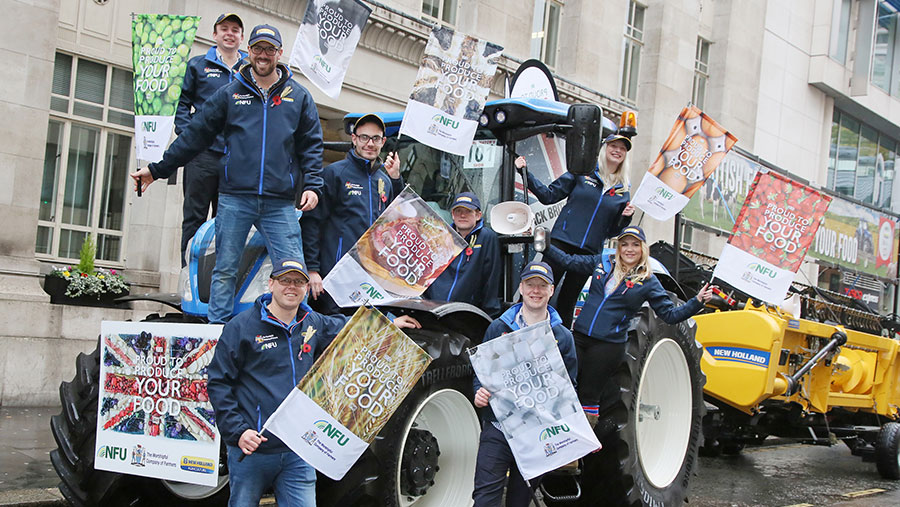 Led by the newly installed master of the company, Julian Sayers, the parade featured a New Holland T7 270 tractor, built at the company’s Basildon plant, and a CR8 80 combine harvester, equipped with a 20-foot header. 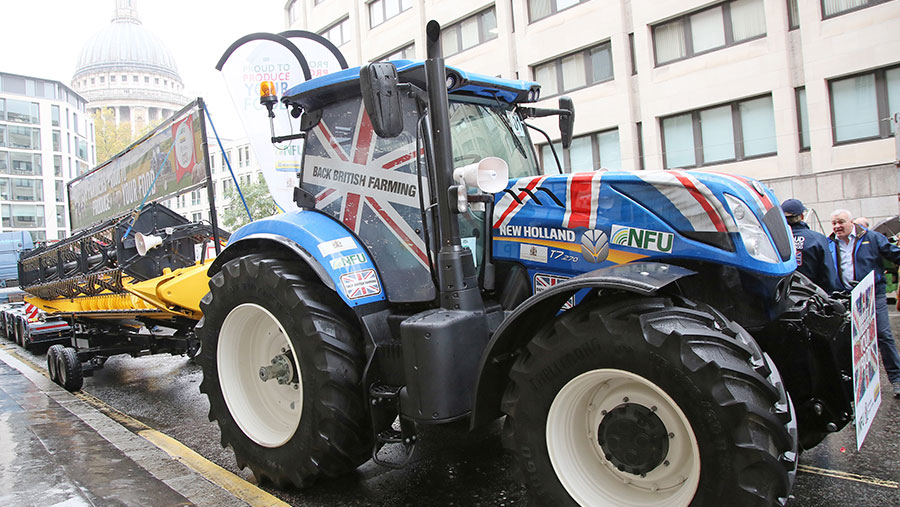 They were chosen after the NFU launched a nationwide search to find young farmers who have made an outstanding contribution to the agricultural sector. 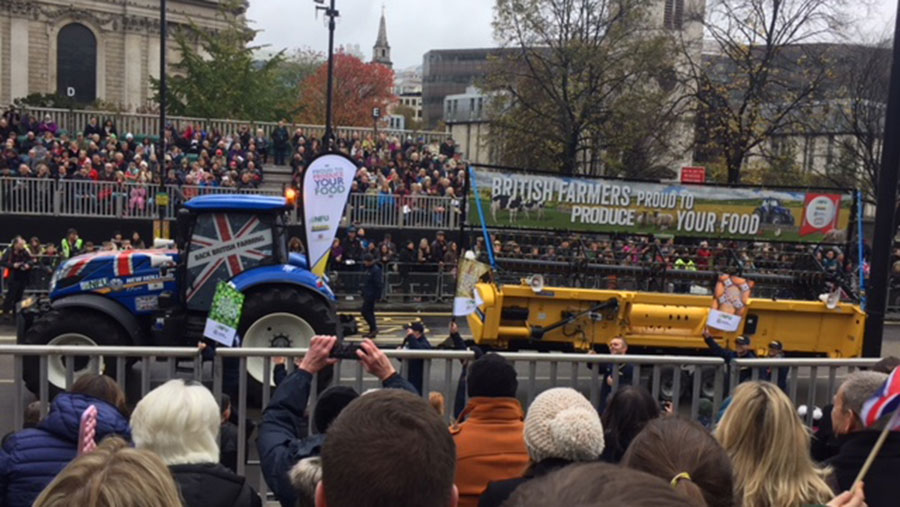 “The Lord Mayor’s Show is an ideal showcase to tell a largely urban audience about the importance of Britain’s farming industry to both food production and care for the countryside,” said Mr Sawyer. 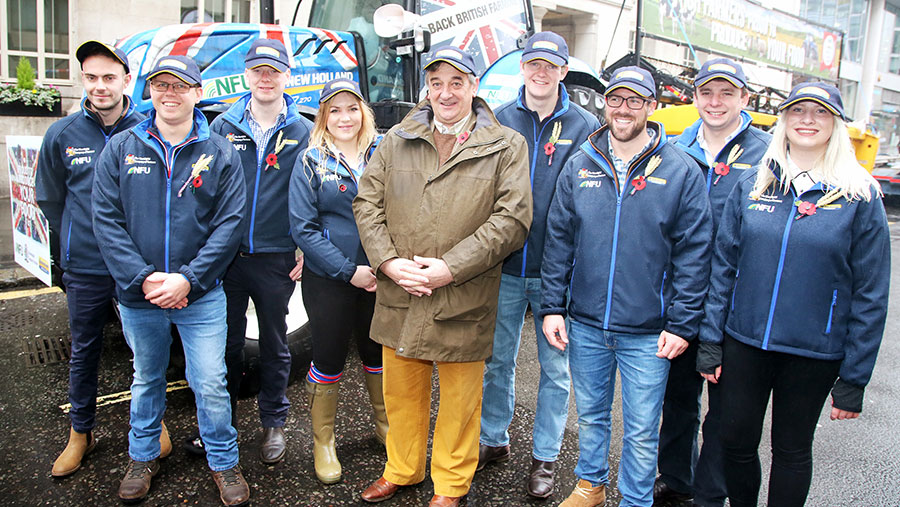 “Our livery Company’s purpose is to inspire, encourage and develop excellence in the management of UK agriculture.

“Thanks to the support of the NFU and New Holland, we portrayed both the innovation of the industry and the passion of the farmers of the future.” 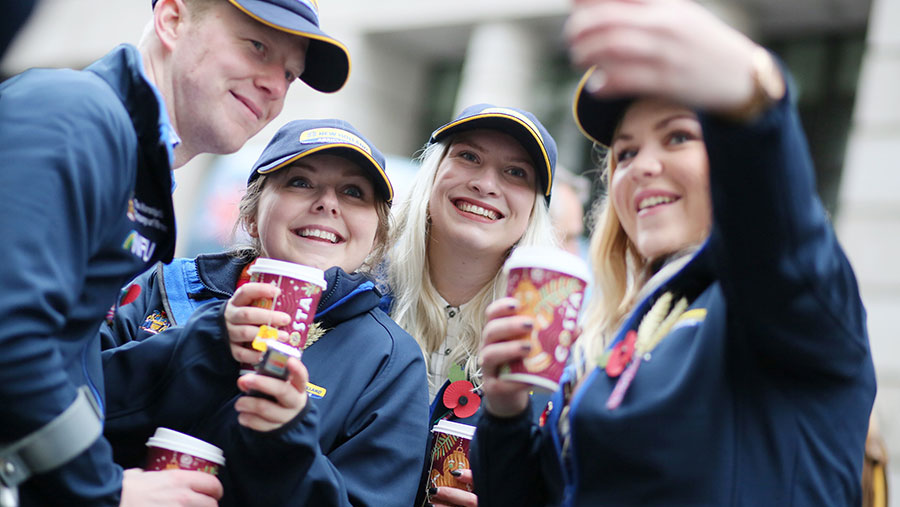