Prince Charles has always been a passionate supporter of the UK farming industry, referring to farmers as the backbone of the rural economy.

He is a staunch defender of hill farming and family farms in particular and an advocate for organic farming systems.And while his views on GMs can be controversial, he is not afraid to speak out on issues such a food security and imports.

To mark the 60th birthday of the Prince of Wales (14 November) Farmers Weekly has collated some of his thoughts about the farming industry and some pictures:

“I think we would be foolish to expect that we can import everything from somewhere else and imagine that this is going to last forever, and ever and ever.” On the issue of food imports in a BBC interview in 2005 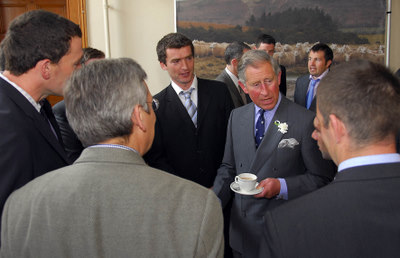 “Our hill farmers, of course, play an utterly invaluable role in maintaining some of this country’s most beautiful and much-loved scenery. They are a unique part of our heritage and culture, and vital producers of food. Their skills have been built up over generations, just like their herds and flocks. And continuity of management is what farming is all about.” Writing for Farmers Weekly magazine in 2007

“I am told that what makes mutton so important is that many of our native breeds are best suited to its production. It is also a fact that most sheep farmers are in the upland or marginal areas and practically all are family farmers. It is absolutely essential that we do all that we can to protect them.” At the launch of a campaign to promote mutton in 2004. 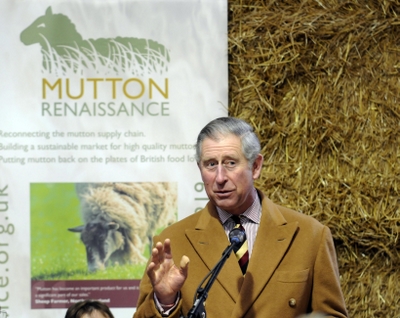 “They [farmers] can be guardians of food security in an ever more uncertain world, nurturing biodiversity and caring for and protecting the countryside. All our efforts must now be put into encouraging consumers worldwide to demand and buy locally-sourced and regional produce. This is the way in which they can help secure the future of family farmers and thus the very existence of the countryside.” Speaking at a conference in Devon in 2005

“Horrendous blot on the landscape.” The Prince’s views on wind turbines in 2004

“It would make such a difference if we could see more cooperation among farmers,” Speaking at the Royal Welsh Show in 2004 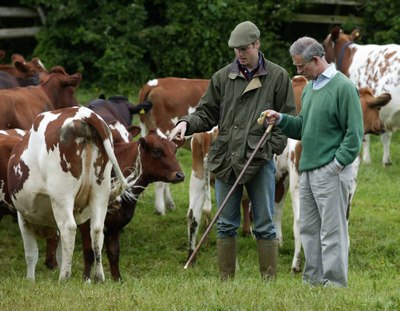 “If they [GM crop development firms] think this is the way to go we will end up with millions of small farmers all over the world being driven off their land into unsustainable, unmanageable, degraded and dysfunctional conurbations of unmentionable awfulness.” The Prince speaking out against GM crops in an interview with the Daily Telegraph in 2008

“Our public bodies buy enormous quantities of food. Just imagine the amount of food purchased by our hospitals, armed forces, local government, schools and universities. What an impact it would make on the viability of the British farmer if each was to ‘buy British’ and preferably, buy ‘local’.” In an article for Farmers Weekly in 2002. 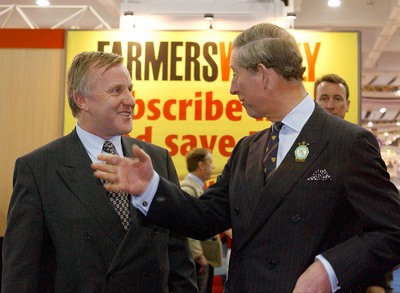