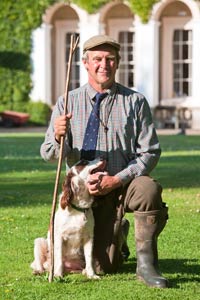 Three finalists are vying for the title Farmers Weekly/CLA Game Fair Gamekeeper of the Year 2009. This week Tessa Gates meets a contender from Devon

Wild boar, beavers, a music festival in the middle of the shoot, visitors by the thousand – tenant-farmer-turned-gamekeeper Reg Hawkins takes them all in his stride on the Escot shoot.

Reg grew up on Escot Estate, near Ottery St Mary, Devon. It has been both home and workplace, as, like his father before him, he was a tenant farmer there.

“I handed in my tenancy in 1999; I have three sons, but none of them was interested in farming,” says Reg (59), who used to beat on the shoot he now manages.

He has seen many changes not least the impact of the A30 dual carriageway being driven through the estate and the best covert, when it was built in 1997.

With the A30 came “Swampy” and his band of protesters, who, having failed to stop the road, turned their attentions to the Escot syndicate shoot, threatening to fall from the trees claiming to have been shot at on shoot days. The shoot was disbanded. 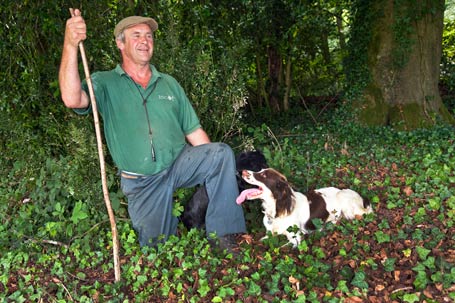 Eventually they moved on and a year later John-Michael Kennaway, who with his wife Lucy, runs the 1200-acre estate, decided that the shoot should be revived, but in a new form.

“We wanted a no-stress family shoot; 10 guns, all relatives and friends, with a part-time keeper. There would be no vehicle costs, and beaters who worked at least two days would not be rewarded financially but with a skittles and supper evening, a brace of birds each day and shooting on three or four days in January,” says John-Michael, whose family have held Escot since 1794.

John-Michael had retained the keeper from the old shoot, but he was suffering from back trouble and that is where Reg came in. “He asked me to feed his poults for a few nights and I have been doing it ever since,” jokes Reg.

From temporary help, he eventually took over the 600-acre shoot as a self-employed gamekeeper. “I had never worked for anyone, but myself until I was 50 but the boss is fine,” says Reg, who also does work for John-Michael’s aquatics business.

The boss seems pleased with him, too. “Being a conscientious farmer all his life, Reg’s attitude to livestock and wildlife is first class – he cares for his surroundings and is a true champion of the countryside,” says John-Michael. “Also he excels at liaison with tenant farmers, foresters, dog walkers, local and visiting public, explaining the benefits of all the conservation work we do here.”

The conservation work includes the restoration of water meadows. Old leats once again flow, water splashes in the meadows attract wild duck and are now part of a water vole release programme. The river Tale flows through the estate and that, too, is much improved since fencing to keep cattle out has been erected.

“Its made a tremendous difference and there are more fish in it now,” says Reg, pointing out the wild brown trout.

Mink are trapped and sent to Exeter University for research, but they are not the only pests to be “recycled”. A constant war is waged on grey squirrels and these go to the survival school on the estate, where students skin and cook them for supper.

With the benefit of various Game and Wildlife Conservation Trust short courses under his belt, Reg has proved himself skilled and enthusiastic in his “second” career. He manages a shoot under circumstances that would daunt a lesser keeper.

For a start, this beautiful estate attracts thousands of visitors each year to its gardens and woodlands. They come to see the wild boar, red squirrels and seahorses (the estate is home to the Sea Horse trust), to take falconry courses and even to get married. Then there are the schoolchildren who visit the outdoor educational centre, or attend birthday parties complete with muddy swamp walks. If that wasn’t enough public access for any keeper to contend with, there is an annual music festival that attracts 13,000 people.

“We buy in pheasant poults at the end of August, once the music festival is over, to avoid stressing the birds,” says Reg. He tends the 1000 pheasant and 250 mallard he releases, alongside a range of other duties, including the sole charge of a pair of beavers in a 2-acre natural enclosure, and a troupe of wild boar.

Shoots begin in November, once a fortnight until Christmas. Bags varied from 45 to 87 last season. “The first drive is usually duck and we get some really sporting birds,” says Reg. “I like everything done properly and for the sport to be enjoyable.”

There are seven drives – most of them variable – mainly round the park. They produce good high duck and pheasant. Some 40-50 acres of woodland are not shot until January, then guns can expect to see some woodcock.

Reg has proved a success as a gamekeeper, but hasn’t given up farming entirely – he still keeps a few animals. “Play farming my wife calls it,” he says, happy to have the best of both worlds.