Few professions blend so seamlessly with a sport as farming does with rugby.

As the world’s eyes are fixed on the Rugby World Cup in Japan, Farmers Weekly has assembled an international XV of farmer-players who each bring a relentless work ethic and mega-fitness to the tournament.

Juan Pedro Rombys, Uruguay
Juan followed his father in to the family machinery contracting business based in Paysandú, in the far west of Uruguay.

The business has its own seeders and combines and works mainly with maize, wheat and soybeans.

The 32-year-old has played 35 times for Uruguay, including appearances in all four of this year’s Rugby World Cup matches, in which the South Americans registered a famous victory against Fiji.

Juan told Farmers Weekly, “When I started playing rugby at the age of 12, I felt that this sport fit in well with my values of life and work.”

Rory Best, Ireland (Captain)
As the present Ireland captain, Rory Best has an impressive CV. Awarded an OBE, the Ulsterman has also won two Six Nations grand slams, appeared in as many Lions tours, and is his country’s third most capped player.

Off the rugby field, the hooker lives on his beef and arable farm just south of Belfast in County Down. The family has a pedigree Aberdeen Angus herd on the 200ha farm. 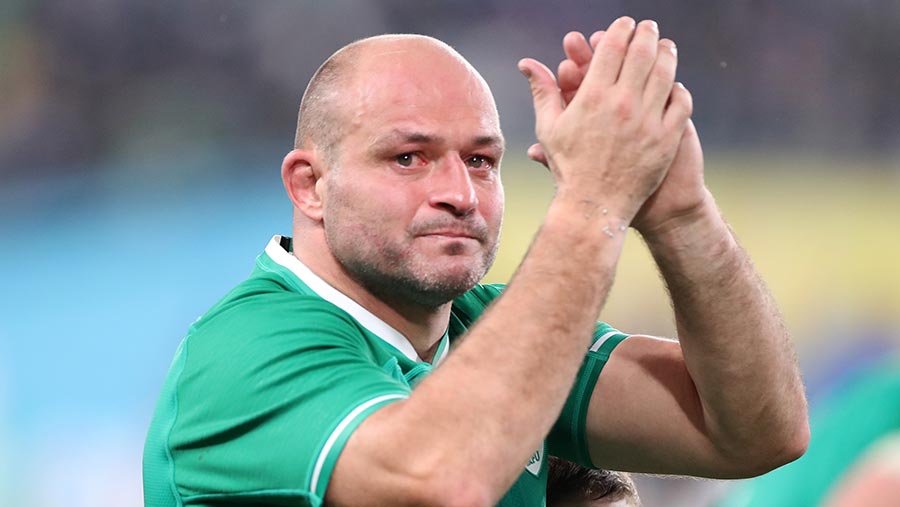 AJ de Klerk, Namibia
Nicknamed “Tjoppie” (Chop), AJ de Klerk is playing in his second world cup, having also been selected for the 2015 tournament in England.

De Klerk hails from a farming family from a small town called Mariental in the south of his native Namibia. There, the 132kg front-rower farms lucerne on around 70ha of irrigated land fed by the nearby Hardap dam.

During the rugby season, AJ’s father takes over the day-to-day farm business, the running of which the prop says has taught him to be disciplined and that hard work pays off. 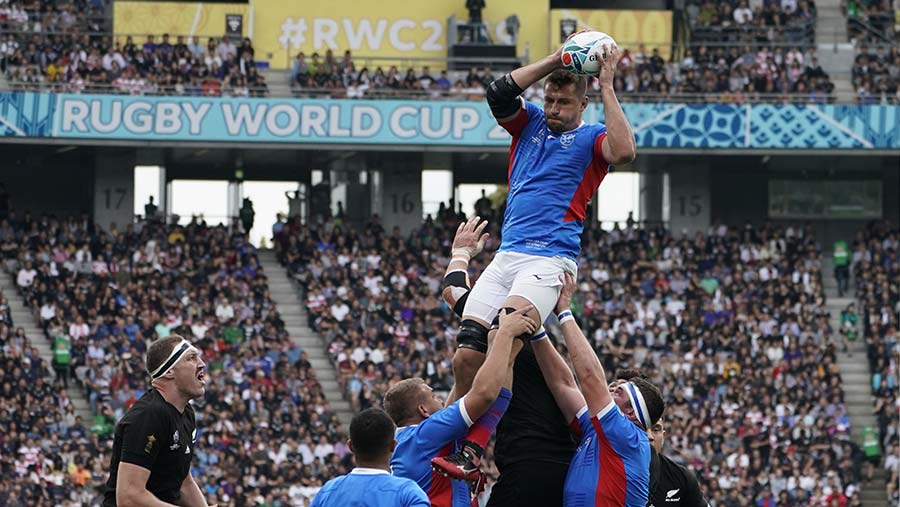 The lock has been a regular in the national side since the last world cup in 2015 and has gone on to win over half a century of caps for his country, including as captain. 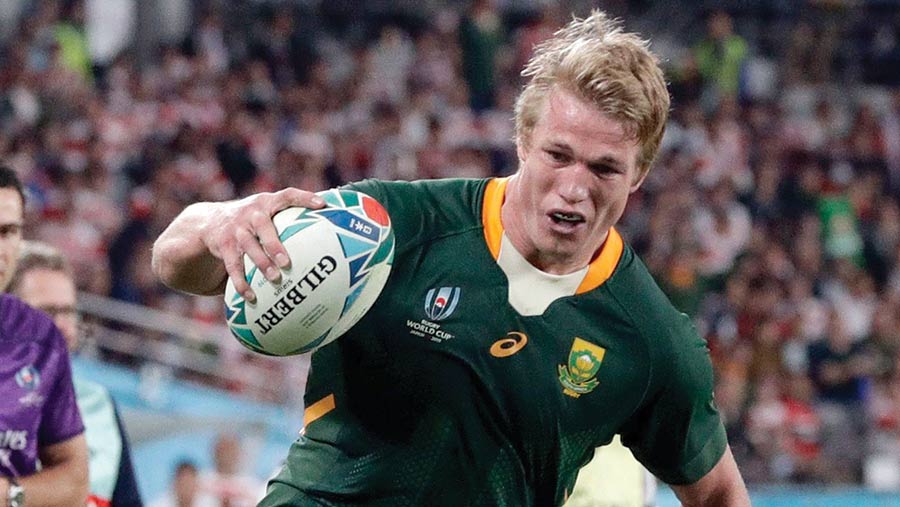 Sam Whitelock, New Zealand
All Blacks and Crusaders star Whitelock has been a stalwart of the national side for more than a decade and was the fastest Kiwi to make more than 100 appearances for the country.

Outside of rugby, the second row is a third-generation dairy farmer from Manawatu on New Zealand’s North Island. Whitelock has also worked with farming mental health charities to raise awareness. 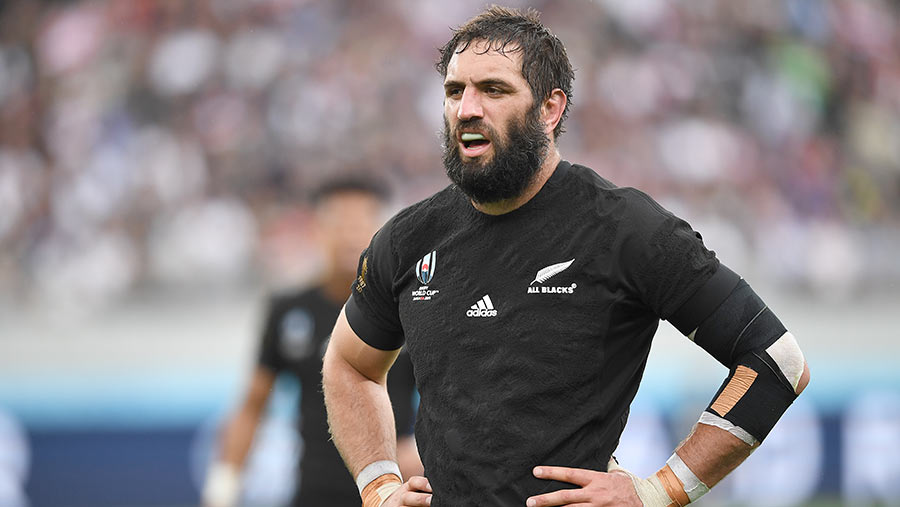 Peceli Yato, Fiji
Explosively fierce on the pitch, Peceli Yato is one of world rugby’s most exciting stars.

Before leaving his native Fijian island of Viti Levu to join French club side Clermont Auvergne, Yato lived on the family farm in the Sigatoka valley.

The region is famous for its banana and salad plantations and produces 70% of the nation’s vegetables. 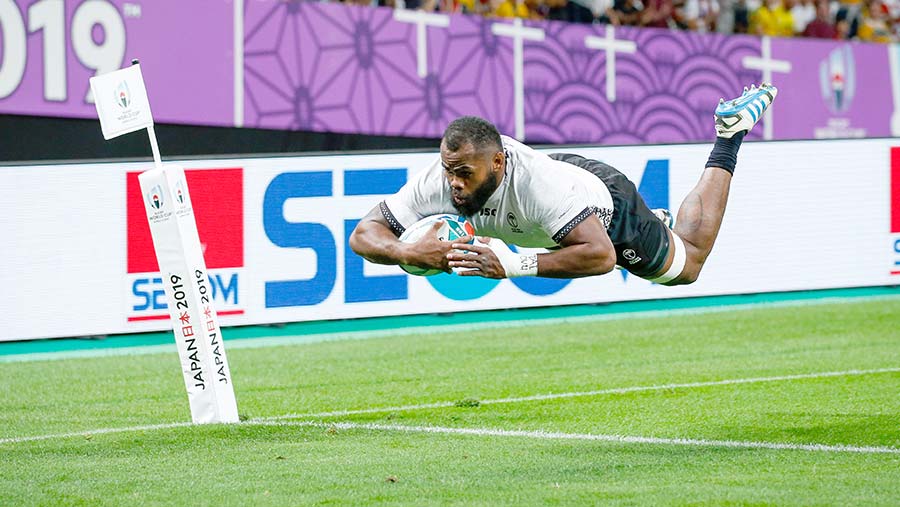 The Australian was born and raised on a farm in Zimbabwe before having to flee the country during the government’s land distribution campaigns. 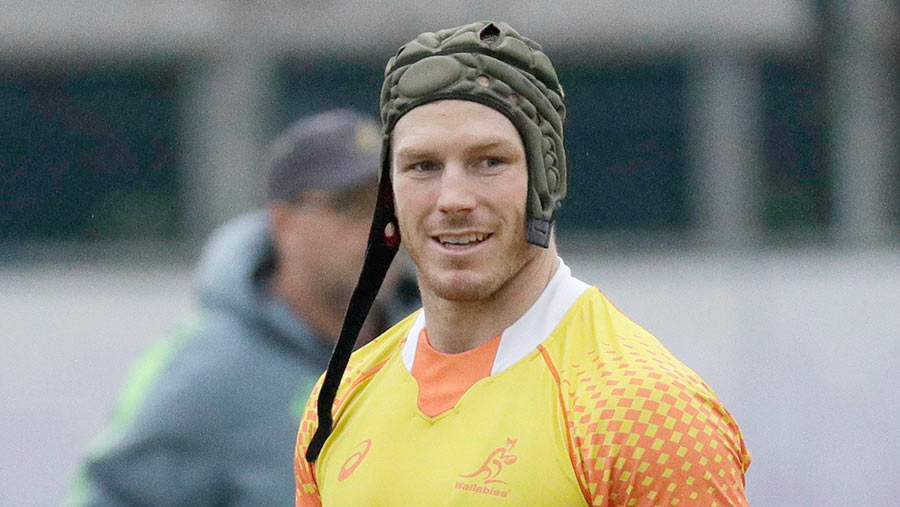 CJ Stander, Ireland
Switching allegiances from his native South Africa to Ireland in 2012, the number 8 has amassed 41 caps for his adopted homeland.

Unable to break in to the South African first team, Stander faced a decision; return to the family farm in George on the country’s south coast or move overseas.

Stander chose rugby, but has stated he hopes to one day return to the family’s 200ha dairy farm which milks 350 friesians, grows vegetables and has a poultry unit run by his mum, Amanda. 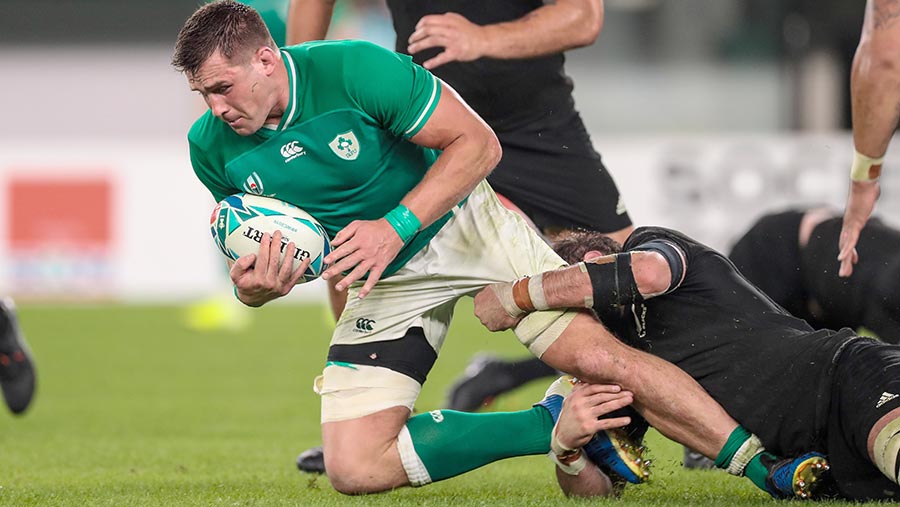 Ben Youngs, England
England’s first-choice scrum half at this year’s rugby world cup is also the most capped number 9 in the country’s history. 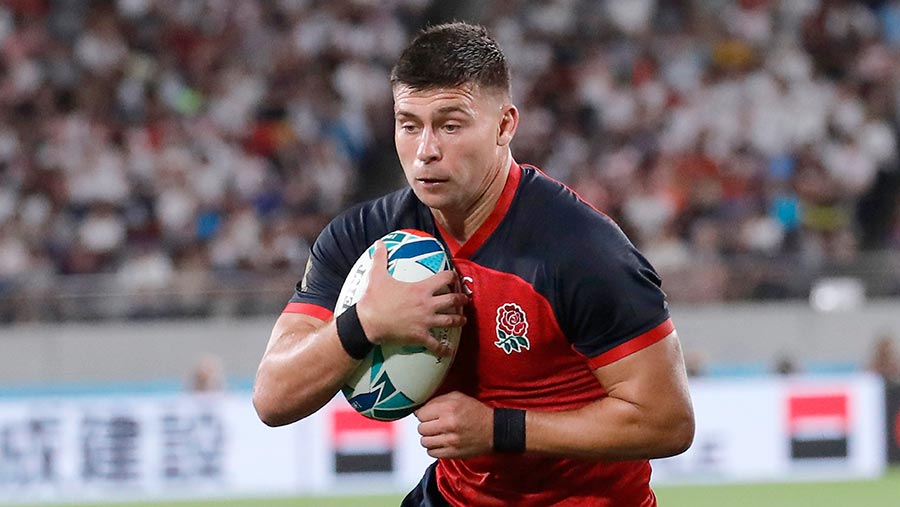 Appearing in his third world cup, Youngs told Leicester Tigers TV in 2017 that he was always a more reluctant participant on the family’s 566ha arable farm in Norfolk compared to brother and teammate Tom.

“I enjoyed the lifestyle but I didn’t actually enjoy the farming,” said Youngs of his life growing up on farm, adding that he would be more likely found playing PlayStation than helping his father and brother harvesting spuds and maize.

Beauden Barrett, New Zealand
Twice world rugby player of the year, Barrett is the All Blacks’ star man at the World Cup. He is joined in the squad by brothers Scott and Jordie who grew up together on the family dairy farm in Taranaki on New Zealand’s North Island.

After scoring the winning try in the 2015 World Cup final, Barrett confessed to taking the trophy back to his home and drinking cow’s milk from it. 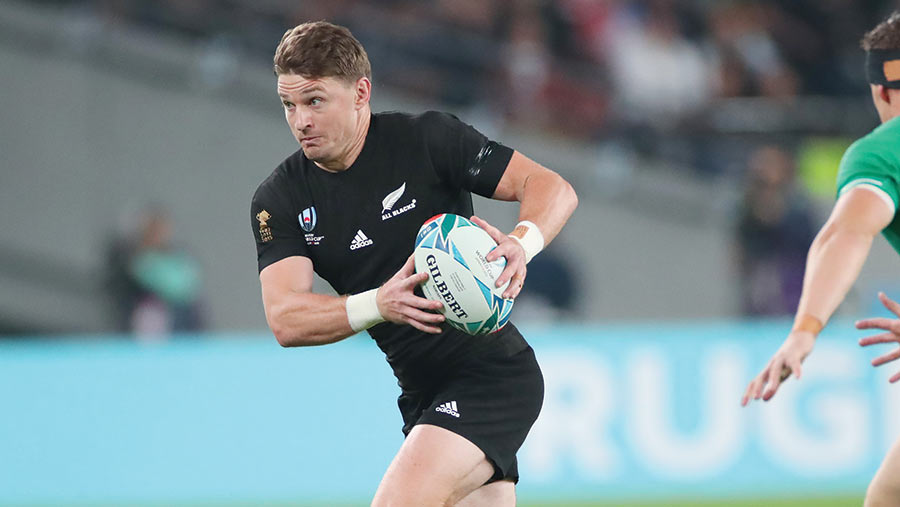 Before Semi made his name in rugby league and eventually into the union game, the winger owned a kava farm on Fiji’s third largest island, Taveuni. Kava roots are traditionally chewed for the sedative and anaesthetic properties.

The big-carrying centre was tail-docking sheep on the family’s 1,214ha mixed cattle and sheep farm just five years ago, and will hope to add to his 23 Wales caps in Japan. 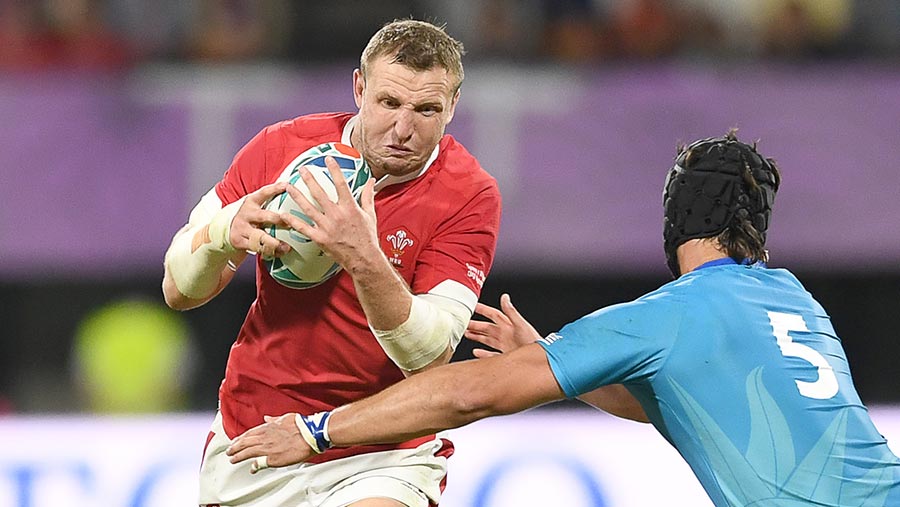 Henry Slade, England
The Exeter Chiefs’ versatile back Slade comes from strong farming stock. His father was a dairy farmer with his mother’s farming background in sheep and pigs.

The utility player has become a favourite selection of England head coach Eddie Jones in recent years, amassing 26 caps in the process. 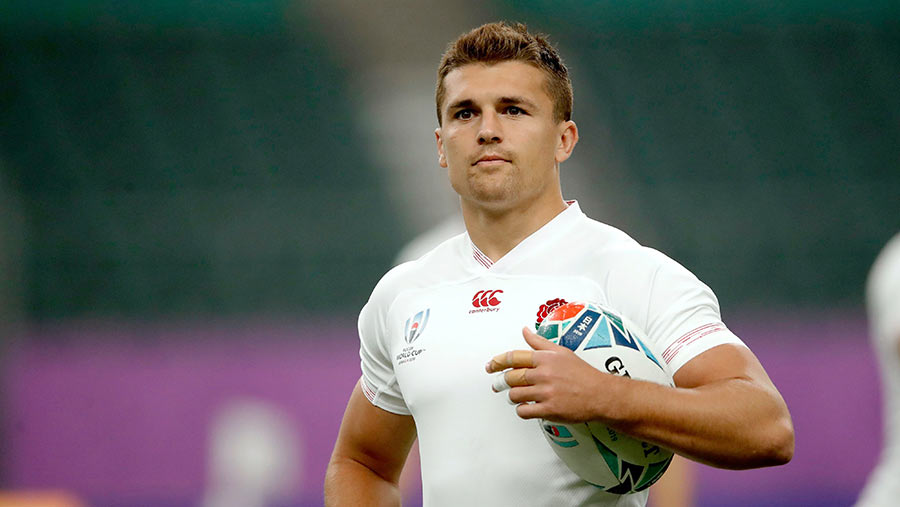 At just 22, Jordie is the youngest of the brothers and admitted to a New Zealand journalist in 2018 he once possessed a cow whispering ability, but had subsequently lost it after becoming an All Black.

Rob Kearney, Ireland
Ireland stalwart Kearney is a fourth-generation farmer from Willville in County Louth in the north-east of the country.

However, Irish back-row legend Sean O’Brien once said of Rob and brother Dave on his Instagram, “Jesus, I’ve seen it all now. The two boys never got their hands dirty in their whole lives.” 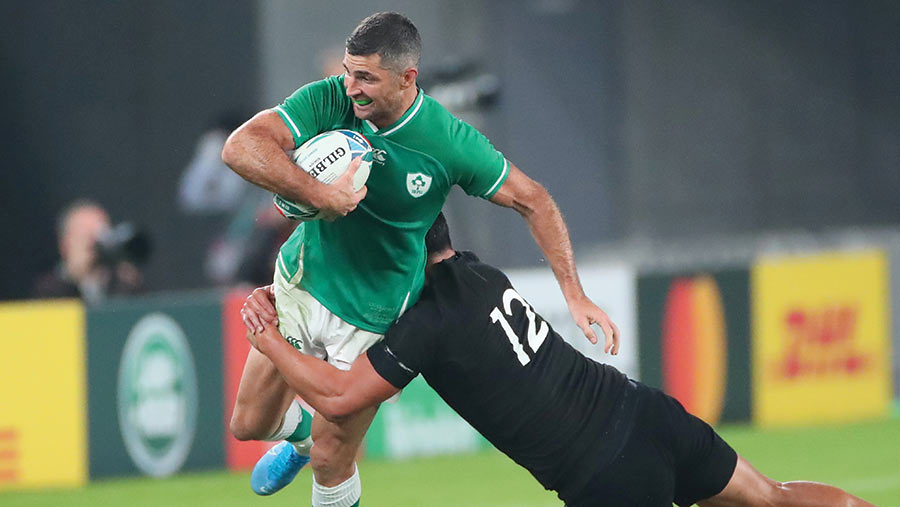