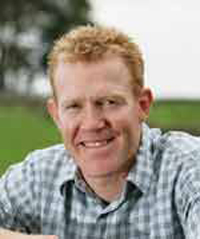 An award named in memory of the Farmers Weekly’s respected Wales correspondent, Bob Davies, has been presented for the first time.

The inaugural Bob Davies Award, given by the Farmers’ Union of Wales, was won by television presenter, Adam Henson, in recognition of his BBC One Countryfile report on bovine TB testing on his Cotswold farm.

The FUW said it named the award after Bob because of the major contribution he made to agricultural journalism in Wales, including 44 years on Farmers Weekly, before his death last November. His widow, Jennifer, and daughter, Emma, attended the presentation ceremony.

The award will be given annually to a media personality who has raised the public profile of Welsh farming.

“Adam Henson fully deserves to receive this inaugural award because he has clearly met the criteria of raising the public profile of Welsh farming through his programmes which are watched by a huge audience throughout the UK,” said FUW president Gareth Vaughan.