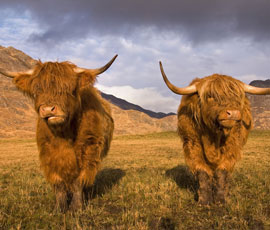 The deal to amalgamate all Scotland’s rural colleges has been finalised with the announcement the new establishment, be called Scotland’s Rural University College, will come into existence in August.

The Boards of Barony, Elmwood and Oatridge Colleges and SAC announced their formal agreement to merge following a national consultation that involved all stakeholders.

In a statement, the four colleges said they believed the merger presented a unique opportunity to combine and enhance their valued strengths.

Their vision is “of a dynamic and successful approach to higher and further education, high-quality research and consultancy provision within a single, integrated organisation.”

SAC Consulting and the services it provides to its clients will continue uninterrupted as part of the new SRUC.

NFU Scotland president Nigel Miller gave a guarded response to the news, stating that there would be “a lot of work to do” for SRUC to come into existence ahead of the new autumn intake this year.

He added: “The August 2012 start date and the speed the merger is taking place are both ambitious and we will keep in touch with SAC and the colleges at Barony, Elmwood and Oatridge through the summer to see how plans are progressing.

“The creation of SRUC dovetails with the proposed new Scottish strategy for further education in agriculture. This new structure will have big role to play in setting the strategy and determining funding. However, other local colleges with land-based courses should also be involved in that strategy process, so that all the educational requirements for the sector can continue to be met and properly funded in the future.”