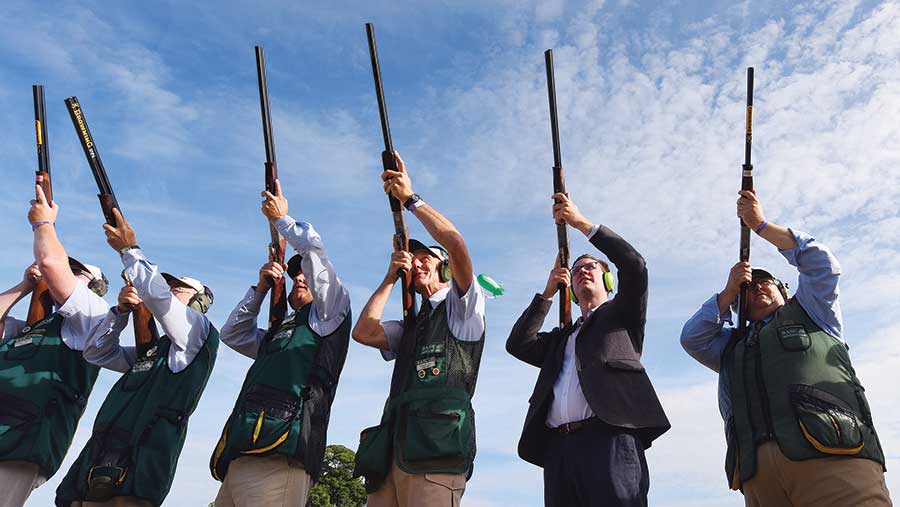 The Game Fair is to take place at Warwickshire’s Ragley Hall from 23-25 July.

Billed as “the annual gathering for people passionate about countryside pursuits and the Great British countryside”, it will draw visitors from across the nation. 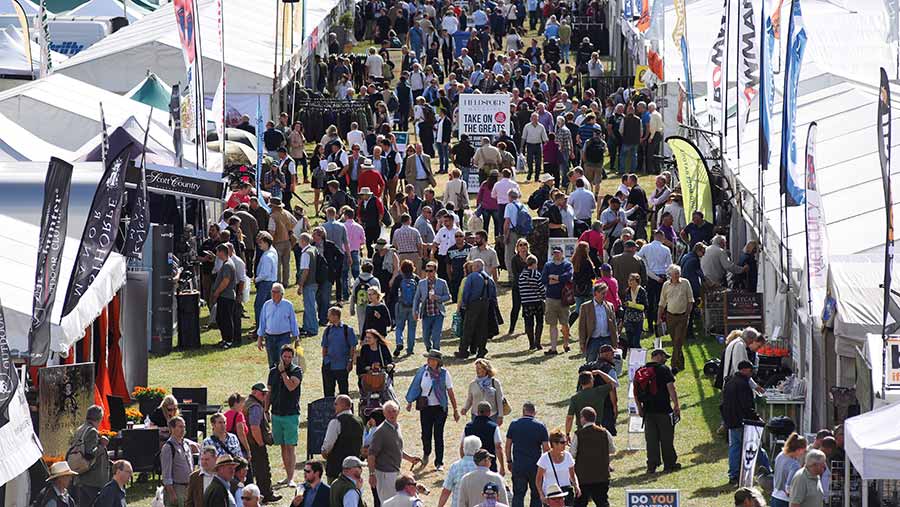 The attractions will be many and varied, including much for the country sports community, foodies and fans of traditional crafts. There’ll also be a busy programme of debates, with speakers including politicians, personalities and celebrities. 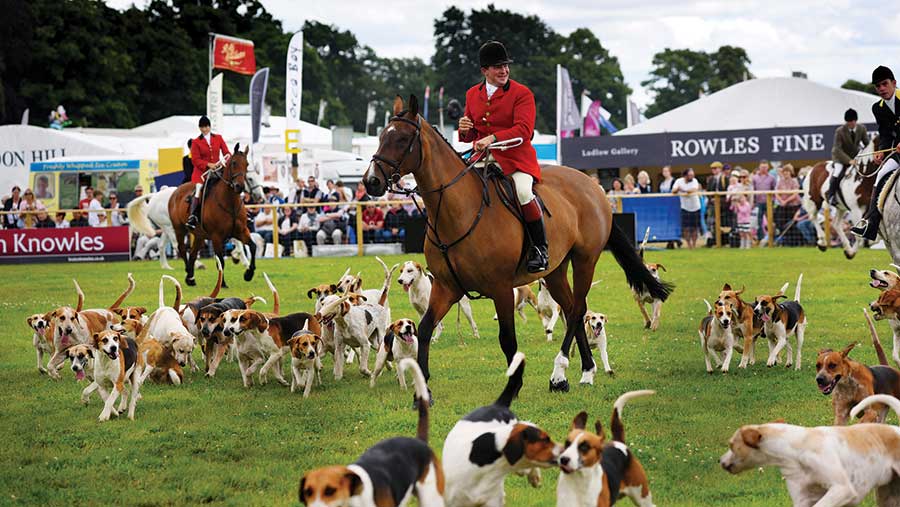 Farmers Weekly catches up with one of the Game Fair’s familiar faces, Simon Reinhold of Holts Auctioneers.

1. What does your job involve and how did you get into that line of work?

I’ve always been passionate about shooting and spent most of my youth in a hedgerow with a gun. That led to work experience in and around the gun trade and my present role as head of operations for Holts Auctioneers.

This job is about making sure the team of experts have everything they need to do their jobs and that our clients have the best possible experience whether buying or selling.

I look after our network of agents around the country, I provide condition reports to potential buyers and act as “front of house” for all things Holts. 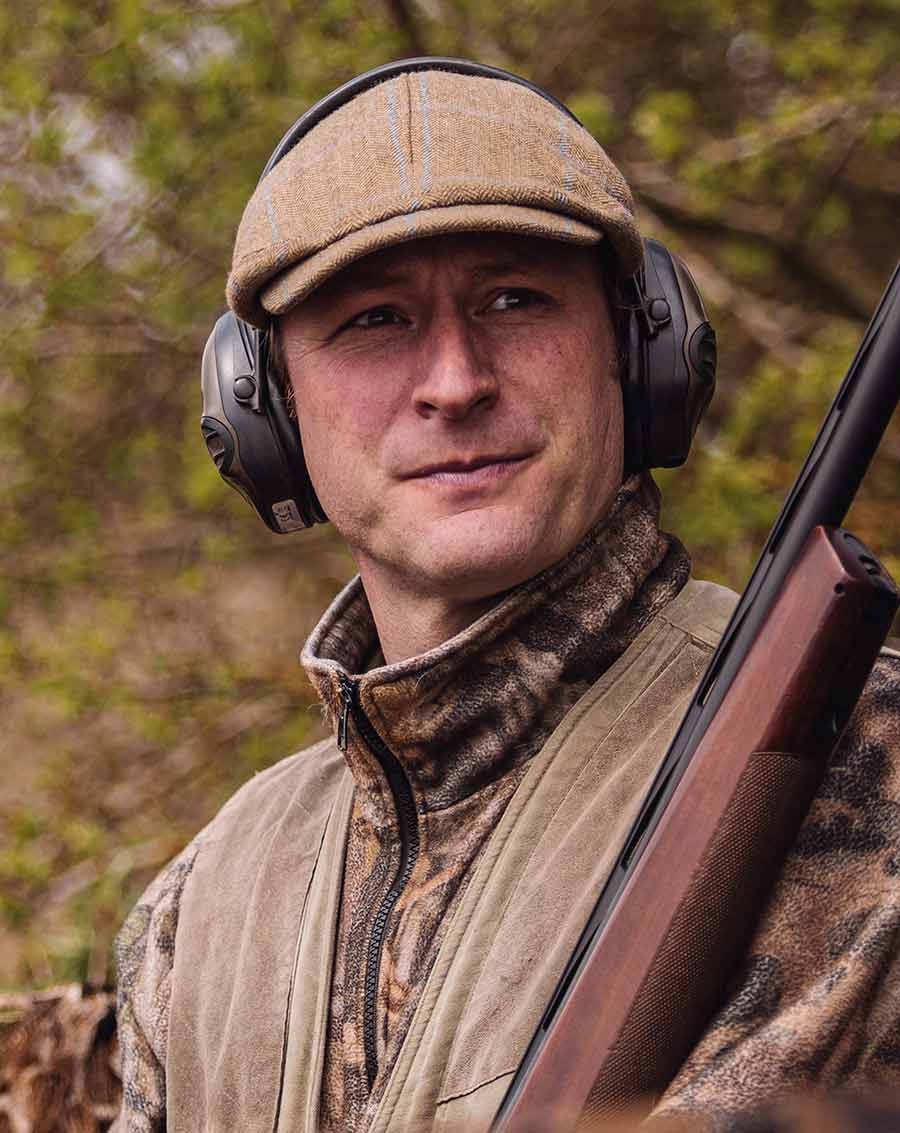 2. Are you optimistic about the future of shooting?

Yes, absolutely. I’m of the opinion that the vast majority of the non-shooting British public are quite accepting of people hunting their own supper.

The fact is those that oppose shooting are a very vocal minority who make a lot of noise in the media and campaign well. Having said that, we face some serious strategic threats and there are some changes that need to be made from within the sport.

A coalition between the Green Party and the Scottish National Party raises the possibility of policy being driven by political expediency and emotion, rather than evidence. No good laws were ever made based on emotion.

3. Do you think more farmers are shooting these days compared with a generation ago?

Probably fewer, but shooting has seen an increase in recruitment in certain areas, particularly ladies coming into the sport.

4. What sort of shooting do you enjoy most?

If I had to pick one, it would be pigeon shooting. It’s the ultimate test of the shotgunner.

Not only have you got to put yourself in the right field, but also the right part of that field on the right day, and at the right time of that day. Then you have to shoot well, sometimes for six hours straight in 30C heat.

To do that, you need a full understanding of your quarry, of the countryside and of farming to try to predict where the pigeons will be causing damage.

It takes years to build knowledge of different farms and flight lines to provide the best possible pest control service to farmers.

5. How do guns stand up as an investment?

They are a little like cars. Not many people buy new cars as an investment – they are functional items even though they can sometimes be luxurious and expensive.

If you find a rare or interesting vintage car or gun, and you know what to look for as regards original condition (or not), then they can be bought as an investment, but most people understand they are a depreciating asset.

A pair of 16-bore trigger plate round actions by John Dickson & Sons of Edinburgh, made before the First World War.

Fewer than a hundred 16-bores were ever made by Dickson; 16-bore is the perfect calibre for game shooting and the round action is, for me, the best handling game gun ever designed.

7. Tell us about a particularly rare or quirky gun you’ve sold?

Not only are there very few guns like this in existence, but the back story was one of the most interesting we have had. Lady Meux (nee Langdon) claimed to be an actress before she met and married Sir Henry Meux, but she was in fact a banjo- playing prostitute from Holborn under the name Val Reece.

She scandalised Victorian society, but clearly couldn’t care less as she drove about town in a sporty open-topped carriage drawn by two zebras.

The story caught the imagination of the wider press and was picked up by the BBC and the Daily Mail website. This was partly the reason the gun tripled its top estimate and eventually sold for £15,000  – that is the power of provenance and an interesting story.

Game meat is infinitely versatile and almost any recipe can be adapted to suit the game you have to hand.

Because of that it’s very hard to narrow down, but, if I had to, a traditional roast, young red grouse with all the trimmings would be hard to surpass.

9. What do you enjoy most about the Game Fair?

The opportunity to catch up with friends both within the trade and without – particularly so this year, after the months of Zoom calls and travel restrictions.

10. What will you head home with, having bought at the event?

I usually try to exercise some self-restraint but, this year, it’s likely to be something to feed my newly acquired habit of shooting running boar targets, which may develop into an addiction.

About the Game Fair

The Game Fair takes place from 23-25 July at Ragley Hall, Warwickshire. You can find more information on the Game Fair website.