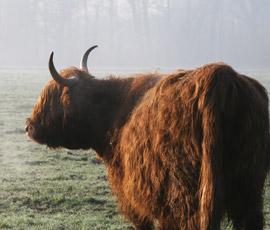 A group of students from Plymouth University has launched a campaign to enable the public to thank the farming community for the contribution they make to society.

The group have developed a website called thankstofarmers.org and are inviting people to write a message of thanks to farmers for their hard work and dedication.

The original idea was developed because the team wanted to enter a national enterprise competition where they were asked to raise awareness for an “unappreciated cause” of their own choice.

As some of the students have farming connection they decided that they would like to urge the nation to show their support British farming.

“The work they carry out is fundamental and they see neither the money nor the recognition that they deserve. “

To date the site has attracted 194 messages of support and the team are also using Facebook ad Twitter to raise their profile.