Lying on his stomach in icy cold, muddy water, camera trained on polar bears roaming the shores of northern Canada’s Hudson Bay, Gordon Rae is a world away from his sheep farm in south-west Scotland.

But, as a farmer, being wet and cold is something Gordon is well used to and more than willing to be, if it means “getting the shot”.

“I’m out there on the farm getting wet and dirty every day without thinking about it, so, if lying down in freezing water in Alaska means I get a shot no one else does, I’m happy to do it.” 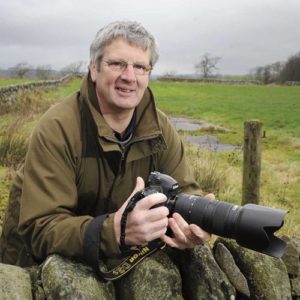 Gordon is the third generation to farm Muirfield near Lockerbie and works with his father, Hastings, 82, and his son, Callum, 17. They have Scotch Mules and Texel crosses and also own and run the nearby Newfield Farm.

Photography is, says Gordon, a total release from farming: “When I go away with my camera, farming is just not on my mind at all.”

Since first snapping landscapes and garden birds, he has become hooked on wildlife photography and has won a string of top awards in recent years, including the Photographic Alliance of Great Britain’s Nature Photographer of the Year 2017.

He regularly gives talks and workshops and is one of the speakers at the new Wild Film Festival Scotland in Dumfries at the end of March.

Gordon runs popular tours for fellow photographers in the Scottish Highlands and has enjoyed his own photographic adventures further afield – a trip to Alaska in 2015 to photograph grizzly bears and his 2016 polar bear expedition, which will be followed this year by a visit to Iceland in June to photograph subarctic birds.

“Farmers can be bad for letting life pass them by as they work non-stop,” he says. “I realised that running workshops and wildlife photography tours, as well as my commercial magazine work, I wasn’t actually doing anything for myself, so I decided to book the grizzly bear trip.” 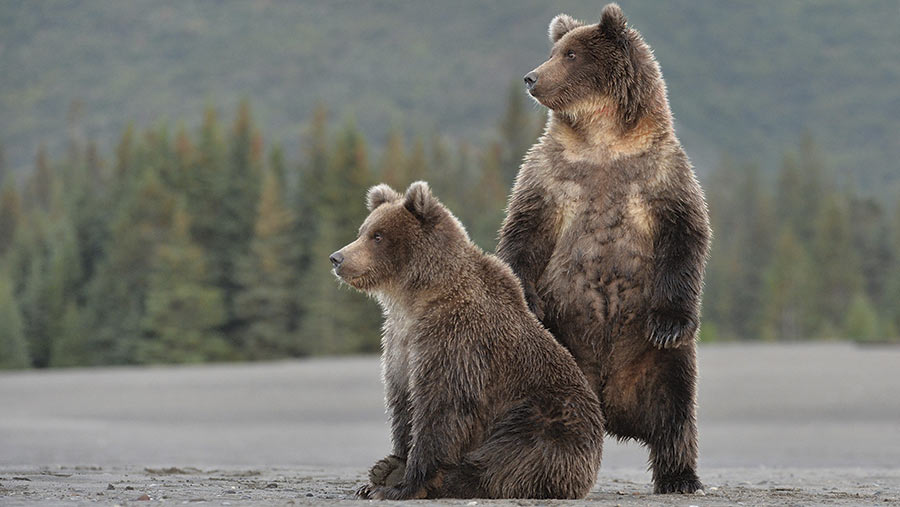 The adventure involved being flown into a true wilderness, landing on a beach, staying in a remote lodge and photographing grizzlies feeding on a river during the migratory salmon run.

“They were concentrating so hard on fishing, we could get really close.

“The bear guides had pepper spray, but the danger of it was a real wake-up call. We were getting up to 15 metres from them and one came so close to me I could hear it breathing.”

The experience was, says Gordon, a photographer’s dream, and one image he captured on that trip – Watching Mum – of two young bears on the river bank, won him the title of Scottish International Salon of Photography’s Nature Photographer of the Year 2016. The contest attracts thousands of entries from all over the world.

Gordon, a stalwart of the Dumfries Camera Club, also won last year’s Scottish Nature Photography Awards’ Wildlife portrait category with his characterful Grumpy Buzzard and he was runner-up in the behaviour category with a black headed gull, Taking A Dip. 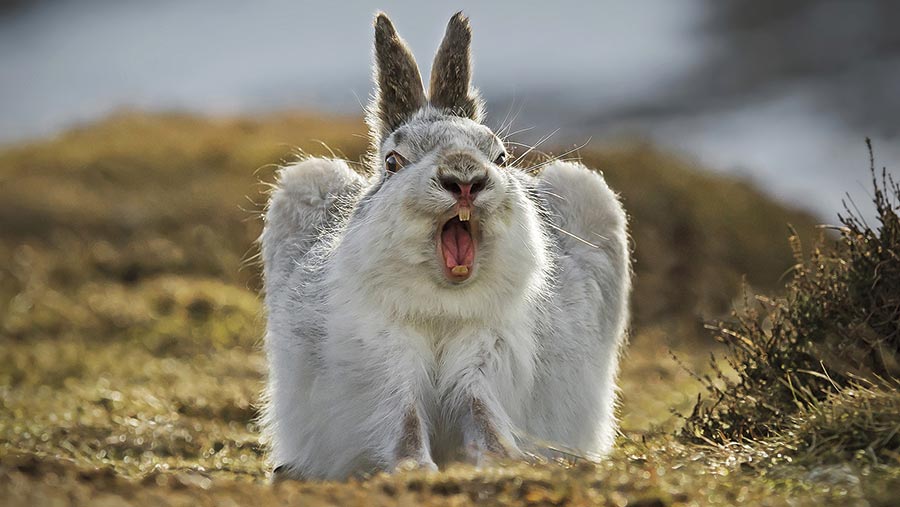 “Coming from a farm and working with animals every day, you know and understand them. The best wildlife photography is about predicting what the animal will do next, so you’re ready to capture it.

Gordon has set up hides to photograph wildlife around the farm, including buzzards, foxes and red squirrels, and his Highland tours also offer his clients a really “wild” experience.

“I get them close to wildlife they would otherwise never get near. I love the challenge of capturing the normally inaccessible. It’s so satisfying to get a great image that you’ve pulled completely from the wild.” 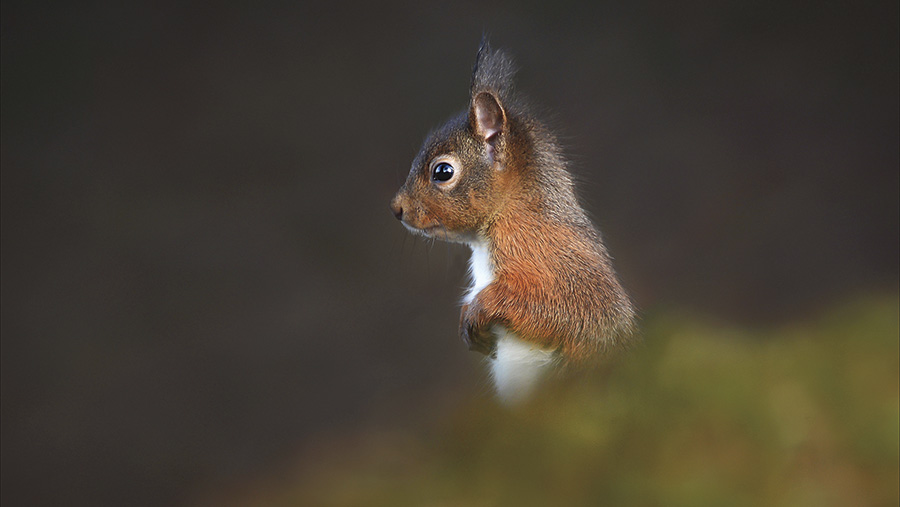 Gordon is one of a handful of wildlife photographers and filmmakers speaking at the first Wild Film Festival Scotland in Dumfries from March 24-26. It’s being led by a partnership of wildlife groups and part financed by the Scottish government and the European Union LEADER programme.

The event will feature appearances by Simon King of the BBC’s Big Cat Diaries, television wildlife presenter Iolo Williams and Sacha Dench, “the human swan” who flew a motorised paraglider 4,500 miles from the Arctic to the UK with migrating Bewick’s swans.

Among the 30 films being screened are features by the likes of David Attenborough and Gordon Buchanan. The festival incorporates a British Wildlife Photographer Awards exhibition and the results of a Wild Young Film Makers project in collaboration with National Trust for Scotland filmmaker Simon Goodall. 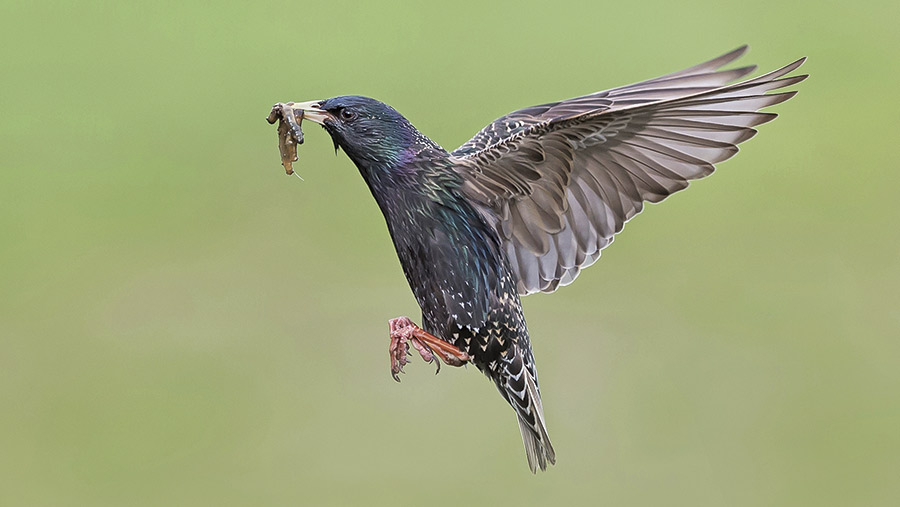