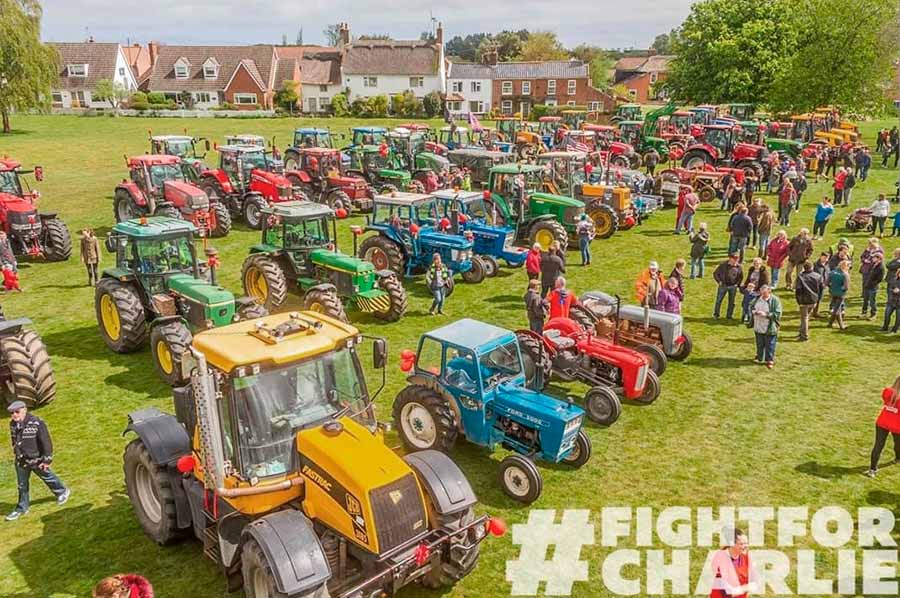 A fleet of tractors, old and new, has taken part in a tractor run to raise funds for a nine-year-old boy’s cancer operation.

Charlie Stephenson, of Martham, Norfolk, has been diagnosed with a rare brain tumour and his family desperately needs to raise money for treatment to prolong his life.

On Sunday (28 April) a fleet of 71 tractors, decorated in Charlie’s favourite colour red, descended on Martham to start a parade around the district.

See also: Opinion – Farm Africa: a charity worth running for

The 14-mile tractor trek passed through Rollesby, Fleggburgh, Filby, Ormesby, Scratby and Hensby, before finishing back at Martham some 90 minutes later.

Hundreds of members of the public lined the streets to cheer on the parade and farmers and their families, including many young children, collected money in buckets.

Farmer’s wife Nicola Goose, who organised the tractor run, also broke off from a busy period lambing, calving and drilling crops to take part in the event. She paid tribute to the farmers and the public who came out in support for #TeamCharlieStephenson. 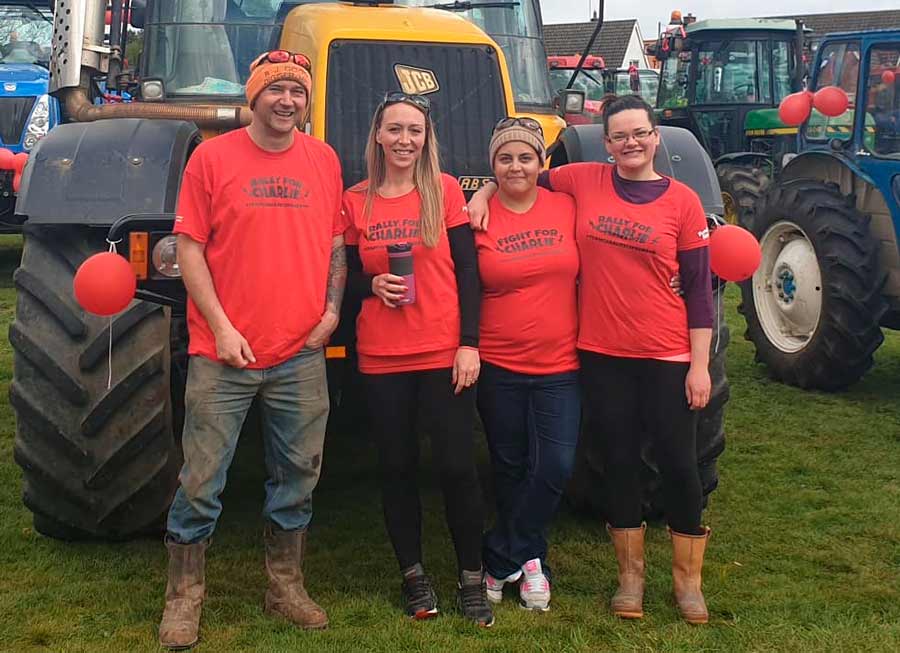 “It was a very emotional day. There were lots of tears and smiles,” said Mrs Goose.

“The farmers were amazing. But if the people had not turned up on the day and turned up at the roadside, the event would not have happened.”

Currently, additional treatment for Charlie’s tumour is not available on the NHS. But the tractor run  raised about £5,000 towards his goal, to ensure his private treatment can take place.

So far the community of Martham and supporters around the globe have managed to secure £80,000 of the £125,000 required through various events and challenges.

Charlie was diagnosed with diffuse intrinsic pontine glioma (DIPG) in February after he underwent tests for what his parents believed was a lazy eye.

Charlie’s mother, Soeli, and father, Tony, say they have been overwhelmed by the support for their son, who has a passion for animals. Messages of support have also been received from pop star Ed Sheeran, magician Dynamo and actor Clive Standen.

Kayleigh Oliver, a close family friend, has set up a JustGiving page, which has raised more than £63,000 since it was launched last month.

For more information and to support this cause, visit Team Charlie Stephenson.