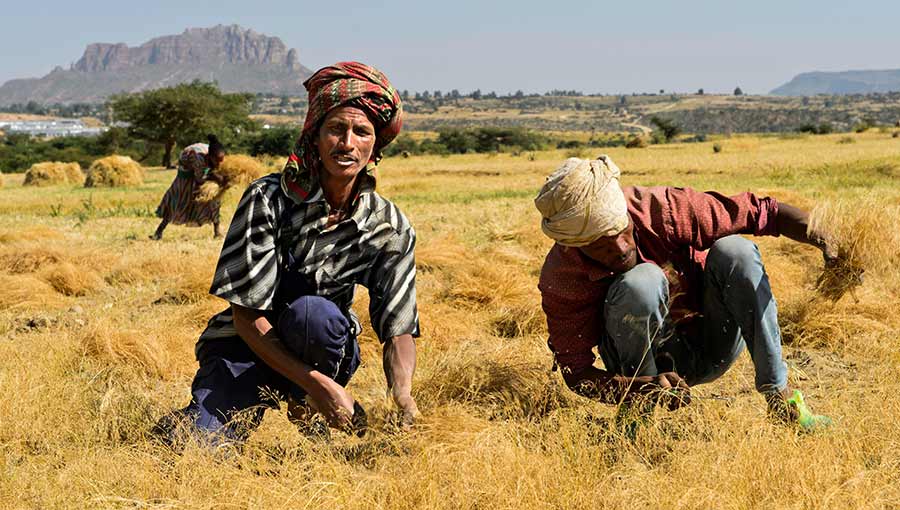 Carb-loading. Plantar fasciitis. Chafed nipples. None of these were part of my everyday lexicon until I started running a few years back.

I was never much of an athlete in my younger days; where I went to school, PE lessons were survival of the fittest. Lord of the Flies in polyester. To imagine the teacher, think Brian Glover in the seminal 1969 film “Kes” and you’re not far away.

See also: The shock and sadness at rural suicide

Later, when I went to Harper Adams, and for the first time met people who’d gone to public schools, I was astonished to learn that they’d had actual one-to-one instruction at various sports, sometimes with ex-professionals.

My God, some of them had had golf lessons! In school! I’d never even stepped foot on to a golf course before.

That’s because, like most young farmers in my part of the world, our two main off-farm activities were drinking and carousing with friends, and enthusiastically chasing after members of the opposite sex.

Inevitably, it was a result of at least one of these two things that led to me eventually facing the prospect of marriage and a family, and at this point, carrying a pound or three too many, I reluctantly decided to get in shape.

I vividly remember my first run. “How hard can it be?” I thought… 10 minutes before collapsing, red-faced and desperately gasping for breath.

But I stuck at it, and slowly, very slowly, it got easier. I’ll never forget the feeling of completing my first 5K race. At the time it felt like the greatest achievement of my life.

Then a 10K, then a half marathon, then a full marathon. This was beyond my comprehension once.

I think it’s the eccentricity aspect that appeals to me the most.

I take perverse pleasure in running several miles in the rain, with neighbours cheering me on as they drive past on their tractors. At least I think that’s what the vigorous hand gestures are…

But more importantly, it’s the mental aspect of it all. The release of stress. Something that I didn’t used to deal with well.

As we all know, farming is a high pressure job, and sometimes having so much to think about and get through on a daily basis takes a heavy toll.

I find that by just putting on my trainers, leaving my phone behind and hitting the road for a few miles helps to clear my head immeasurably.

The opportunity to do something positive helps too. Which is why I let myself get talked into running the London marathon for Farm Africa.

They’re an incredible charity that are changing lives for farmers in East Africa, and I’m extremely proud to be associated with them.

I always think that one of the best things about our industry is that you have something in common with other farmers wherever they are in the world, and can empathise with their struggles.

Many coffee growers there earn less than $1 a day, and yet we all know what we’re charged for a fancy latté in the various chains in the UK.

I joke that marathon training is absolute hell, but it really isn’t. It’s just a walk, or a run, in the park in comparison.

If you’d like to sponsor me go to my Just Giving page, it would be hugely appreciated. Donations will be matched by the UK government until 8 May.