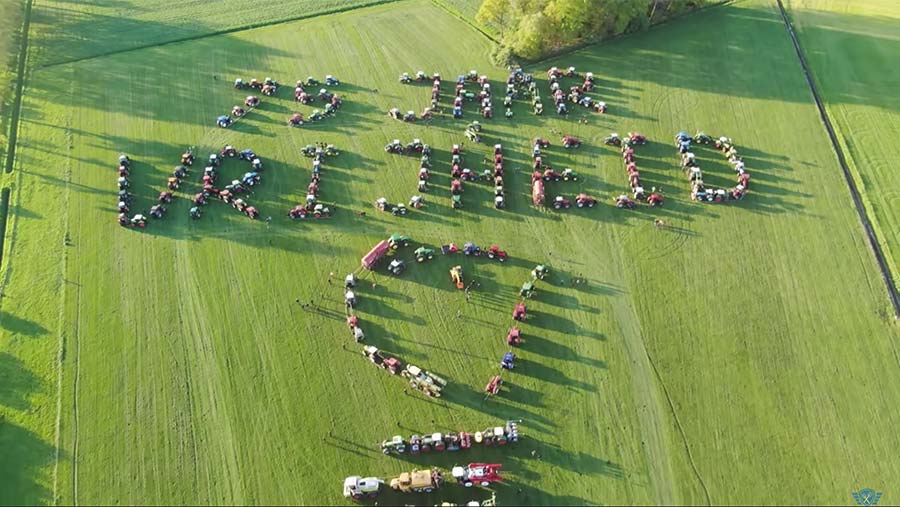 Dutch farmers have staged a huge display of lights involving 240 tractors to commemorate the end of the Second World War and 75 years of freedom.

Liberation Day on 5 May, 2020 marked 75 years since the surrender of Nazi Germany in the Netherlands.

The tractors parked in formation to spell out the words “75 Jaar Vrijheid”, or “75 Years of Freedom”. Below, they created a symbol of freedom; the Torch of Liberty.

At nightfall, the tractors’ lights were turned on and a drone was sent up to record footage of the huge show of appreciation for the citizens and Allied soldiers who made great sacrifices to liberate the country from Nazi occupation.

The video was posted on YouTube on 6 June – 76 years since the D-Day landings when more than 150,000 Allied soldiers stormed the beaches of Normandy, laying the foundation for an Allied victory on the Western Front.

A spokesperson for FDF said: “Because of the efforts and sacrifices made by so many, we can enjoy our lives in freedom for over 75 years now. The 240 tractors are our symbol of freedom.

“2020 is the year of the coronavirus pandemic – a year of uncertainties and a loss of so much that was so common.

“That natural freedom is the best thing we can have, and we will fight hard to get it back. The farmers offer you their lights in the darkness, with the wish that we can celebrate freedom again soon.