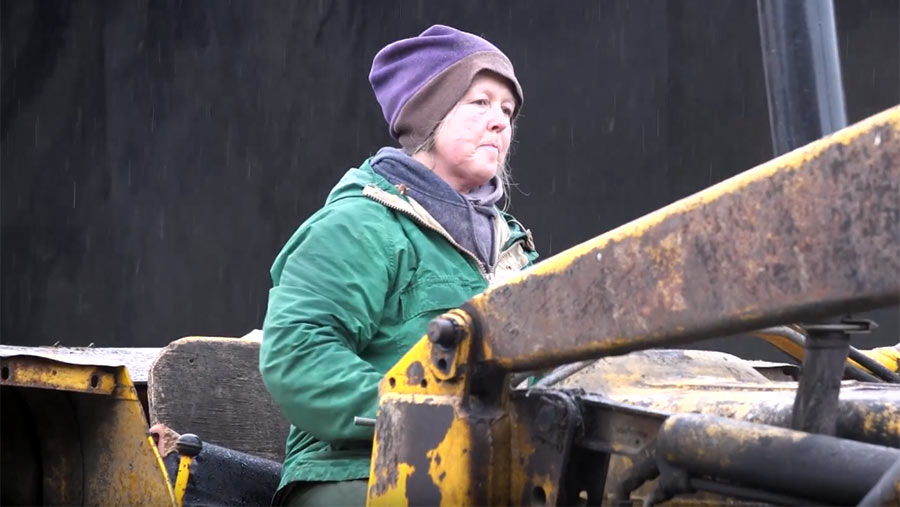 A farmer’s son from Buckinghamshire is documenting 12 months in farming, showcasing what life is really like on one of Britain’s small family farms.

Since the start of the year, Rufus Denne has been sharing one short film each month, following his mum Sarah’s daily life on the farm.

Based in a village sandwiched between Oxford and Milton Keynes, Sarah has been farming since she was 14 and today runs a 60ha farm with 150 sheep, 75 cattle, chickens and geese.

“She’s brilliant, hilarious and the hardest worker I know,” says 28-year-old Rufus, who left the family farm to study marketing at Plymouth University and is now living in London running his own digital marketing start-up.

“One of the real joys of doing these videos has been finding a hidden talent in mum – she’s so good on camera.”

So far three episodes of the miniseries have been released on YouTube, with the most recent edition following Sarah as she works tirelessly through the lambing season.

Watch the third episode below.

The beautifully shot episodes are intended to be as entertaining as they are informative, particularly for those who have little or no knowledge of what farming is about.

Playing a supporting role to his mum, Rufus asks the occasional simple question for the benefit of less clued up viewers – things like: “Why do you dock lambs’ tails?” and “Why do you carry them by their legs?”

While there’s an abundance of vegan activist-fuelled anti-farming videos online, there’s no direct agenda to push back on this tirade.

Instead, Rufus and co-creator Josh are keen to showcase what life is actually like, month by month, on a small family farm.

“It’s an amazing profession, but most people have no idea. I don’t want to be pushy at all, I want to leave people to make up their own minds,” he explains.

“Farmers don’t get enough recognition for the work that they do. Vegan movements are portraying farmers in a bad way, but they work really hard to make sure that their animals are healthy and safe.

“We’re not ignorant to factory-farming, but it’s not a world most of us grow up in or really understand.”

One of the most heart-warming aspects of these episodes is the emphasis it puts on Sarah’s captivating character and the devotion she shows to her livestock.

“I honestly didn’t know how this would all go. But being around mum and seeing her passion – it’s contagious.”

January’s episode follows Sarah in her daily grind to feed and bed up her livestock in miserable weather, and she also introduces a soulmate to her beloved African goose.

Lambing starts extra early in February’s update, as Sarah deals with the repercussions of her rams making a fleeting visit to the ewes in September.

To watch all episodes in this British Farming mini-series and to find out more about the project, go to Rufus’ website.