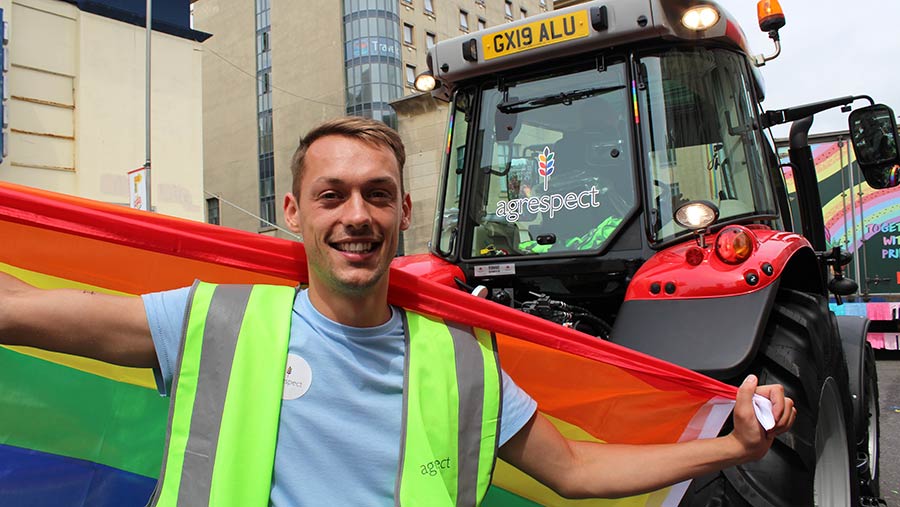 Farmers, agricultural workers and a rainbow-coloured tractor received a rock-star reception at the Brighton Pride Festival, as they sought to present farming as a diverse community and industry to be part of.

In what’s being hailed as a historic and emotional breakthrough for the sector, the group of 50 and their “Sassey Ferguson” tractor drew cheers and applause from the half a million people watching the parade on Saturday (3 August).

Organised by agriculture’s thriving LGBTQ+ organisation, Agrespect, it was the first time that farming sector had been represented at this kind of community event.

See also: How accepting are rural communities of LGBTQ+ people?

“This is about promoting diversity and inclusiveness in the farming industry,” said the group’s co-founder, Lincolnshire farmer and Farmers Weekly columnist Matt Naylor.

“We need to attract lots of new entrants, so the more welcoming we are to people irrespective of gender, race and sexuality the more good candidates we’re going to get coming into farming.” 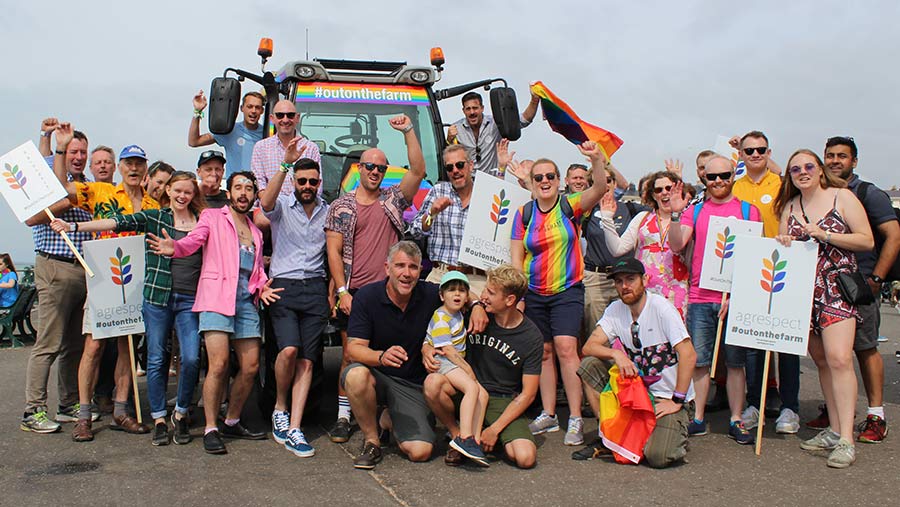 Representatives from the AHDB, the NFU, Rothamsted Research, Massey Ferguson and Farmers Weekly joined the march through the heart of Brighton, where revellers offered respectful high-fives, shouted “We love the farmers” and scrambled to take photos with the multi-coloured tractor.

“We’ve had a great reception, everyone was going mental and they love the tractor. We’re showing that farming can be for everyone; you don’t have to be a certain stereotype. We’ve got people here from all walks of life, different genders, races and sexualities. 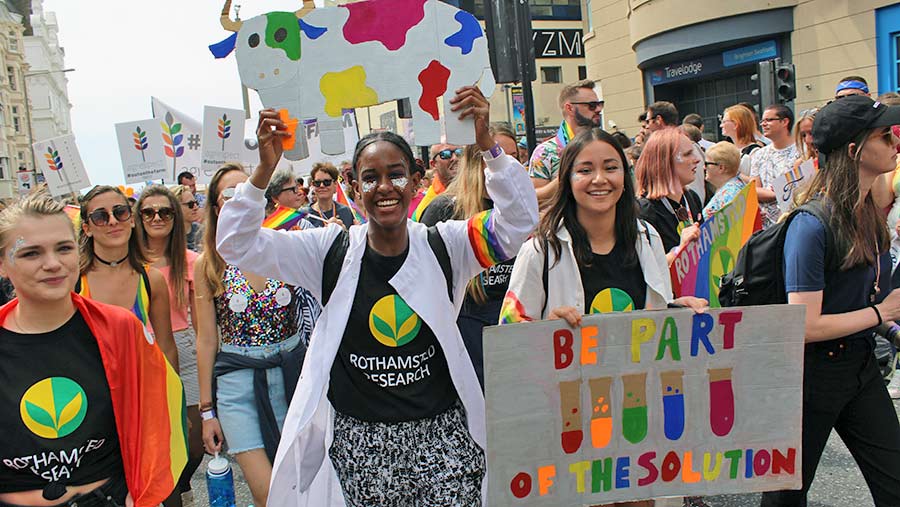 NFU vice president Stuart Roberts said the day was a golden opportunity to celebrate diversity in agriculture and land some food and farming messages along the way.

“I think it’s really important to support this and show that we’re a progressive, forward-looking industry. This is also a massive public event where we can get across the importance of British food and farming to the people here in Brighton today.” 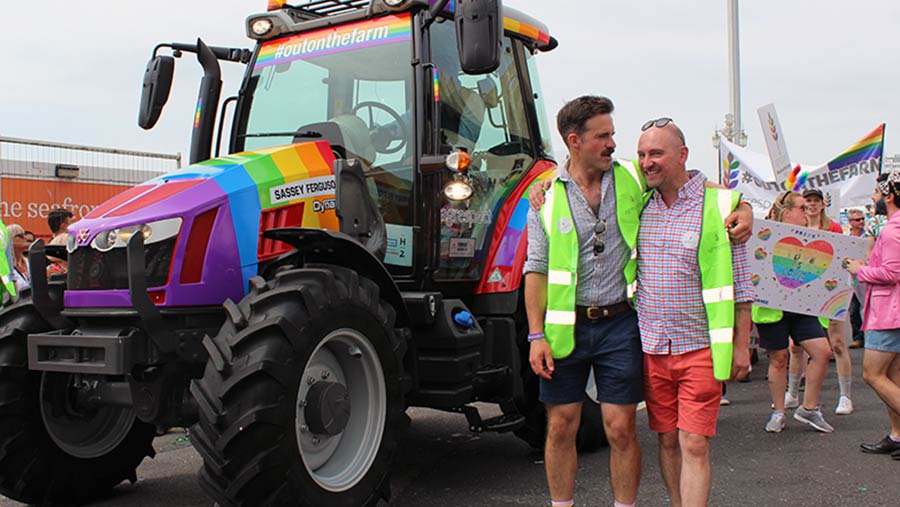 Since the parade, the organisation has received hundreds of supportive messages from LGBTQ+ people in agriculture who feel more confident than ever before about being who they are without fear of judgement.

“This is why Agrespect exists and why we are going to keep it rolling, to stand up for all those people and their right to be who they want to be,” said Matt.

“There are thousands of LGBT people working in the farming industry. There’s an awful lot of very sly jokes made about gay people, particularly from young people. Those kind of views tend to go hand in hand with sexism and racism generally; that’s something we ought to be challenging people on.” 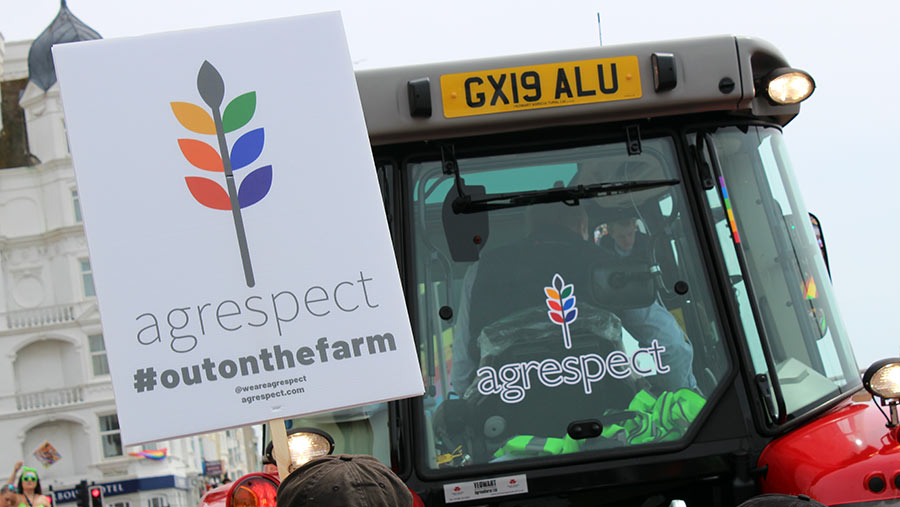 Agrespect was launched last summer in a bid to break down barriers by sharing experiences from the LGBTQ+ farming community, and is backed by major industry brands and bodies, which include the NFU, the AHDB, Massey Fergusson, Defra and Farmers Weekly.