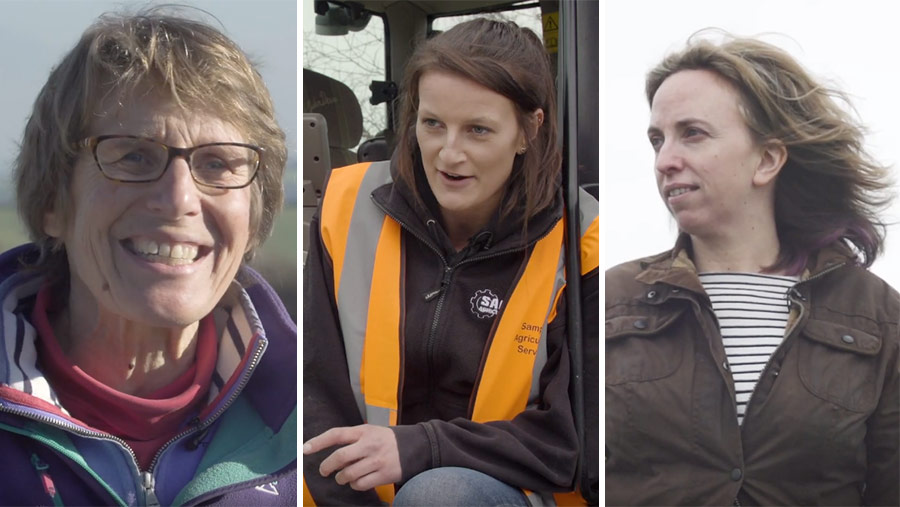 Growers and farmworkers have shared their experiences of being a woman in a male-dominated workplace in a new video to mark International Women’s Day (8 March).

West Country farmer Cathy Case, who supplies Riverford Organics, said: “When I was born I was one of three girls and my grandad said to my dad: ‘Better that it was a boy – you need a son to be able to take on your farm’.”

See also: 7 of the best entries to Britain’s Fittest Farmer so far

“I resented that and fought against it – and I think that was part of what made me really driven and want to get into farming.”

As a mother to four girls, she didn’t want that weight of expectation to be focused purely on a son. “Times have changed and modern farming just is not like that, it doesn’t have to be that way anymore,” she added.

“I’ve moved past this [gender] imbalance because it’s irrelevant. Let’s just crack on and deal with the issues – it’s modern times, there’s equal opportunity and if you want to get involved then you should do that.”

Watch the video below to see more of what Cathy and others have to say about the progress of gender equality in agriculture.

Devon-based mixed farmer Alison Samuel feels that the gender imbalance in agriculture has massively reduced in her lifetime, but says it’s been a long process and there’s more to do.

“I think slowly you’re getting a few more females coming in, like the head of the NFU now, Minette Batters – which is fantastic.”

Meanwhile, Laura Castle talks about the judgement she feels from others when she’s driving in her tractor and makes the point that there are no men-only roles in farming.

“There aren’t many women who drive a tractor, but I don’t think that it is a man’s job,” says tractor driver Laura Castle. “I get looked at and people driving past are mouthing: ‘Oh, that’s a female driver’, because you don’t expect it.”

“I don’t think there’s anything that a man can do that a woman can’t. Confidence is a massive thing.”

So far the competition has attracted over 150 stellar applications, but only about one-third of them are from women. Come on ladies, we know you’re out there.

Head to the Britain’s Fittest Farmer page to check out all of the entries so far and submit yours. You can also read more about the idea behind the competition and the rules. Good luck.