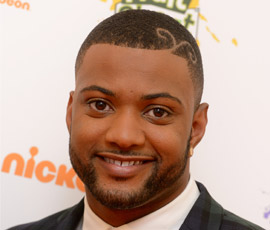 The platinum-selling popstar has recently bought a farm in Kent and has ambitions to move into deer farming, which is why he wanted to get involved in the celebration.

In an interview with Farmers Weekly the former X Factor contestant said it was “a great honour” to be invited to the awards night, and suggested he could be an “ambassador” for young people who want to farm, but who don’t come from a farming background.

Watch some highlights from JB’s interview: