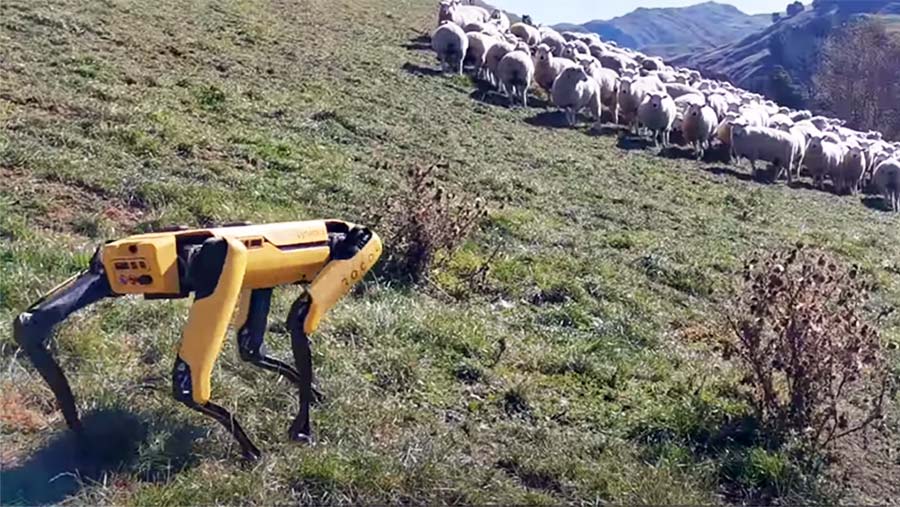 Drones and driverless tractors have gradually crept into mainstream farming, helping solve labour shortages and boost production – now the faithful sheepdog could be on the retirement list.

A team of New Zealand technology specialists are investigating how a small robot called Spot can be used on farms for rounding up sheep and inspecting crops.

The robo-dog was developed by US robotics company Boston Dynamics and is on trial in New Zealand, where it has been successfully navigating the rugged terrain of a farm.

Watch the video below of Spot the robot dog rounding up some sheep and roaming around the farm.

“Our customers are augmenting their human workforces to automate physical processes that are often dull, dirty, or dangerous,” says David Inggs, chief executive at Rocos – the New Zealand company behind the testing.

He says a team of these autonomous robots can give farmers access to more accurate and up-to-date yield estimates for crops on large-scale farms.

As clever and life-like as Spot the robo-dog is, we won’t be giving up the farm collie anytime soon.