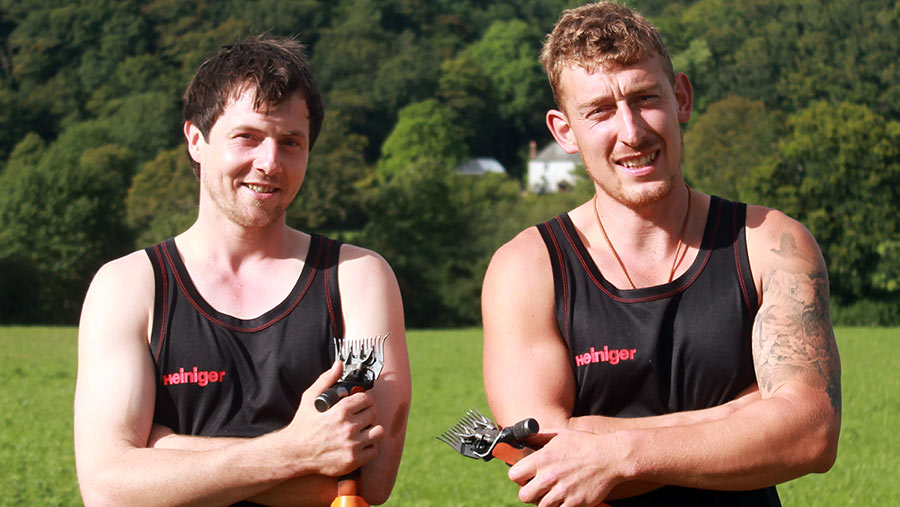 A pair of young shearers have made history by smashing the eight-hour sheep-shearing world record – the first time it has been broken by two Brits in the UK.

The duo were under the expert guidance of world-renowned professional shearer and fellow world record holder, Matt Smith, who broke the nine-hour ewe-shearing world record back in 2016.

Jonny and Martin made their bold bid for glory at 7am on 24 September at Bigley Farm, near Salisbury in Wiltshire, with stormy downpours failing to dampen their progress towards a new world record.

Speaking to Farmers Weekly soon after their triumph, Wiltshire-based Martin said he felt proud to have broken the world record on home soil.

“It’s a massive toll on the body, shearing ewes is very physical because they’re three quarters of your bodyweight.”

Fellow record-breaker Jonny explained that the pair have been training since January by cutting out coffee and alcohol, only eating meat and vegetables and hitting the gym three times a week.

“We’re pretty sore and in a lot of pain at the moment. It’s quite emotional after a long day’s work,” said Jonny, who’s from Devon. “The timekeepers really helped us through and the support from people shouting and cheering just gives you that extra drive.”

The team are fundraising for the cancer and cardiac care charity Stars Appeal, based at Salisbury District Hospital.