“Hello all, I’m leaving Sky News to become a farmer in south Norfolk.”

There’s nothing unusual about changing jobs, but when I told my workmates I was going to be a farmer, I definitely surprised them.

I’ve been a journalist for all my working life, starting out at The Times and then at Sky News, so farming isn’t exactly the next logical step.

See also: Opinion: This year I will Brexit-proof my farm

One thing both jobs have in common is stress.

Whether I’m trying to get the latest news line on air or getting the harvest in, pressure is guaranteed. 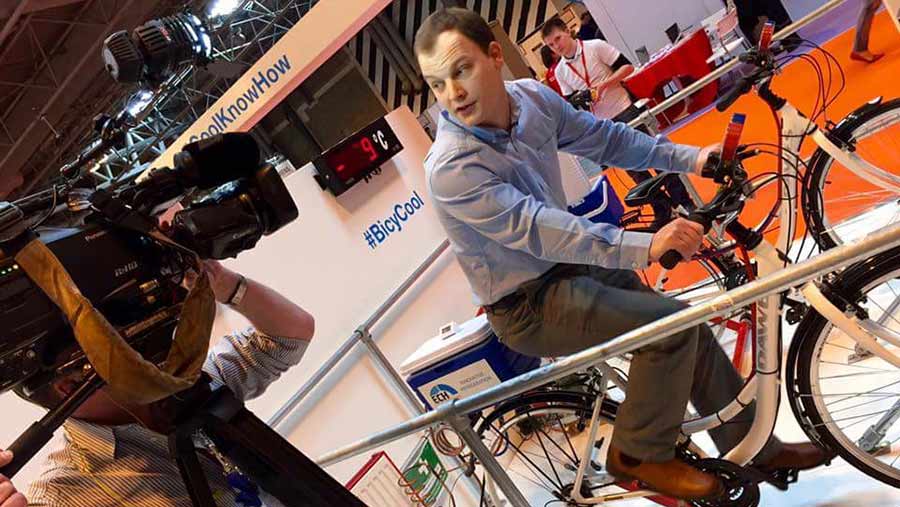 Will Sargent reporting for Sky News

When my colleagues used to ask me what farming was like, I’d say this: “Imagine a field of pound coins and when it starts to rain they all disappear down the drain.”

For most people the weather forecast is something they might watch at the end of the news.

But it’s about to become a nerve-wracking ordeal for me.

So why am I doing this?

I come from a family of farmers and I even married the daughter of another one, so I suppose it’s not a total surprise to those who know me best.

A friend of mine once described farms, as magnetic places and now I know he was right.

I’m coming home and I know it’s where I’m supposed to be. 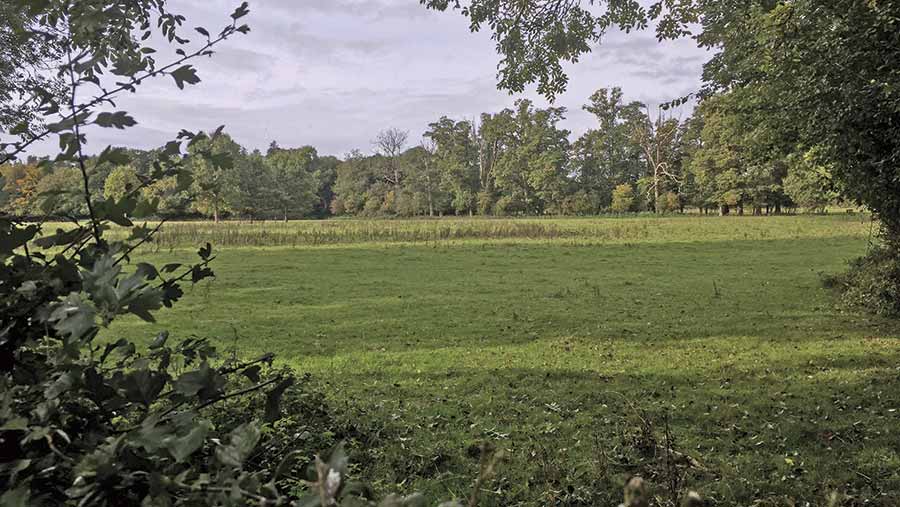 This land is used for grazing and shooting

Having grown up on the farm and broken most of the machinery over the years, I’m familiar with what goes on, but I know I’ve got a lot to learn.

I need learn about all of this.

Once I’ve done that, then maybe I can start thinking about the future. I’ll also be taking a part-time agricultural management course, just in case I’m tempted to have a rest.

Luckily for me, I’m not being thrown in at the deep end.

My father and uncle, David, and Christopher (we call him Kitter), have been running the farm for more than 30 years.

They’re not retiring just yet, which is handy, because at the moment I don’t really know what I’m doing. 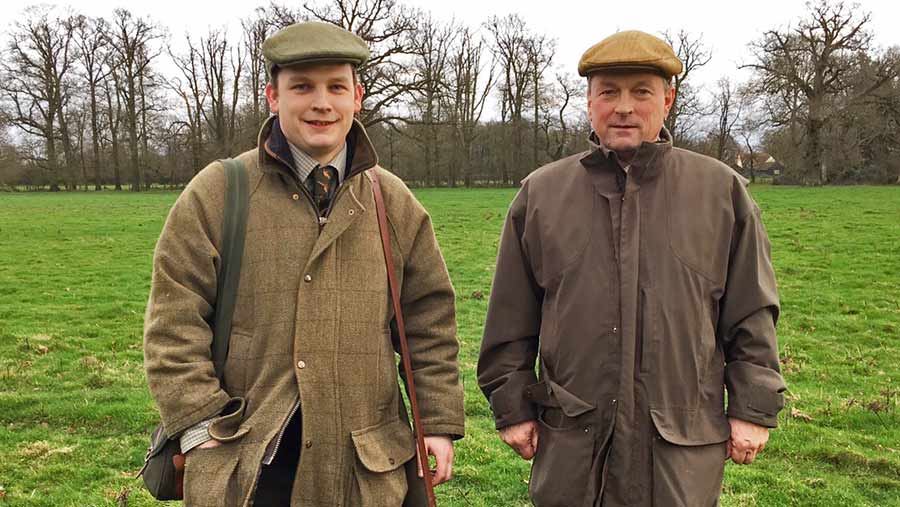 Dad and I on the shooting field

I’ve already learned one thing from them.

Always have an open mind.

A lot of farmers can sometimes be unwilling to change, but not this team.

Dad and Kitter have tried all sorts of things over the years.

They’ve had sheep, pigs, turkeys and even pygmy goats.

If something isn’t working, they quickly move on to something else.

We used to have 10,000 turkeys, but when Bernard Matthews’ fortunes started to wane, Dad and Kitter shut down our turkey business and switched to fattening ducks.

So far, this looks like a canny decision – as long as Farmers Weekly readers keep buying duck.

I’m not the only one making the switch to Norfolk.

Sixteen months ago, my daughter Eve made the first move, when she decided she wanted to be born early in Norwich.

She was supposed to be born in Tooting, but she clearly wanted to make sure she was a Norfolk girl.

The move also means my wife Alice has to change jobs.

She’s enjoyed working in London as a GP, but luckily there are plenty of customers for her in Norwich.

Like me, she grew up in Norfolk (well actually it was in Suffolk, but we can’t hold that against her) and I’m hoping a season ticket to watch Norwich City will help her settle in. 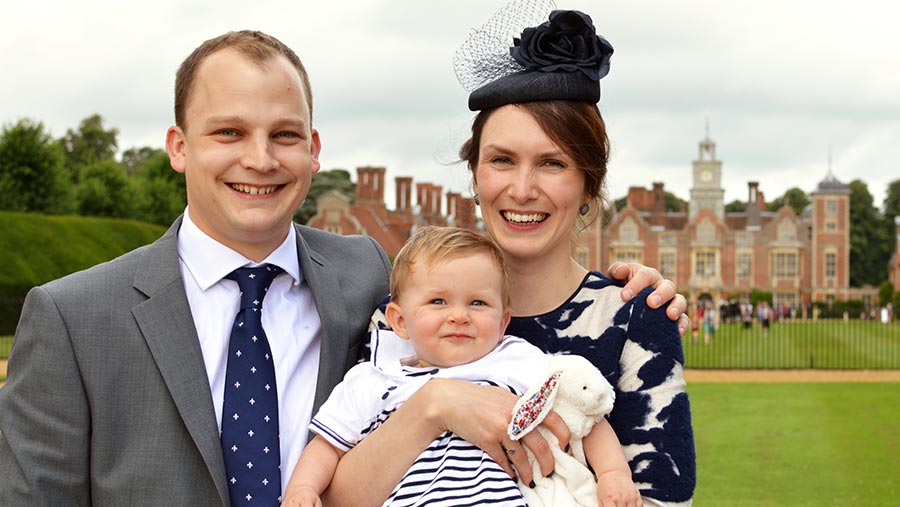 The farmers: Eve is looking forward to the move

Packing up our lives will be difficult, but being closer to our families will make things easier.

My family will obviously be around and Alice’s parents also live nearby.

At the moment, Eve’s grandparents are queuing up to look after her, so we’re going to make the most of that.

Hopefully she won’t wear them out too much. 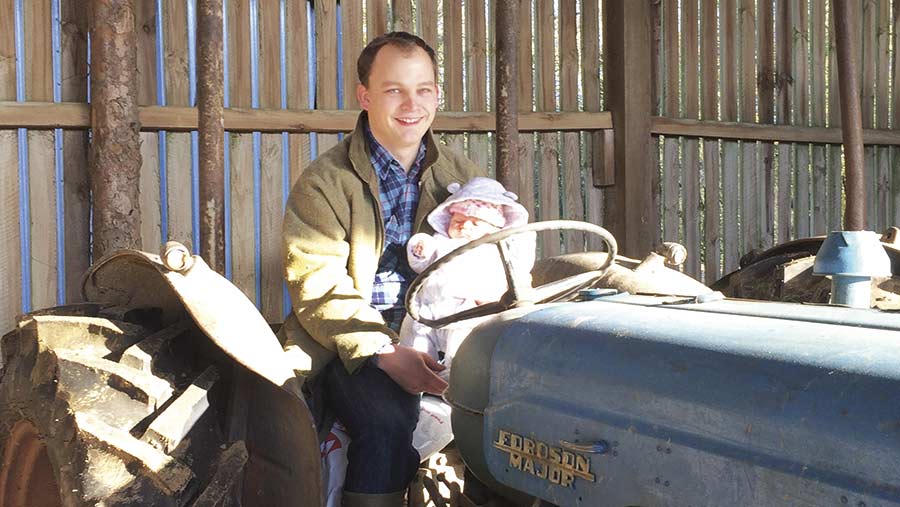