Work has finally started to pick up after a slow start to harvest.

Most of our crops are either safely in the barn or have been sold and taken away – and, at the time of writing, the end is very much in sight.

We’ve got about 120ha of wheat left to cut, which should take between three and four days, depending on the weather. 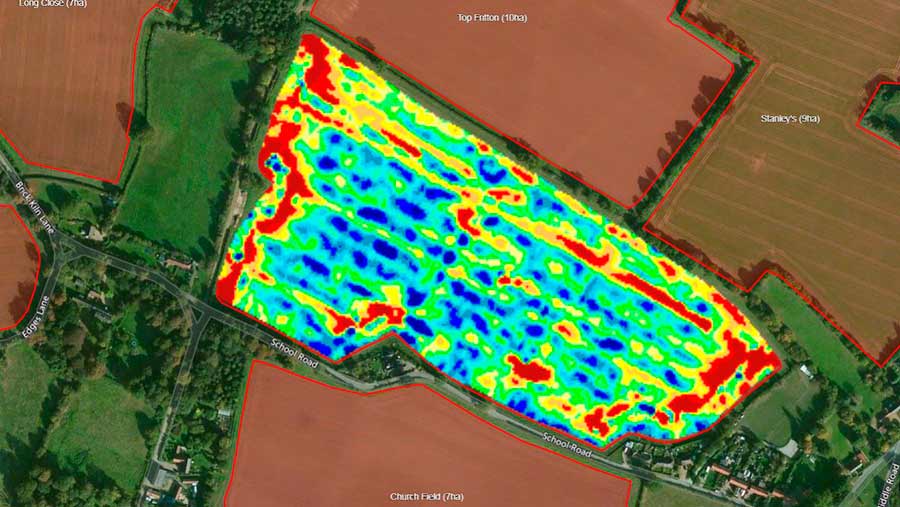 This field had high erucic acid rape on it. It performed quite well, producing about 4t/ha. The worst areas are in red, and the best are blue

This year we’re trying something new – yield mapping. Our combine records an enormous amount of data and, for the first time, we’ve decided to start recording the information on a digital map.

See also: Will’s Way – a stop-start kick off to harvest

Coming from a technology background, I’ve found this fascinating. It’s so interesting to compare what you see on the field with what the computer tells you. 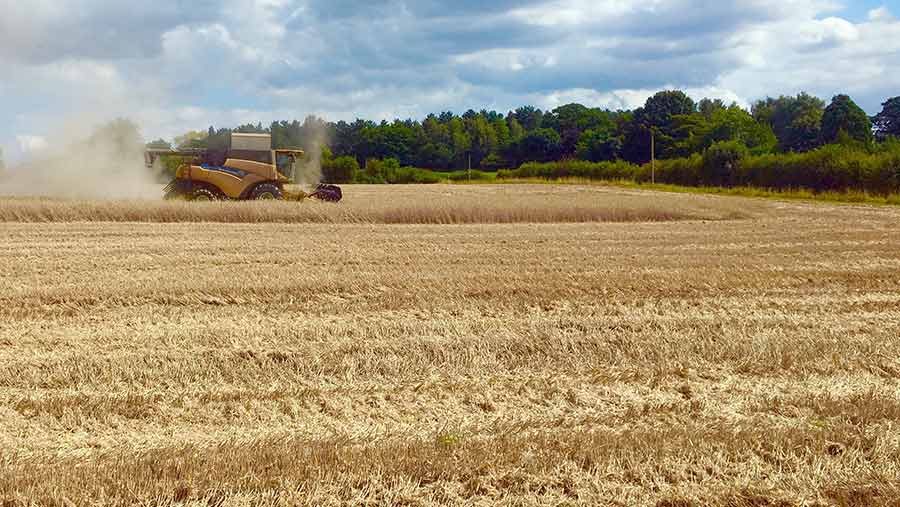 Our combine making its way through the rye. It performed well in this crop and luckily we managed to find a window of dry weather to get it done

Often, it merely confirms what you thought – but sometimes it highlights more surprising details.

The idea is to build a database for each field, which should allow us to make smarter decisions about fertiliser or spray applications.

Of course, just one year’s worth of information isn’t enough to allow us to make big changes, but it will certainly give us a solid base to work from.

Technology obviously already plays a big part in modern agriculture, but there’s no doubt its influence will increase over the coming years.

Whether it’s using drones to look for weeds or GPS on your tractor, we need to keep up with these modern advances. 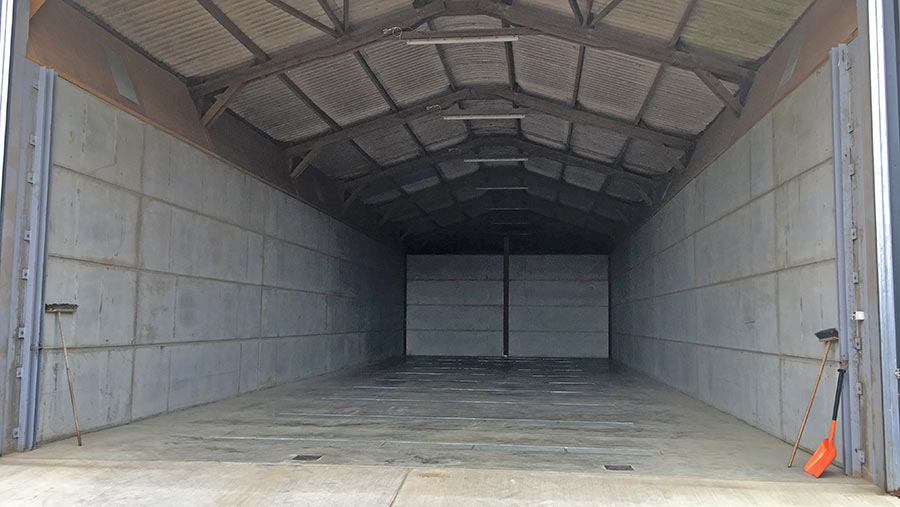 This barn was renovated last year. It’s been well-used this harvest, holding barley, rape and rye

However technologically smart we might get, we’re always at the mercy of the weather, of course, and this year’s harvest has suffered from a few delays.

The jet stream’s reluctance to move north brought unsettled conditions to much of the UK, creating frustration among many farmers.

Thankfully, harvest started early, so we had a little bit more time to get the work done.

The wet weather could also have potentially caused problems with the straw, but we’ve got a good team doing our baling. 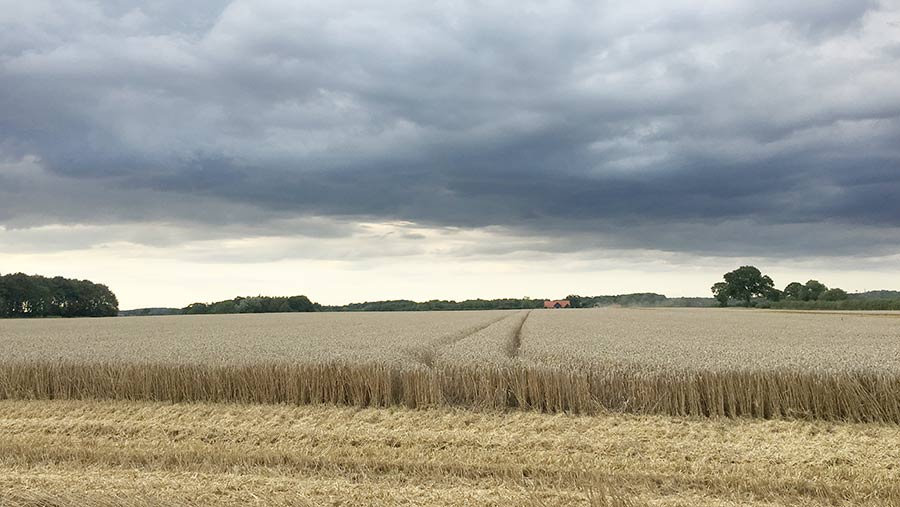 This sums up the weather this year. No rain was forecast this day, but we had a thunderstorm later that evening

So far they’ve managed to bring home more than 1,000 bales, most of which my dad got into the barn before they got wet.

We used to do all of the baling ourselves, but we found it more efficient to use contractors. 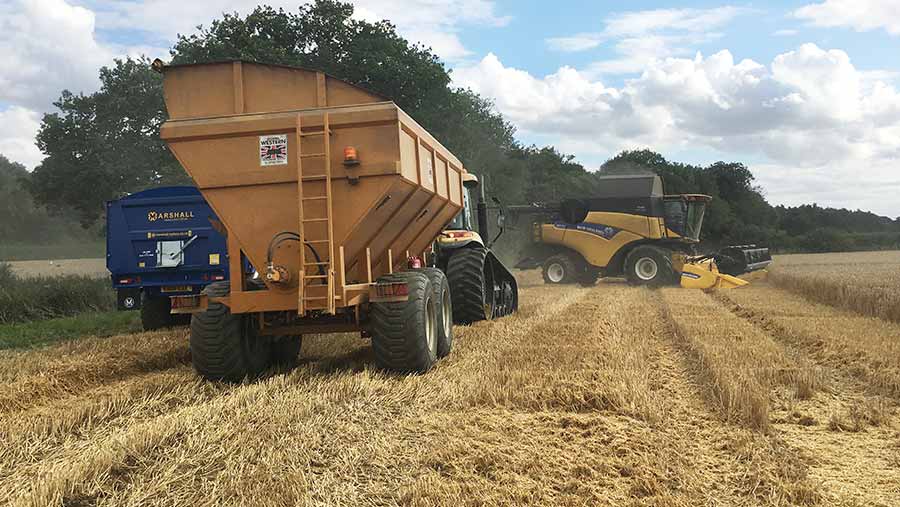 The team gets to work. The chaser bin is really useful on the field, and an 18t trailer makes a big difference

When I haven’t been corn carting, I’ve been discing barley fields ahead of an oilseed rape crop.

Once the fields have been disced, the barley will be sprayed off. 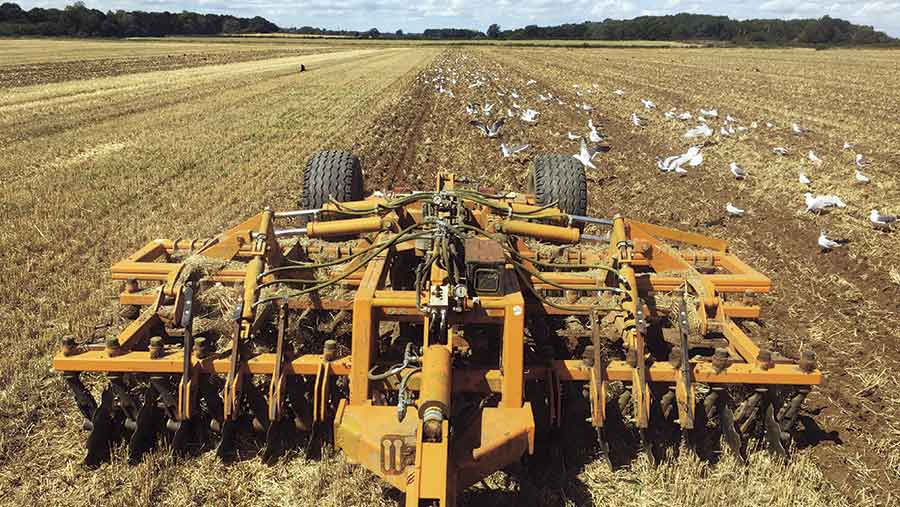 Discing the barley stubble. This was my first effort, so I hope I did a good job

Hopefully, by the time you read this, we’ll have finished harvest and will be in the middle of drilling. But like I say, if there’s one thing I’ve learned, it’s that it’s the weather that dictates the timetable not us.