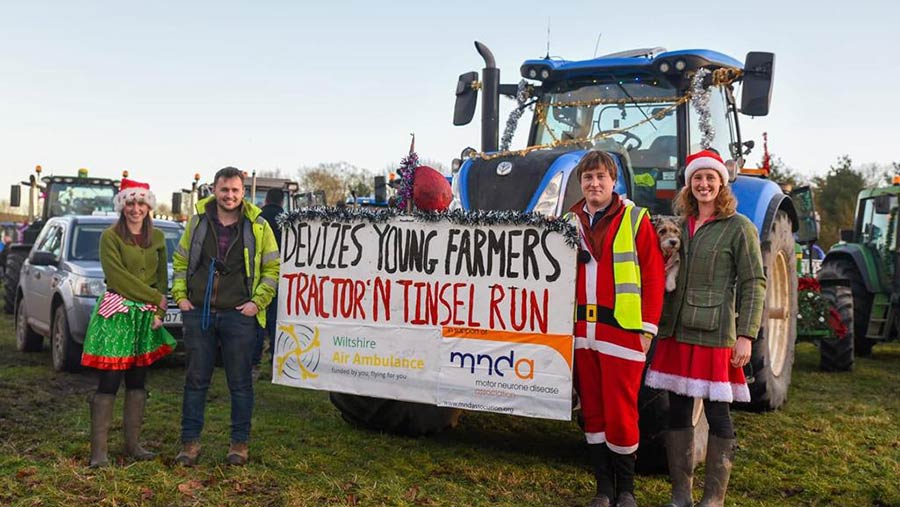 Young farmers in Wiltshire have helped raise thousands of pounds for charity by holding a Christmas tractor run.

With a helicopter from Wiltshire Air Ambulance – one of the benefactors – hovering above, the tinselled-up tractors left Devizes headed towards Pewsey and on to Marlborough.

See also: Christmas quiz: Do you remember the farming events of 2020?

The tractors then journeyed over the Pewsey Downs before finishing back in Devizes’ market square.

Hundreds of people lined the route and came out of their homes to cheer on the tractors and donate funds.

The farmers had hoped to raise about £2,000 to split between two charities – Wiltshire Air Ambulance and the Motor Neurone Disease Association.

But they have smashed their target and now expect to raise about £10,000 to split between the two charities.

Devizes YFC chairman Harry Stokes said: “We had been talking for ages about holding a tractor run but we finally decided to do it after one member’s grandfather died in the summer after fighting motor neurone disease.

“It was a perfect event to host and we made sure that everyone was socially distancing due to Covid.

“The support from the public was fantastic. It was like a carnival. Farmers don’t always get the best press, but this showed that perhaps with Brexit, people will be willing to get behind British farmers after all.” 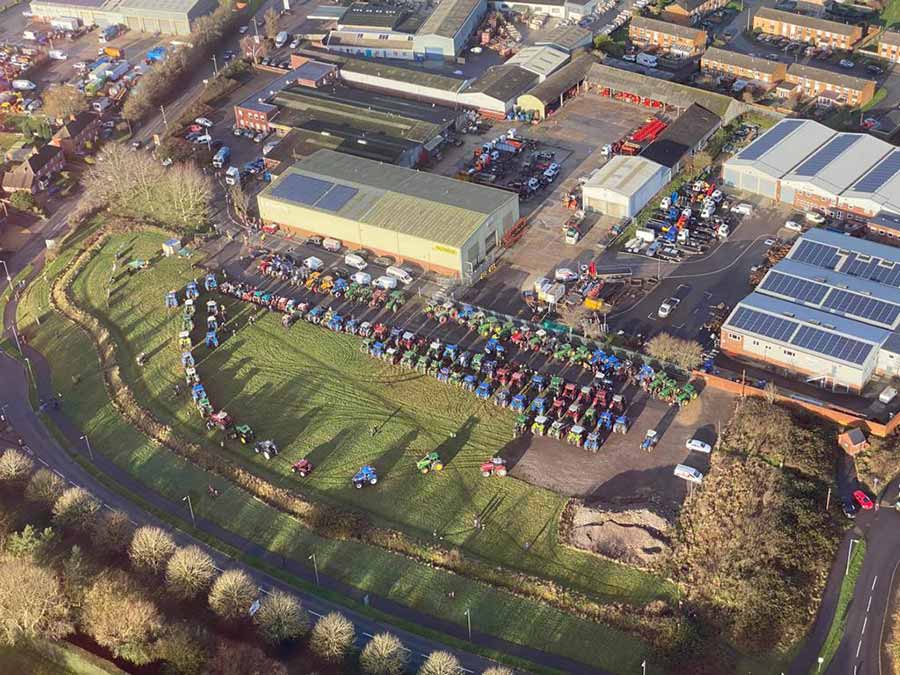 Mr Stokes said both charities were “close to members’ hearts”. Other people connected with the YFC had previously battled motor neurone disease and the work of air ambulance charities is always appreciated by farmers.

“Wiltshire Air Ambulance are very important to the agriculture industry. Very often, they are able to reach remote areas to reach farmers if they are seriously injured in inaccessible areas,” he said.

Wiltshire-based photographer Steph Burch is also selling photos of the event on her website, with all proceeds going to charity.

Meanwhile, an annual Christmas tractor run in Warwickshire has helped raise more than £18,500 for charity.

A convoy of more than 50 tractors festooned in Christmas lights lit up the streets of Nuneaton and Bedworth on Friday and Saturday (19 and 20 December). All proceeds raised from the event, organised by the Sheepy Ploughing and Hedgecutting Association, will go to local charities. 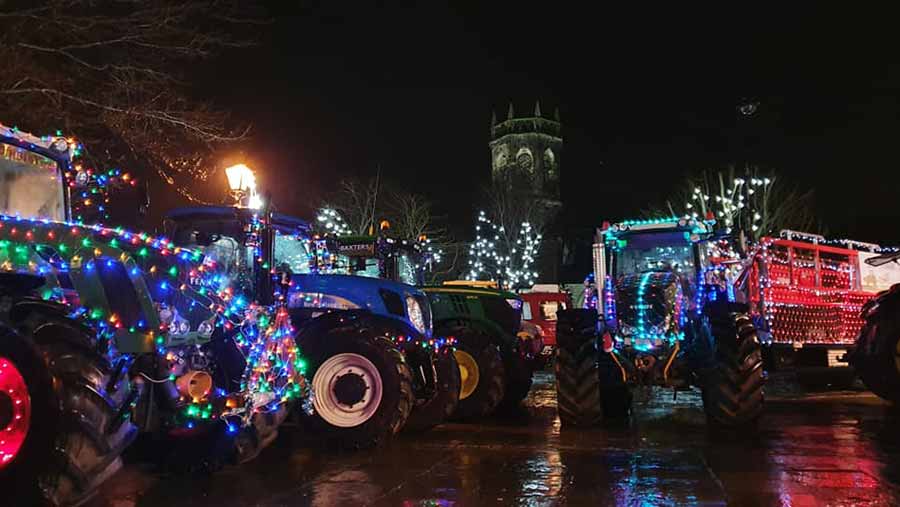