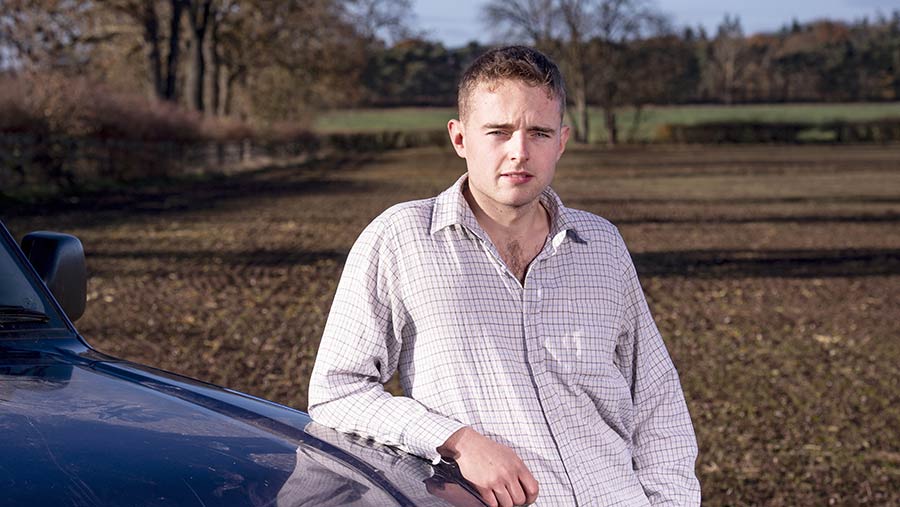 To kick off the new year I travelled to Madingley Hall near Cambridge after being accepted for the John Forrest memorial award.

This three-day communications course is specifically aimed at helping people in agriculture sharpen up their blunt presentation skills, find out how to deal with difficult interview questions and take a perfect picture.

We were immediately put to work with the end goal to be able to spread the word of agriculture in a clear and concise way.

I would really recommend that people take a look at this fantastic opportunity and consider applying for this course next time, as it is truly a worthwhile experience.

In addition to numerous guest speakers, I met six like-minded people of varying ages and backgrounds. We were exposed to a plethora of knowledge that has changed the way I look at what makes a killer presentation.

Over dinner, I was talking to the speakers, who had done a Nuffield scholarship. I’m keen to travel and I was surprised to find out that in fact most of the people on the course had been travelling too.

Chatting to them really made me think about my life and how living at work has put me in a bubble. I’m not saying I don’t like my career, but it is all I have known for the past 11 years.

I’m now of the opinion that there is more out there than what I have experienced so far – different countries, other agricultural sectors, billions of people, and I want to see and meet them all.

OK, not quite, but this is how I’m feeling, especially after watching an interview with the actor Jim Carrey.

During the interview the comedian was talking about his father and how instead of going for his dreams, he settled into a steady job.

His dad played it safe for financial security and for fear of failing at his dreams. His employer eventually went bankrupt and he was made redundant.

Jim said he learned many things from his dad, the most poignant being: “You can fail at what you don’t want, so why not take a chance at something you love?”.

Now I’m craving something more – fresh excitement and experiences. I want to be out of my comfort zone, as I currently feel like I’m cruising on a motorway – steady without many highs or lows.

Instead I want to get on the roller coaster of life, feel the wind in my hair, the bugs in my teeth and adrenaline in my veins.

Taking a leap and doing something new can seem scary and bring on the fear of failing or financial worries.

My view is that you can waste time thinking about doing something until so much time has passed that you ultimately regret not attempting to make your dreams happen. You need to bite the bullet, say yes and give it a go.

Don’t be scared to fail, because if you never do anything that challenges or excites you then in my opinion you have failed already.

I was once told if you’re going to lose anything, lose money, not time. You can always earn more money, but once time is gone, there’s no getting it back.

So on that note, I reckon that America takes my fancy. I would like to ask you, the readers, to tell me about your experiences of farming and travelling.

Any advice would be very valuable to me and will help me plan my time out there. Please get in touch on Twitter, I’m @BenjaminTheaker.