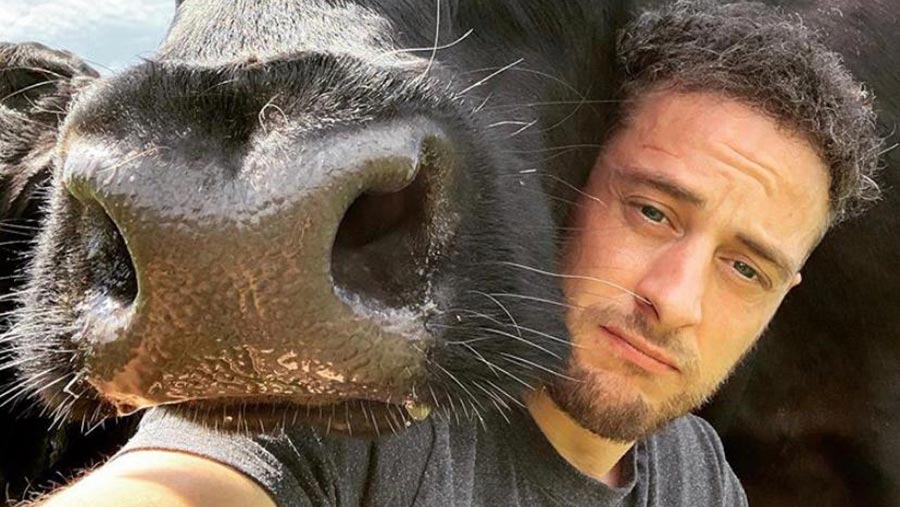 Hailing from a Somerset cattle farm, Sy Jennings has spent his entire life living in the countryside, among the same group of friends.

So when someone suggested applying for Channel 4’s The Circle, he saw it as a chance to try something new, while banging the drum about farming to a national non-farming audience.

Now in its second season, The Circle is a reality TV series set out as a game based around social media. The concept is designed to highlight how anyone can be anyone they want when using social media – so contestants must choose to tell the truth or lie about who they really are and trick their fellow players.

All contestants are housed in a block of flats, but can only interact with each other via The Circle – a specially designed social media platform. 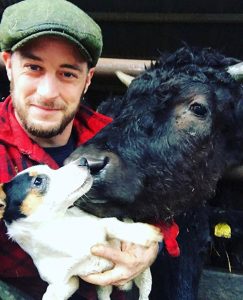 The aim of the game is for players to rank each other based on who they like the most, with the least favourite person eliminated from the game.

The final week of the show continues, 10pm weekdays on Channel 4, with the final this Friday, 18 October revealing who will win the £100,000 prize money.

When Sy applied, he was quickly invited to London for an interview. “They asked me to take a dog, so I took my Jack Russell, Millie, on a bit of string, as she isn’t used to being on a lead,” says the 35-year-old.

“It went down quite well and they were fascinated with my cow stories – which is another reason I wanted to do it. Talking about cows blew their minds.

“I thought, if I can get anything out of this, it would be to tell stories and open a few eyes to farming – if I can do my bit and make just one person think that cows are happy and do have a good life, it would be worth it.”

Sy decided to play the game honestly as himself, because he says he isn’t a fan of people pretending to be someone they are not on social media.

He used his short-lived stint on the show to highlight the tough time that farmers are enduring and underlined the damage that unfairly negative press from mainstream media outlets can do.

“Sometimes city people listen to the news and can form a one-sided opinion, so I felt I could have a voice for the industry.”

Though he was initially worried about being cooped up during the show, he was sad to leave after the fourth episode. “It was nice to smell fresh and clean for a bit.”

Talking about agriculture on the show has certainly garnered some attention and Sy now has an avid following on Instagram, who keep up to date with his farming life since his stint ended.

⭕️HE’S GOT THE MOVES LIKE JAGGER⭕️ – Okay, maybe not… but tune in to Channel 4 tonight at 10p.m. to find out what’s going on here!?? Will you be watching?

“I have had nothing but great responses from the public,” he says. “I put the farm and the cows on my Instagram story and the amount of people who react is great.

“I get loads of questions and I answer every one of them – especially the farming-related ones – even when someone asks if the cow is a boy or a girl.”

The story he shares with his flourishing social media audience is pure and simple farming, with the aim of educating his followers and showing them a side to farming they wouldn’t usually experience.

“People see me feeding the cows and it’s a story they don’t get in the supermarket. They do point out that the cows are going to slaughter, but I tell them that my dad and I try to give them a good life for two years, as animal welfare is the utmost to us.”

But should other farmers look to use reality TV in this way more often? “I can’t imagine many farmers would want to or have the luxury to, but it would be great if they did,” Sy says.

Social media can be a double-edged sword, he warns. “More people use it as a negative than a positive thing, and farmers don’t have the time to fight their corner. But they are getting on the band wagon, meaning more will fight and have a voice.”