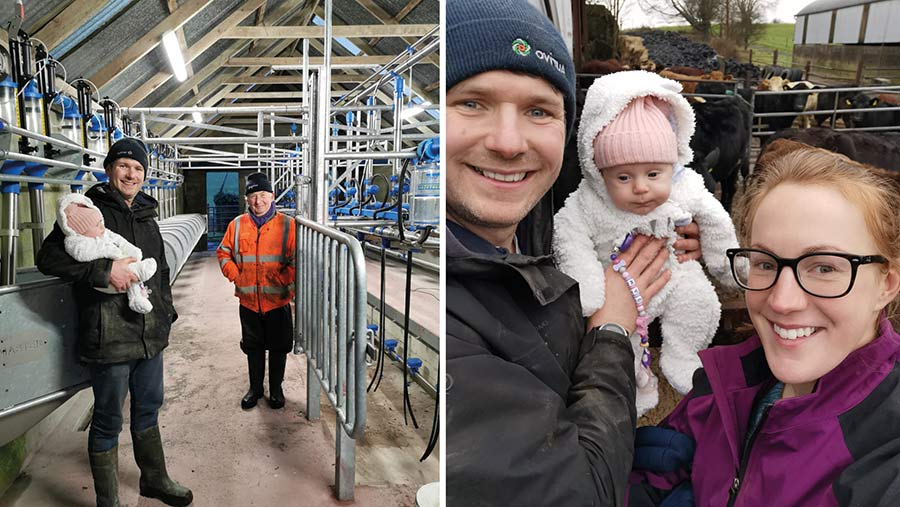 Who to pass the family farm onto, when and how to do it, are always important and often difficult decisions to make. One thing is clear, however, making sure the issue is addressed is critical both for the health of the farming business and for the people involved.

Discussions on succession began about 15 years ago between Alan Duggan and his parents, John and Bridie, on their County Mayo farm.

See also: 6 tips on aiding succession on your farm

There was a catalyst in that John had a heart attack and it became apparent he would have to progressively scale back his workload and involvement with the farm. Alan shares his experience of how his family dealt with succession.

Alan was 25 and in Australia at the time and returned to help while his father recuperated. It wasn’t long before the succession question began to feel pressing.

“I got more involved with the day-to-day and the business planning side, and realised we had to put a long-term plan in place,” recalls Alan.

“There was also a strong tax imperative as, in Ireland, you save on stamp duty if you transfer a farm to someone under the age of 35.

“Everyone always says good communication is the key to succession planning and for me that was about being honest about what I’d like to happen.

In terms of the overall direction, the discussion evolved “naturally and organically”, but the detail of studying the accounts and running through various options was approached in a more structured way.

“We went through various scenarios of how we could make the transition and ensure the business remained viable – basically, for them to still take a living out of the farm, while making sure it could support me and that I wouldn’t effectively be paying to be a farmer.”

It wasn’t, says Alan, an uncomfortable process – not least because he and his parents have a good relationship – but once a solicitor was involved, even though it was only to put in place the process for transferring the ownership of the land and the house (with the proviso that his parents had a right to live in it for the rest of their lives), it felt more formal.

“It was a strange feeling, but there was no friction. In many ways, it was actually a big relief to my father. Once it was done, I noticed a change in how he was and how we interacted. It was like a weight had been taken off his shoulders.”

Some of the hard work really begins after you’ve got your outline plan, adds Alan.

“Establishing the principles and doing the paperwork were, in some ways, the simple bit, but making the day-to-day transitions can be really difficult.

“When someone has to go from making all the decision to letting someone else make them – and sometimes making decisions they don’t agree with – that can be hard.

“Dad and I did have rows and that could be stressful, but we generally get on well, so we could get beyond that.”

The situation can be complicated if multiple sons or daughters want to get involved, but because Alan’s five older sisters and younger brother and sister had always expected Alan would take over, none had any issues with it.

“After my parents and I had talked, I explained to my siblings what we were planning and asked for their thoughts. Some actually asked if I was OK with the plan.

“They wanted to check I didn’t feel pressured into doing it just because it was what had always been assumed.

“That said, my dad always felt it was important that we had the opportunity to go away to college because he’d had a lot of responsibility on the farm, even when he was just 11, because his father fell ill.”

Alan did an engineering degree then followed a career in that industry, coming back at weekends to help, as and when needed. “As I got older, I realised I prefer farming to engineering.”

Nowadays, he lives five miles away from his parents, with his wife Trish and their baby, Mae, but the couple is hoping to build a house on the farm.

“Some parents just can’t face the succession conversation because it feels like it’s making them redundant,” he suggests.

“But the issue will only get harder, and the truth is, sons or daughters have more of an appetite to take a business forward if they take the reins before they’re too old.

“In general, parents and children have each other’s best interests at heart, but you hear some horror stories of families falling out.

“I just wanted my parents to be happy, while also being able to shape my own future.”

“Mae sleeps through the night so we’re lucky and get plenty of sleep – I’m sure that won’t be the case once my heifers start calving, though.”