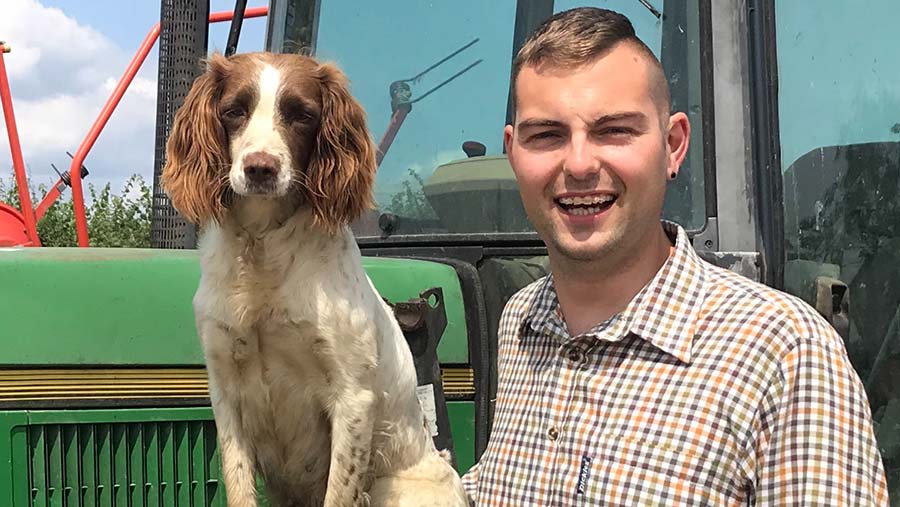 Stuart Gardener is typical of a farming 20-something. Having grown up with agriculture “in his blood”, the 28-year-old would love to have his own farm one day.

In the meantime, he’s working all hours – renting ground, rearing cattle and contracting, while holding down a full-time job in a local country store.

He studied at an agricultural college. He was a member of a Young Farmers Club. He’s also – and this is where his experience differs from many of his peers – gay.

“People’s views on LGBTQ+ issues are changing,” he says. “Even five years ago, when I came out, there was a big stigma attached to it – and, while there still can be, it’s a different situation now.”

He attributes this change of attitude to the way his generation has been brought up, plus a shift in how farmers view the world generally.

“It wasn’t that long ago when farmers only talked to other farmers. Now, increasingly, they’re marrying non-farmers, mixing far more with the wider world – and, of course, social media has changed everything by giving them a different view on life,” he says.

While 90% of young people “couldn’t give a hoot” if you’re gay these days, there can still be a generational gap, with older people sometimes displaying homophobic attitudes, he adds.

Stereotypes are, he says, partly fostered by TV and the media, with drama particularly “so desperate to be compelling that it’s not always realistic”.

Coming out was a huge step for Stuart, but the overwhelming reaction was one of support, he recalls.

“I was worried when I was building up to it that people would be against me, but that wasn’t the case. It didn’t help that often all you read about is doom and gloom and negative stories, which can make it feel so intimidating. You read far less about all the positive outcomes.

“In a city, your work colleagues might well be a different set of people to your neighbours, who are a different group to your family and your friends. In agriculture, everything’s so interconnected you worry that if one group was to ostracise you then the whole thing could come tumbling down like a pack of cards.

“But everyone’s been fantastically supportive. There were lots of questions and it took some people a while to come to terms with it, but nothing’s changed with my family and friends. If anything, I feel closer to them because they know the real me now.”

Stuart says his experience was actually helped by the fact that he was part of the farming community.

“Some people still have a stereotypical view of what a gay person is like – whether that’s what they wear or what they want to talk about. But they already knew me, so they knew I wear wellies and talk about cattle prices.

“The choice of when – or whether – to come out is an individual one, but I don’t feel like I’m hiding any more; I feel like I’m living my life,” he adds.

More education and awareness-raising is needed as prejudices still exist – and this will take time, says Stuart. But he hopes young gay men and women in the countryside will take heart from his experiences.

“People shouldn’t judge you for your sexuality. It doesn’t matter – it’s your personality that counts and how you treat other people.

“My sexuality isn’t what defines me; farming does – and in farming, it’s all about being hard-working, having a good attitude and doing a good job.”

His approach to agriculture has always been to try to find a niche, he says. He keeps Dexter cattle, a rare breed, because the meat is unique and, working alone a lot, their small size makes them easier to handle than other cattle breeds.

“It used to be all dairying around here – now there are a huge number of equestrian yards, so I do quite a bit of contracting and paddock maintenance.

“Every penny I earn, I keep investing because I’m currently relying on rented land and that puts you in a precarious position. You’re trying to think two years ahead in terms of stocking levels, but it’s not definite that you’ll even have the land.”

One event he is able to plan ahead for with certainty is his wedding in 2020, when he’ll be tying the knot with partner Ashley.

“People sometimes ask me what a gay wedding is like. I say it isn’t any different to a straight one, other than the fact that there’ll be two men standing at the front. And that I won’t have to fork out for a dress!”