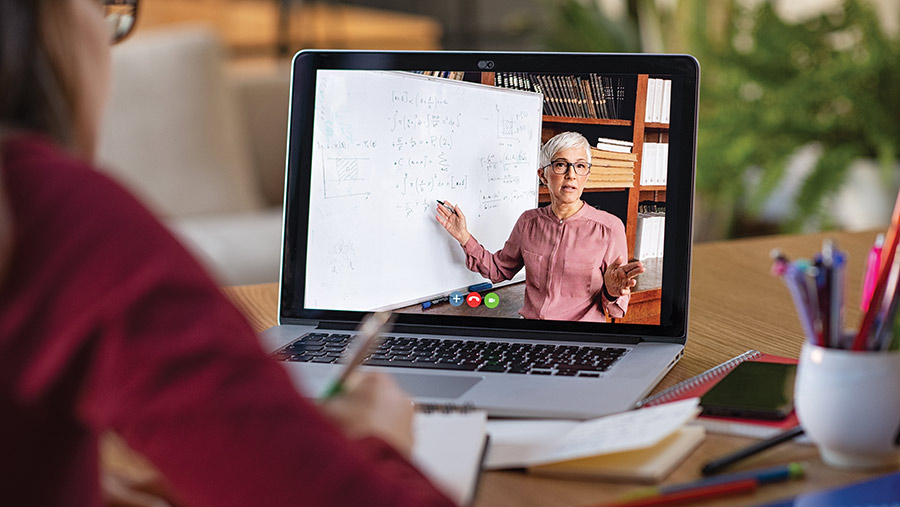 Young people studying land-based subjects are having to review their plans for the summer, with the coronavirus crisis closing colleges and universities around the country, as well as disrupting holiday job plans.

They’ve had to get used to studying remotely, being separated from friends and have had to alter plans for the summer vacation and for the year ahead.

Despite facing such challenges, agricultural students are a practical, positive and ingenious bunch.

We catch up with two to hear how they’re staying upbeat and proactively shaping their future.

See also: How ag students are staying positive in a pandemic world 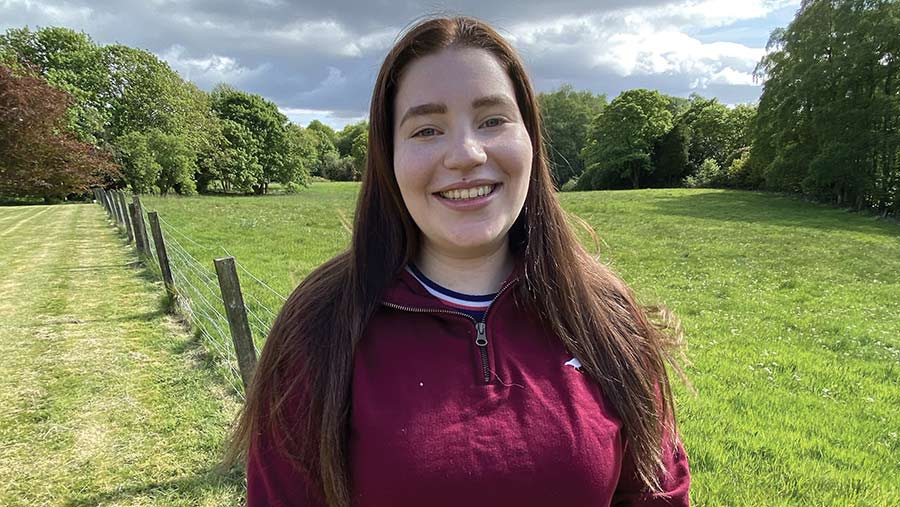 Chiara is busy juggling academic work with hunting for a placement job.

“It’s tricky because potential employers are facing so much uncertainty themselves about the next few months that they’re simply unable to guantee anybody any roles,” says the 20-year-old.

Chiara, who comes from Argyll and Bute and is studying an agriculture degree, hopes to do a nine-month placement, before heading back for her final year and to write her dissertation.

“My ultimate goal is to work in consultancy and I’m very conscious that getting this hands-on experience would broaden my knowledge and hopefully make me more employable when I graduate.

“It’s difficult job hunting when you’ve also got university work to do, but I’m determined to persevere with the search, as a sandwich year would be good for my CV and a chance to earn some money,” she says.

Chiara had been living in a house in the north-eastern city with eight friends when the coronavirus crisis started.

“It was sad to have to cut the year short and odd having to leave so soon and so suddenly. If lockdown rules allow us the chance to go back before we have to move out of the house permanently, then we’d all really like to meet up.

“We’re all trying to make the best of the situation, though, and I live in a fairly rural spot, so have lots of fresh air to walk in.”

Opting to study at Newcastle was an easy choice for Chiara. “I really wanted to study agriculture, but I didn’t want to miss out on the experiences that come with a big city university.

“Newcastle is a massive place, but the Northumberland countryside is on our doorstep and that’s amazing.

“It struck me that coming here would offer a perfect mix of big city nightlife and student opportunities, as well as a really good course with great lecturers and support staff.

“We get a good amount of field trips, too, where we can apply what we’ve learned in lectures.

“I like the course because it’s so varied, but my favourite modules are farm business management and economics.

“I’m sure my thoughts about my career will coalesce in my final year, but consultancy seems a varied job that’s a mix of indoors and out, that gives you the chance to meet people, get involved with lots of business and make a real difference.” 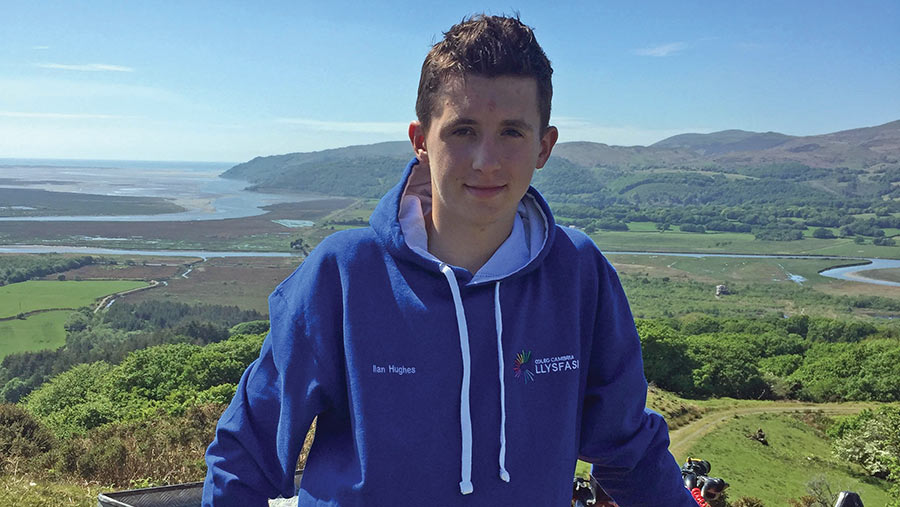 With lambing in full swing, lockdown didn’t feel like a huge departure from the norm initially for Ilan, but only began to feel strange after that spell ended.

“It was flat out – I didn’t stop for weeks I came home,” says the 17-year-old from a family farm in mid-Wales.

“Once lambing finished, though, not being at college – and not going anywhere – started to feel weird.”

In the first year of a two-year Level 3 Diploma in Precision Agriculture, Ilan says students everywhere will be left with a sense of “lost time”.

“When I left school, I was really looking forward to having two years at Llysfasi, but it feels as if I’ve only had six months there and now suddenly only have a year left.

“I do feel as if I’m missing out on some of the college experience I was hoping for – but it’s no one’s fault and I just count myself lucky that I’m healthy and live in the lovely spot that I do.”

He says the new system for academic work – receiving it by email, doing it on his laptop then sending it back – works well, but he misses the practical elements of the course and the interaction with peers and staff.

“Working at home is never going to be the same as in a class or on the college farm because there isn’t the face-to-face interaction.

“I miss the social side of college, too. We all do Snapchat and group chats, but it’s not the same. I miss the tutors, too – they’re not like teachers at school, they treat us more like adults; they’re friends in a way.”

The Covid-19 crisis also forced the cancellation of Ilan’s lambing placement in Pembrokeshire and a study trip he was joining to Amsterdam.

“Overall, though, lockdown has meant less of a change for farmers because we don’t normally have as much daily interaction with other people as those living in towns or cities do.

“I worry about the older generation because one of the few places where they do talk and interact is at the mart and markets are operating under new rules which means this isn’t possible.”

Ilan sold some December-born lambs from his own flock of Poll Dorsets in April at Machynlleth mart.

“Sellers can drop stock off and take them to the pens, but obviously don’t get to stand ringside and watch them sold. I was very pleased with the prices – they averaged 42kg and made £100 each.”

Ilan is now expecting not to get back to Llysfasi until September. “I’m keen to get back, see my friends, start doing the practical learning again and return to normality,” he says.