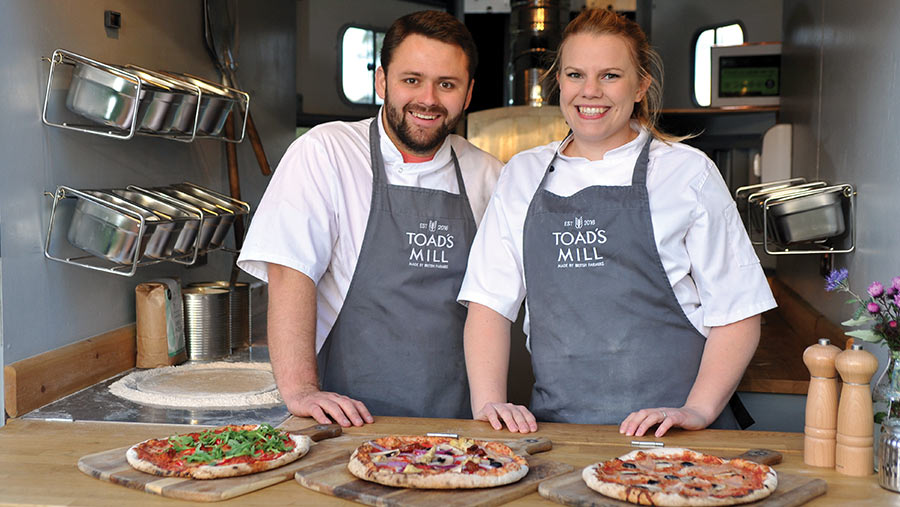 The Henry Plumb Foundation has been helping young farmers to further their farming businesses for the past seven years.

Founded by Lord Henry Plumb, the foundation provides financial backing and support for people with ideas, enthusiasm and a desire to get ahead in farming. Successful applicants receive a small grant – but perhaps more importantly they also receive guidance from an industry mentor.

Almost 100 young farmers have been helped by the foundation since it was set up in 2012, says its chairman John Thorley. The aim is to harness the experience of people who have spent time in the industry to help new entrants and others build better businesses.

“Our speciality is mentoring,” says Mr Thorley. “We give a maximum of £3,000 which in farming terms is not a lot, but through the team [of mentors] that we have, our contacts are comprehensive and we help candidates as they continue to grow.”

The application process is thorough, but sympathetic. Candidates should be practical people, but they should also be thinkers, says Mr Thorley. “What we try to do is get the right balance to give them confidence and to make up the attributes that they haven’t got.”

In summer 2017, Toby and Lydia Whatley were matched with mentor Clarke Willis. A former chief executive of the farmer-owned co-operative Anglia Farmers, now the AF Group, Mr Willis also had experience in the food service and catering sectors.

The couple grows spelt wheat to conservation grade standards on their 120ha farm at Bromsgrove, Herefordshire. They were selling spelt flour in small bags to farm shops and small bakeries – but were keen to take the business to the next stage.

Working together, a detailed marketing plan was developed with help from Mr Willis. After carefully researching the market, the Whatleys decided to purchase a horsebox and fit it out as a mobile kitchen – selling artisan pizzas made with spelt wheat flour.

Starting at small events, the couple now cook and sell pizzas as Toad’s Mill Kitchen at weddings and country fairs too. “We go from field to plate. We grow it, process it, make the dough, cook it and pack it – the whole process all the way through.”

The foundation helped steer the business in the right direction, says Mr Whatley. “Sometimes what you think people want is not necessarily what they do want. That was the case for us. We thought people just wanted our flour, but actually they wanted something made with it.”

Pizzas are named after fields on the family farm. Although the coronavirus pandemic means there are no festivals to attend this summer, the business continues to prove successful and is able to cater for other events big and small.

First-generation beef and sheep producer Tom Addison approached the foundation for a grant to help expand his calf-rearing enterprise.

“I wanted to rear better-quality calves – and rear more of them, too,” explains Mr Addison, who was initially rearing calves in a shed when it wasn’t being used for lambing. “The shed wasn’t really suitable and I wanted to use calf igloos instead.”

Mentor and Oxfordshire dairy farmer David Christensen has been extremely helpful, says Mr Addison, who farms at Newport Pagnell, Buckinghamshire. As well as visiting the farm, he has provided advice, contacts and a listening ear on the end of the phone.

Mr Christensen says he has also benefited from being a mentor. “I have relatively young staff in my core business too and I get a lot from their enthusiasm, their ideas and their way of thinking – certainly their approach to technology, which helps me keep up to speed.

“Our industry really benefits from new people coming in. Fresh-thinking, new blood and new ways of doing things are so important. High capital requirements act as a barrier to entry, so when you see new people having a go, it is incumbent on us to support them.”

Upland tenant farmer Samantha Shuttleworth and partner Oliver say the foundation has been invaluable in helping them to build up their business.

The couple have three children with a fourth on the way. They took on a 10-year farm business tenancy last April. The 120ha hill farm near Sedburgh, Cumbria, is home to a flock of Swaledale and white-faced sheep, with a small herd of beef cattle.

Ms Shuttleworth says the goal is to ensure the business is on a firm footing sheep-wise – and to double cattle numbers from 15 to 30. “I don’t think you make anything for two, three or four years. But we’re busy and growing as a farm and as a family,” she says.

Mentor Alan Alderson is one of the top Swaledale sheep producers in the area. Still farming despite being past retirement age, he is a former chairman of the Swaledale Sheep Society.

“I would like to think I can help anyone who wants to get into agriculture,” he says. “They look after the stock well, so I have just been watching from a distance really. Since taking the farm over, they have been doing a good job. I have been in farming all my life and enjoyed it. It’s a tough life and it gives me a thrill to be able to help.”

Ms Shuttleworth agrees. “Obviously, it’s hard, but we’re getting there,” she says. “Mr Alderson asks how we are and stops off when he is passing. He is always available to chat things through. Being there is enough really – knowing that someone is there to help if you need it.”

Applicants find the process itself a great way of refining ideas and meeting new people who share a passion for agriculture. Candidates should usually be aged 18-35. Here’s how it works:

Henry Plumb – the peer with a passion for agriculture 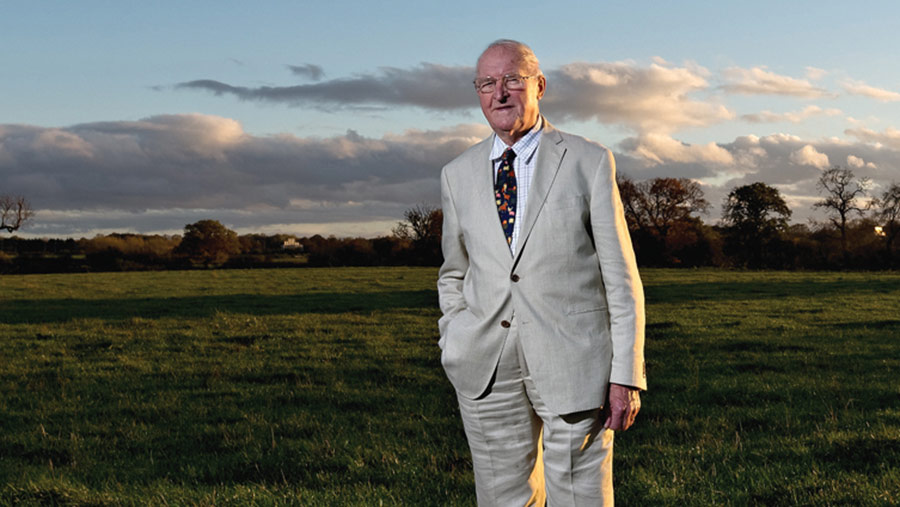 Farming might be harder to get into these days – but it still promises a good career, says the man who founded the Henry Plumb Foundation.

Land is expensive and can be difficult to come by, says Lord Plumb. But agriculture is a rewarding career, he adds. And although it remains as important as ever to feed the nation, farming is about much more than producing food – including looking after the countryside.

Now 95, Henry Plumb was just 15 when he was taken out of school to help on the family farm at the start of the Second World War. It was thought the war would be over in months and he would return to education. But after six years it was too late and he never went back.

That didn’t prevent what became a successful lifetime spent in farming and agricultural politics. In 1964, Lord Plumb was elected NFU vice-president aged 38 – the youngest  officeholder of the union. He later served nine years as NFU president.

Elected MEP for the Cotswolds in 1979, Lord Plumb almost immediately became chairman of its agriculture committee. Several other chairmanships followed until in 1987 he became president of the European Parliament. He was made a peer in the same year.

Lord Plumb set up his foundation in 2012 to provide youngsters with the sort of help and advice he wished he had had when starting out in agriculture. Nearly eight years later, the foundation has helped almost 100 people.

“I was 15 or 16. I had come home, there was a war on. Tractors were just coming in and we were beginning to see a future in agriculture. I had an excellent father – he was a wonderful man – but I wanted somebody else to teach me and show me what I needed to know.”

Lord Plumb describes the amount of support the foundation has received as “absolutely incredible”, and says people continue to be generous with both time and money. “I won’t name names because it isn’t fair – but it is extremely encouraging.”

There is a growing interest among young people in agriculture, food production and the countryside, he adds. “We can be proud of British agriculture and I wouldn’t have it any other way. I’m a born farmer and farming is something that is in my blood.

“Colleges and universities are forging ahead in the way they teach agriculture – and are important in helping secure a future for farming. There are fewer of them but their system of learning – their method of learning – is in itself something that we should recognise.”