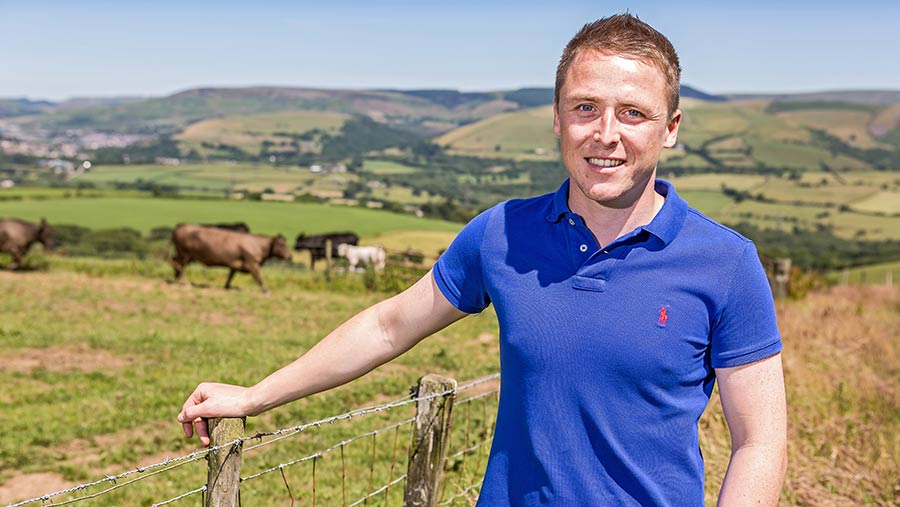 I’m sure I’m correct in imagining that the majority of us continuously strive to ensure that the land we farm is left in a far improved state than how we found it – after all, we are custodians of the land.

As farmers, we are here primarily as food producers and this should always remain at the core of what we do.

We should also be very proud of the fact that for generations not only has the UK been at the forefront of food production, but it also upholds the highest possible environmental standards.

Recently, “environment” has become a buzzword that our politicians continuously use whenever they talk about the future direction that they envisage for UK agriculture.

Personally, I have no issue  with this. In fact, I think that the environment and food production are two variables which certainly go hand in hand.

After all, every single one of us want our farms to be as sustainable as possible in order to successfully hand down to the next generation, right?

A prominent issue I have with politicians and their environmental push is that if they implement certain restrictions on the way we farm here in the UK, then it is paramount that they should also ensure that food being imported also has to abide by the same standards.

Not only have we as British farmers had to adhere to these regulations, but we are also proud of the standards we uphold.

The problems arise when politicians do not strictly enforce these measures on imported goods coming into this country because we are only exporting environmental issues to other parts of the world.

People in power, and this includes the likes of George Moinbiot, cannot just bury their heads in the sand.

They need to open their eyes and realise that it is no good just imposing strict environmental measures on the way British farmers and other industries operate.

This is especially important when imported products are coming from parts of the world where rainforests and other wildlife habitats are being ripped up at a rate of knots.

Not only is it morally wrong to be supporting the environmental and ecological damage that other countries inflict as a result of their food production, but it also puts us as British farmers at an unfair disadvantage when it comes to producing food.

The gloves are coming off

By respecting the restrictions on the way we farm, this often has a detrimental impact on both the volume of food that we are able to produce and how efficiently we can produce it.

This will inevitably affect our bottom line, as these countries with a considerable lack of concern for the environment are able to have a much lower cost of production. How is this a fair and level playing field?

It is time for the gloves to come off. We need to let the public know that if they really care about the environment then they need to buy British – not the marginally cheaper option that has been flown halfway across the world.

We should not be scared to highlight that food production in other parts of the world has to comply with staggeringly low environmental standards.

Why should we protect the image of farming in these places? They don’t care about us.

Many of these countries do not think twice about undercutting us and flooding our domestic markets with cheap pork, lamb and beef.

Environmental regulations are all well and good, but they must be enforced across the board.

We as a nation cannot be hypocritical when it comes to the carbon footprint of food on our supermarket shelves.