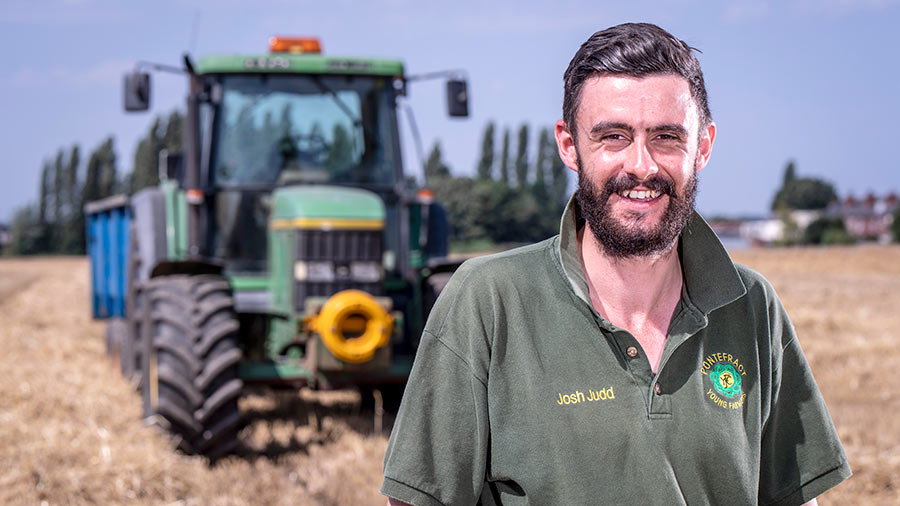 Harvest is off to a slow start here in Yorkshire. Some of the barley on the reclaimed quarry land had droughted out, which allowed me to get it cut last week, but yields are looking reasonable for the light sandy soils we have here.

The rest of the barley isn’t quite fit and as I write the rain is pouring down, which has put a halt to the baling operations too.

So there was only one thing left to do, and that was stack bales in the shed. Stacking almost 1,000 conventional square bales on a wet Friday afternoon is obviously my idea of heaven… or maybe not!

I managed to get to both the Great Yorkshire Show and the Driffield Show this year. It is always nice to have a day off and catch up with friends.

Farm safety was high on the agenda at both shows and this came up at the Future Farmers of Yorkshire breakfast in the NFU tent at the Great Yorkshire.

With Farm Safety Week been and gone in mid-July, and recent tragic events on two separate farms – as well as reports in the media about farming being the most dangerous industry in the country – it did get me thinking about farm safety.

You are 18 times more likely to have a fatal accident working on a farm than in any other industry. Farming accounts for 1% of the workforce in Britain, but 22% of all worker fatalities.

These figures are startling and with harvest being the busiest time of the year for most farmers, it’s important that everyone takes the time to slow down and think about safety a bit more.

I think safety campaigns like Northern Powergrid’s “Look up it’s Live” campaign and the NFU’s year-long safety campaign are going a long way in helping to change people’s attitudes towards safety on farms, but there is still a hell of a lot of work to do to curb those figures.

It’s down to each of us to make sure we are operating safely on and around the farm to bring the statistics down.

Hopefully by time you read this the weather will have settled back down and let me get the rest of the barley cut and baled before 3 August, as I hope to be one of the 50 or so farmers who are attending Brighton Gay Pride parade with the Agrespect team.

It’s set to be a great day and it’ll be nice to meet some of the people who have written stories for the network and put a face to the name and the story.