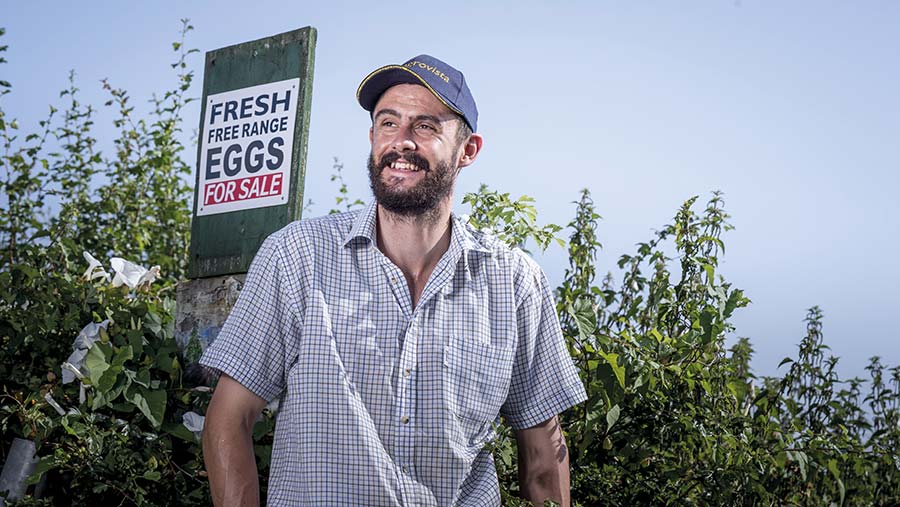 Here in our part of West Yorkshire, a small revolution has been happening.

We have begun to market our own produce and sell direct to the public.

The oven hasn’t cooled down for days and the fridge and freezer are thinking about coming out on strike with all the overtime they’ve been doing for the past few weeks.

At the start of this month, we decided we would give selling to the public a go.

We had one of our pigs killed and butchered and Luke got baking in the kitchen.

We decided that if we had sold the pig by the end of the month then we had done well, and that the baking was just going to be a little bit extra to draw a few more people in.

We underestimated the power of advertising on social media. We advertised pork for sale, and within two days had nothing left.

The baking went stratospheric; the first Saturday we had the baking on the stall and had sold out by 10am.

We don’t live in the most affluent part of the world, but equally it isn’t a poor area, and so people have that little bit more money to spend on food, and we have tried to keep our prices reasonable and not be greedy.

Many customers are telling us they want to support local businesses and buy food as local as possible.

On the whole, people want to buy British food. Knowing where their food comes from is important to most of the public.

This is why the NFU’s work ensuring agri-food trade deals don’t allow sub-standards imports is so important.

We need to protect our high standards and we need politicians on those green benches who want the same thing, too.

Everyone who has bought pork from us has said that it’s nice that they get to see where their food is being produced, to speak with the person who is rearing it and that its local enough just to pop in – you don’t get that with a supermarket.

2020 hasn’t been a good year in many ways, but the biggest positive to come out of it is that people are now wanting to buy from small, local, independent shops.