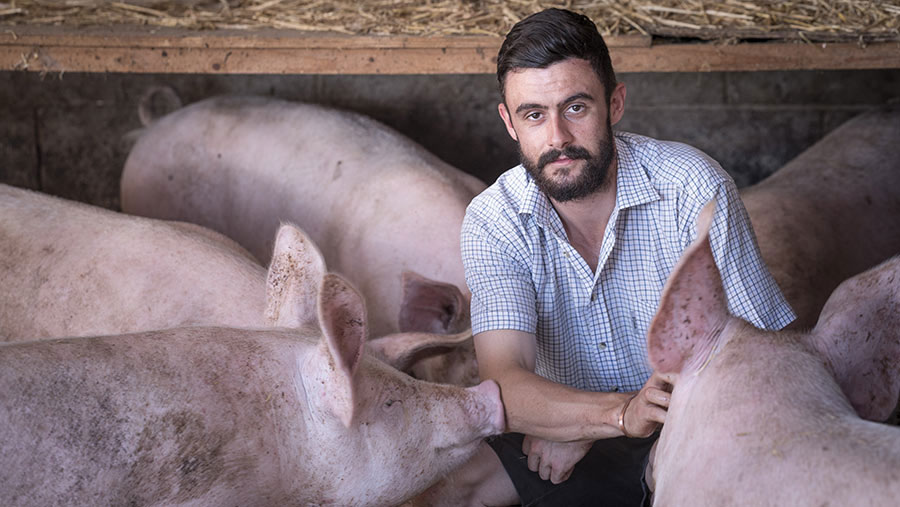 There were 6,500 suicides recorded in the UK in 2018, with men three times more likely to take their own life than women.

More than one farmer every week does just this, according to the Office for National Statisticts, making it the leading cause of death in the farming community for people aged 20-34.

Farming has the highest rate of suicide of any occupation and, according to Stonewall UK, one in eight LGBT+ people say they have attempted to take their own life.

These are startling figures, and in January this year I nearly became another of those statistics.

I had been suffering with depression for quite some time and rather than speaking out and asking for help I closed up. Things took a turn for the worse and I ended up in a very dark place.

The only way I can describe how I felt is that it was like I was trying to climb a helter skelter. Every time I got halfway up, something would happen that forced me to the bottom and the climb would begin again.

In January I was so exhausted from trying to climb to the top I decided it was easier to just give up.

I’m not writing this article for sympathy, I am writing this now because I feel strong enough to be able to tell my story

There is such a stigma attached to mental health. I think that some people believe that because you can’t see it, it’s not as serious or as important as, say, a broken leg or a chest infection.

Having been at the very bottom of that helter skelter I can say that mental health is as serious as any physical disease. Depression kills a lot of people every year and it almost killed me.

I still have a long way to go in my journey to being well again, but I am well on the path. I am undergoing counselling and coming to terms with a few of the realities that I was trying to ignore beforehand.

I’m not writing this article for sympathy, I am writing this now because I feel strong enough to be able to tell my story.

I have written about speaking out so much in the past, even at the time when I couldn’t speak out and ask for help myself. I can now say that I have started that change, sought help, and I am well on the way to being well again.

My partner, Luke, has been my rock, and the person who has been supporting me through my darkest moments. Everyone needs someone to talk to at some point in their life.

If you are struggling and want someone to talk to, please do get in contact via our Instagram page @theyorkshirefarmerblog.

We may not be able to offer any immediate help, but sometimes just getting things off your chest and talking to someone is all it takes.