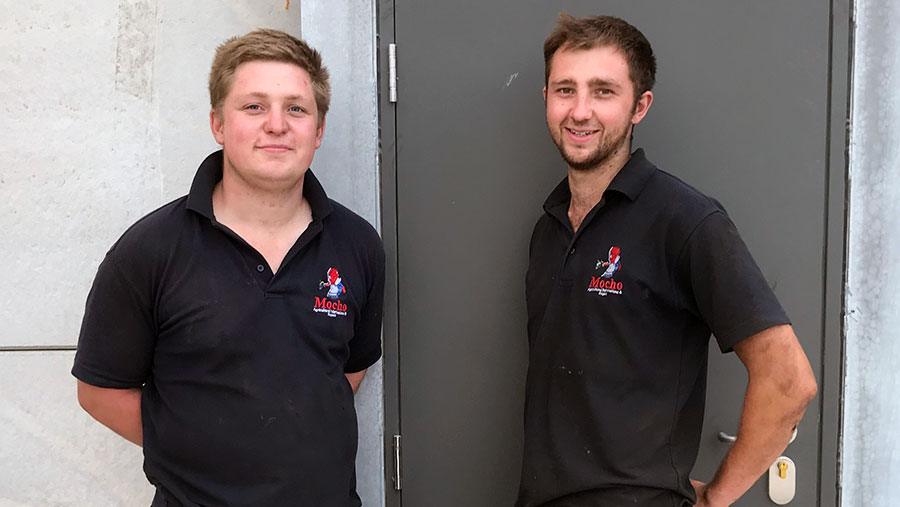 “Nothing ventured, nothing gained,” says Jack Oughton. The 23-year-old is referring to the agricultural engineering business he launched with his best friend Charlie Langston.

Both farmer’s sons, the duo make, refurbish, service and repair machinery for the agricultural, horticultural and industrial markets from their base in Aston Sommerville near Broadway in Worcestershire.

An idea that originally came to them when they were 17 years old, having spotted a demand in the local area, has grown rapidly and is now a thriving venture about to expand into its own purpose-built premises.

The pair have built up the business alongside other commitments – Jack, studying agricultural engineering at Harper Adams University and graduating this summer with a 2:1; Charlie working as an engineer at Claas UK after graduating from the firm’s apprenticeship scheme.

“We’ve had a lot of 100-hour weeks, but we just knew the idea had legs,” Jack says. “It really feels we’re going somewhere. We’re getting more and more business. The phone rings constantly.”

The hardest battle, he says, has been getting would-be customers to see beyond their age. “They look at us and think: ‘you can’t have enough experience’. But some have given us a chance and we’re building up a track record.”

Initially, the work tended to be relatively simple tasks, but they are now getting bigger, more complicated requests.

“We do everything from a tractor service or a full machine overhaul to sourcing hard-to-find parts and designing and making bespoke kit,” says Charlie.

“Agriculture is a small world – and a very vocal one. No one’s afraid to say it if work’s done poorly, but that has its benefits because, if you do a good job, people tell their friends and there’s no better advertisement than word-of-mouth.”

The pair, he says, have complementary skills, with Charlie particularly skilled on the mechanical side and Jack adept on the computer side, honing his computer-aided design skills at Harper and during his placement year. 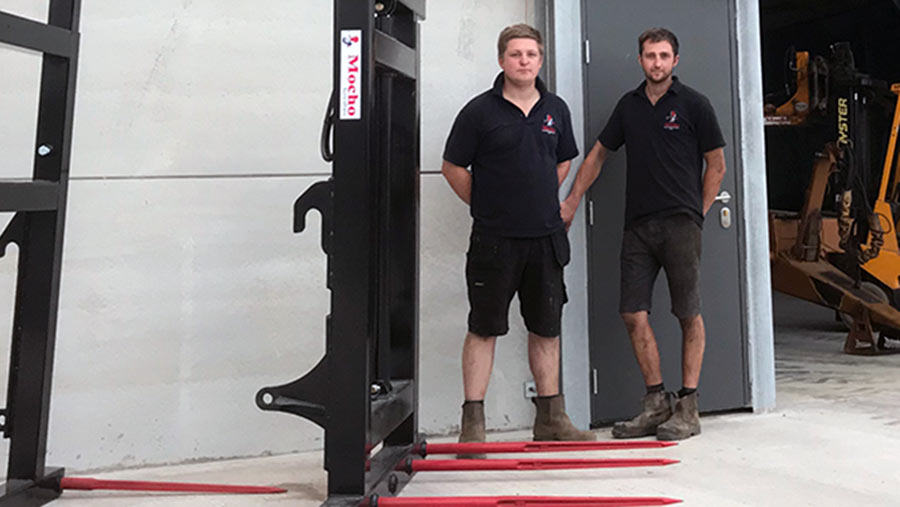 “Uni was great – not solely because of everything you learn but because of all the contacts you make,” says Jack. “You meet people from across the country. They all farm differently too, so it broadens your knowledge and your perspective on the world.

Their new unit is 100ft x 70ft and it will allow them to scale up, be more efficient and make the outfit more professional.

“The new shed going up feels like a real milestone and a game-changer for our business,” says Jack.

“Until now, we’ve been working in a unit at Charlie grandfather’s farm, which gave us a brilliant start, but it isn’t high enough to get a tractor in.”

Meanwhile, they’ve had help from the Henry Plumb Foundation – a grant of £2,000 and support from a mentor. “It’s been brilliant. I can discuss anything with my mentor – he’s honest and frank and gives a different, unbiased opinion.”

Looking ahead, the entrepreneurial pair want to build their brand, Mocho (they took the name from Charlie’s grandfather’s farm), and carry on expanding, both in terms of the amount of work and the range of kit they work with.

“I love what I’m doing,” Jack says. “Every day is a different challenge and I’m learning all the time.

“Hard work is the backbone of agriculture and everyone does it, but I’m a great believer that if you’re willing to work hard and make sacrifices you stand a good chance of being successful.”

Got a great idea for a business start-up? Maybe you’d like to do an internship? Always fancied going on an overseas exchange? Is your heart set on pursuing a course or attending an event?

If you’re aged between 18 and 35 and have an idea that could foster a career in the agricultural or food industry, there could be support available from the Henry Plumb Foundation.

Funding ranges from £500-£3,000 and every successful applicant is appointed an experienced farmer or businessperson as a mentor.

You don’t necessarily need a farming background, previous agricultural experience or academic qualifications – the foundation is looking for people who have the ambition to become part of the future of agriculture, a great idea and the drive to make their plans a reality.