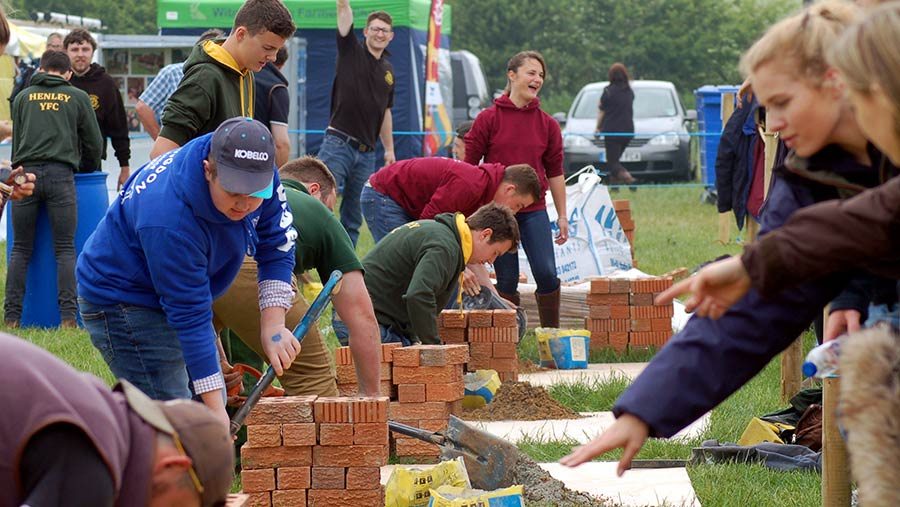 The party is over for our young farmers. No encore. No last hurrah. After a 50-year roller-coaster, the essence of what makes the Young Farmers’ Clubs so special is dead.

Rarely has the expression “the actions of the few ruin it for of the many” been more apt, with the NFYFC board now forced to axe the annual convention following this year’s trouble on the streets of Blackpool.

From a personal perspective, I have always considered Young Farmers to be an incredible organisation that gave me so many fantastic opportunities as a former member.

I’ve covered four of these “big weekends” for Farmers Weekly, so I know – as will many readers – that above all else this was the pinnacle of young farmer social occasions.

For the majority, it was a gigantic party where countless memories were made, friendships forged, daring dance moves displayed and catchphrases coined. But even the best of parties has to end – it’s just a shame that this one ended on such a rotten note, sullied by the antisocial antics of a few hooligans.

I didn’t witness anything particularly disgraceful while in and around the Winter Gardens this year. What I did see, however, were many banners imploring members to be socially responsible. But it takes more than a few posters to prevent the kind of unacceptable actions that were captured on video outside the main event and shared for all to see on social media.

When Farmers Weekly got wind of the incidents that made for such uncomfortable viewing, we had a choice. The easy option was to turn a blind eye and instead just focus on the positives of the weekend. However, we felt a duty to call out this appalling behaviour because allowing it to continue unopposed goes against the core values of the Young Farmers movement.

It’s no secret that this sorry saga had been brewing for a long time and the unfortunate incident back in May was the final squeeze of the party balloon that saw it burst. There was nothing much that the federation could have done to stop such a damaging episode from unfolding.

The only card those in charge had to play was to be seen to react in the right way – and that meant sober judgement.

Strong and emotional words from organisation chairwoman Lynsey Martin ensued, disciplinary action was swift, a high-level investigation was held. But ultimately there was only one thing the federation’s top team could do, given its inside knowledge of the full situation.

It took real guts to pull the plug, knowing that the decision would cause much wailing and stamping of feet among members.

The annual convention was designed to showcase the very best achievements of YFC members – the cream of the crop competing in a brilliant range of top-level events and engaging in formal public debate.

But now it is finished and the NFYFC faces a tricky road ahead, carrying with it many dismayed members and a £200,000 black hole in its budget.

We’re certain the NFYFC will overcome this challenge. Other options are already being considered and a strategic review has been launched, which will hopefully preserve all that is good, while stripping out the bad.

In time it will likely reinvent its biggest gathering of members, albeit in a new format and new location, and Farmers Weekly will be there to support it.