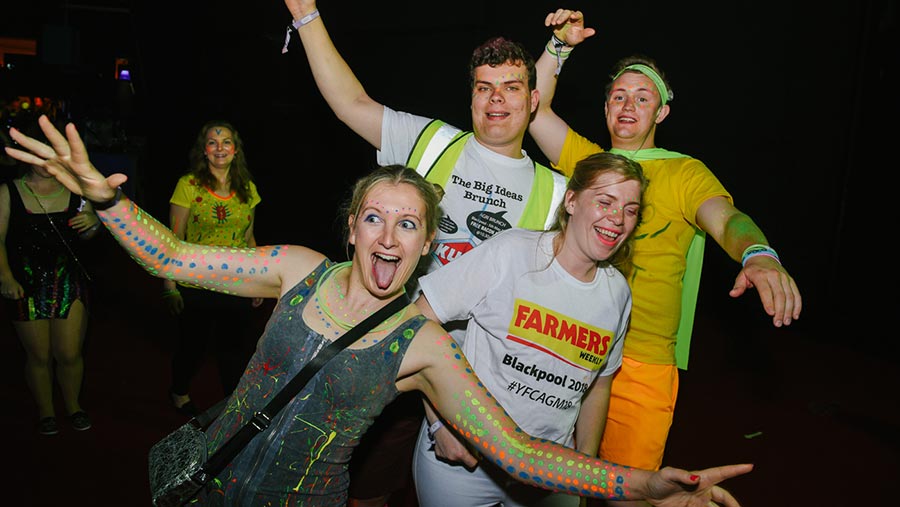 Young farmers have reacted with anger and sadness at the decision to axe the National Federation of Young Farmers’ Clubs (NFYFC) Annual Convention for good.

After 50 brilliant years, the Federation announced yesterday (2 August) that it was calling time on what many members regard to be the undisputed highlight of their calendar.

The difficult decision was made following a serious review of the annual three-day extravaganza, sparked by a bout of anti-social behaviour while the event was being held in Blackpool during the May bank holiday weekend (4-6 May) earlier this year.

The Annual Convention saw 6,000 members come together at the Winter Gardens in the heart of the Lancashire seaside town to showcase the achievements of members, hold national competition finals and to host its Annual General Meeting.

In a statement, a spokesperson said: “Following a review, it was agreed that the successes and celebrations inside the event venue are being overshadowed by incidents taking place outside of the organised official NFYFC activities.

“While NFYFC recognises this will be disappointing news for many YFC members, partners and sponsors, the organisation is looking at how it can explore new opportunities to move forward.”

YFC members took to social media to share their anguish and disappointment as the news broke. In an FW poll on running on Facebook and Twitter, the vast majority felt that NFYFC had made the wrong decision.

Some members expressed anger that the NFYFC had not tried harder to find a way to keep the event going, while others recalled some of their greatest memories of the Annual Convention and were sad that other younger members would not get to enjoy the weekend.

No more #YFCAGM! Have some amazing memories and made lots of friends for life along the way. Such a shame many of the younger members now won't experience it. Seems alot of farmers see this as their annual break and now it's been taken away. #ripagm #memories

Whole heartedly gutted that such a fantastic weekend and experience is now ruined . #trueYFC #YFCAGM https://t.co/FDBaFF1Ooh

Actually gutted AGM has been cancelled and I never even got a chance to go??? #YFCAGM

I don’t doubt that this was a vey hard decision for someone to have to make. However, I was always very proud to be part of a “member led organisation” in NFYFC and this decision goes against all that. Why not try to fix it? Quitting is a bad example for members IMO. #yfcagm https://t.co/enyjYTknkv

Do you think NFYFC made the right call to cancel the Annual Convention for good? What should the Federation do now? We want your views.

Please email your opinions to executive editor Philip Clarke and we’ll share the best letters and comment in next week’s magazine on 10 August.