A series of striking images of young farmers in Wales has been released, celebrating the future generation’s commitment and contribution to agriculture.

Photographer Nick Bell travelled across Wales over four months, meeting young people in farming and taking stunning black and white portraits of each of them.

“The aim behind the work is to address what it means to be a young farmer today in Wales and how important the role of the young farmer is in shaping the future of farming, considering issues from political uncertainty to every-day challenges,” says Nick.

We picked five young men and women to feature, with a bit about them and their thoughts on the industry they love working in.

They share their views on what it takes to make a successful farm business, mental health struggles, food prices and connecting with consumers. 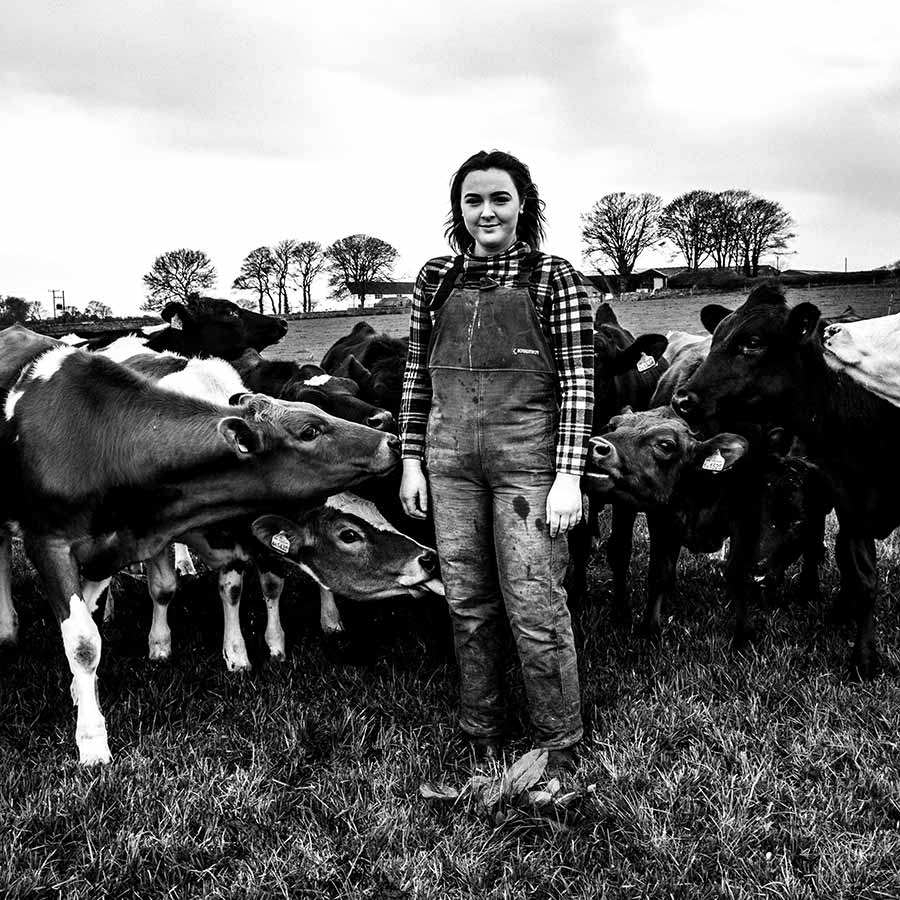 “Then it allows you to be part of the business – you manage the farm.

“It’s a good financial incentive, but it’s also a good way for someone young to come into the industry.

“The landowner then gets someone who’s a lot more committed rather than someone who turns up in the morning, goes home at 5pm and doesn’t have anything to do with it.

“I think landowners are going to have to become more like that.

“I’ve got three brothers, two of which are home farming, and I always remember my dad saying: ‘You boys come home after university and take over’, but he couldn’t let go of those reins.

“But as he’s getting older, he does realise he has to let go at some point.

“I knew my brothers were going to come home to farm so that’s why I decided to become a chartered surveyor and farm on the side.

“I didn’t want to be in that situation where my dad was like: ‘There’s three of you, you’re going to have to split it’.

“It was daunting because it was shutting that door slightly, which my dad had always left open.

“At one point I felt maybe I’m being ungrateful, but then again I was like, no I want to do something for myself.

“If you think about mental health in farming, it’s a lonely place, you’re always thinking.

“It’s quite a dangerous place to be, that’s why something like share farming is a good place to be.

“It’s always good to have your feet on the ground and to be talking to other people.

“You’ve got to, otherwise you don’t appreciate what you’re doing.

“You’ve got to love what you do – you can’t go into farming half-heartedly.” 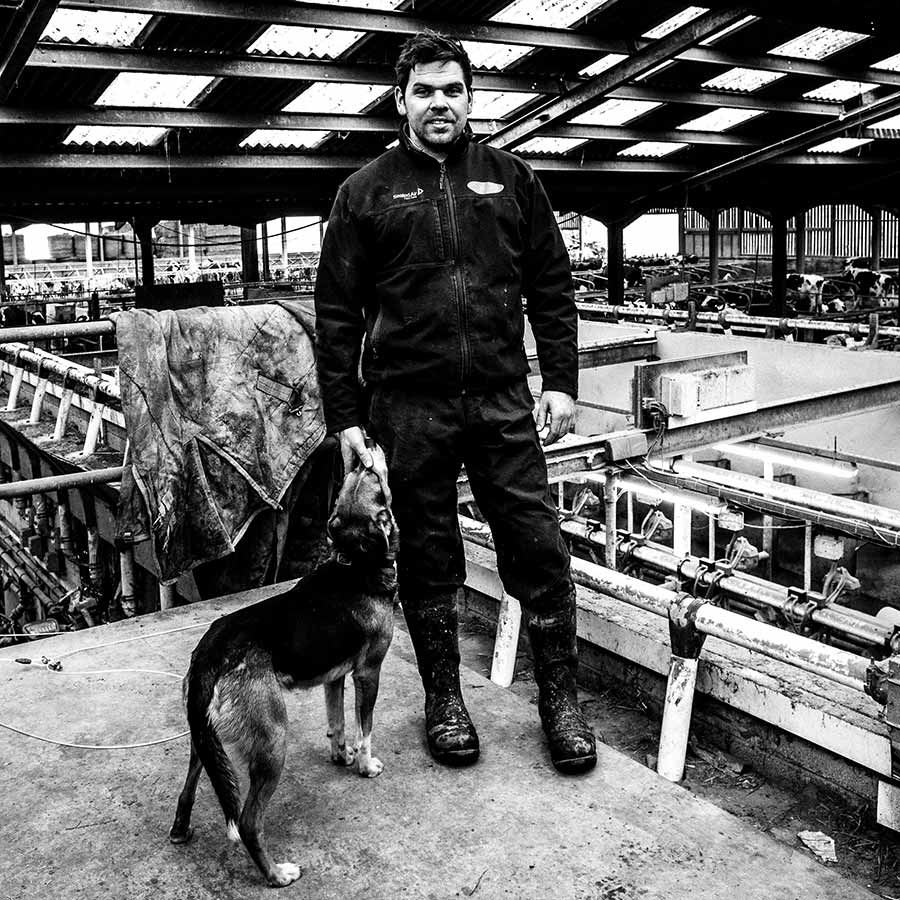 “I think the figure is about 10% of homes in the UK buy organic milk and that’s on the rise.

“In terms of market, there will be a significant rise in land being converted into organic because there is that demand for organic produce.

“Someone asked me the question, would you recommend people to go organic? I mean, you consider yourself as a niche market.

“It’s a selfish thing to say but you don’t want to be the same as everybody.

“If you’re going to haul something, you want to be hauling something a little bit special. It’s got to have added value.

“We really believe in the way that we farm as well.

“When the prices weren’t so good we never thought about opting out to produce more.

Do what you love

“You’ve got your daily reward here though, that’s what you do your work for.

“For me, for someone to come here, walk around the calves and say they look well, those are the kind of kicks you get.

“You’re trying to improve on certain things, you always give yourself targets.

“If you enjoy what you’re doing, you’ll give that extra five minutes at the end of the day.” 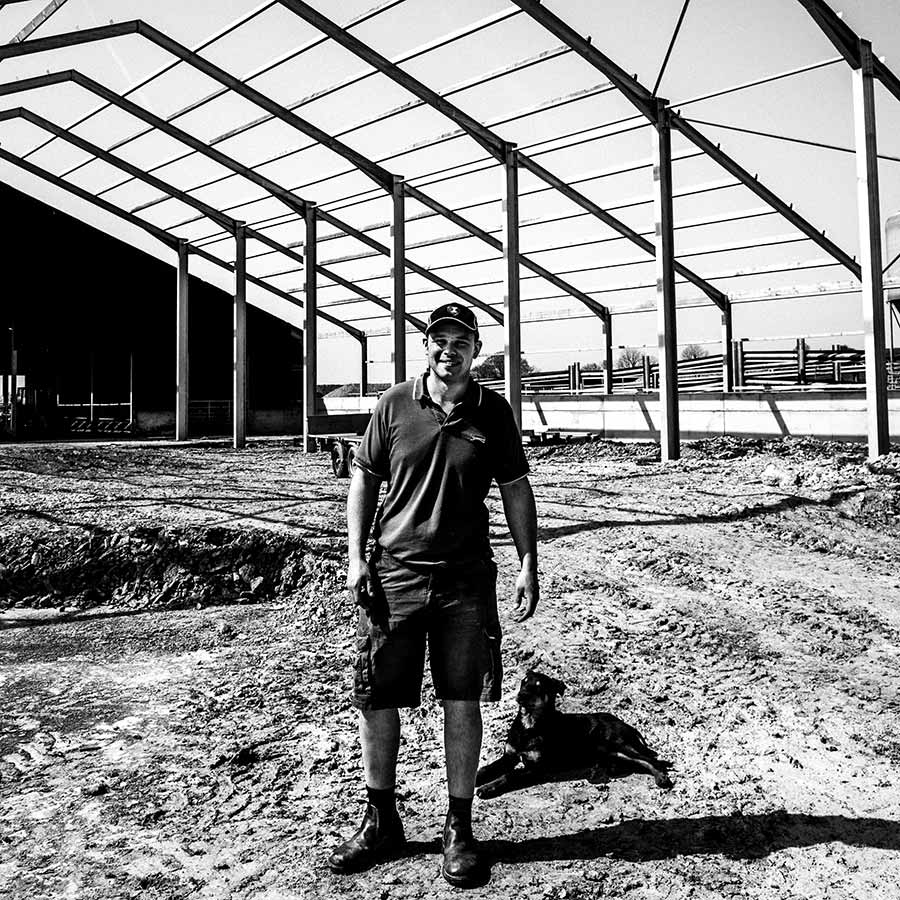 “I saw something posted online – ‘farming is a disease’, and it genuinely is.

“It’s part of you and it’s very, very difficult to let that go.

“It’s more than a business because you live here and it almost flows through your veins.

“Mental health in agriculture is horrific, because what you’re faced with is being very isolated, and anxiety basically. You don’t leave this place.

“We farm within a 10-mile radius of here and, yes, I speak to lots of people, but you put us in a social situation and we’re not trained for it. It’s very, very difficult.

“As the younger generation, we’re probably the least isolated, but I think struggling just as much, if not more.

“And a lot of that I think is financial.

“The reality is that we get paid the same for our milk that we would have got in the 1980s. Cost of production has probably doubled in that time.

Connect with the public

“Food is too cheap. I think that is the biggest issue going forward for any young farmer, any young family.

“There is a project now called FaceTime a Farmer, where schools get to literally video call farmers.

“They start to understand things and it is something I’m trying to get into the local school now to try to discuss things with people.

“The difficulty is, you have to be very careful what you tell people.

“It’s not up to me to stand in front of someone and say: ‘You should eat meat’.

“It’s my job to say to someone: ‘This is how we produce food. This is what we do’.

“You’ve got to be very careful that when you educate people, you’re not being biased – just give them the truth. I’m a big believer in the truth.

“The best thing about being a young farmer right now – it’s the lifestyle.

“I don’t get Monday morning blues.

“It does help that there is never a Monday morning because you’re always working, but I genuinely love my job.

“And I adapt it. If I don’t like an aspect, I get someone else to do it. It’s massively variable.

“You can be whatever you want to be within this industry. The young farmer title encompasses so much.

“You get paid to do what you love. I get to wake up and spend my life out here. 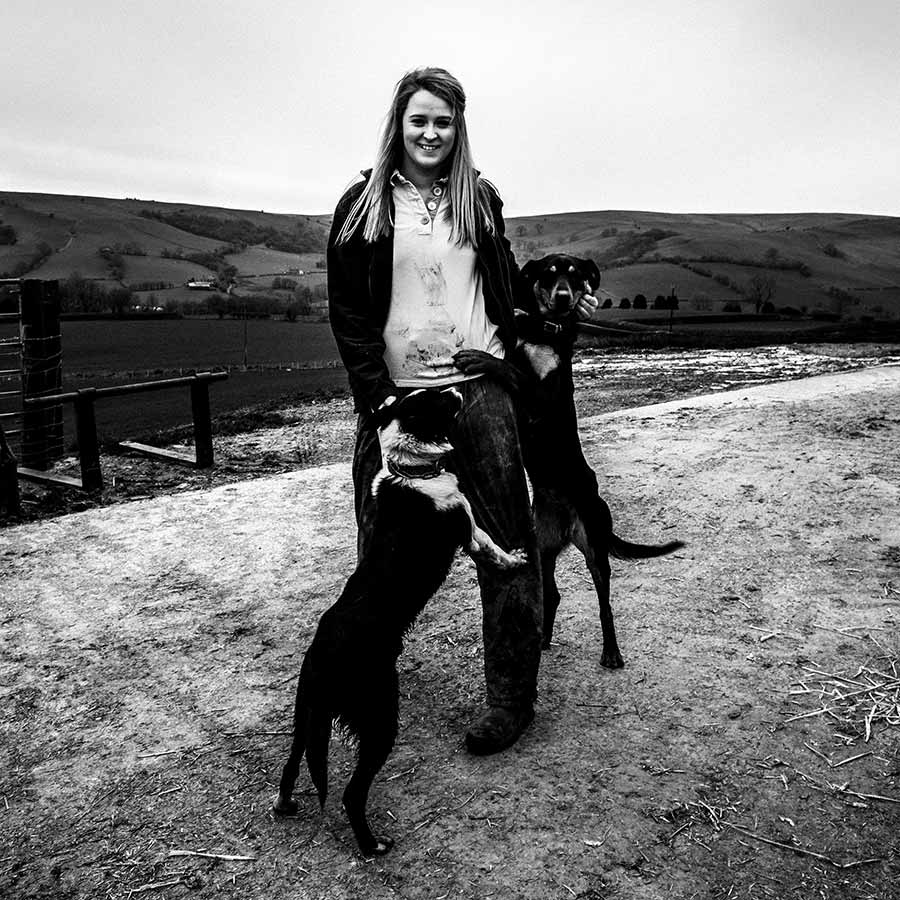 “At the minute I’m doing a 12-month placement on the agricultural team at Co-op headquarters in Manchester, so it’s a little bit different than straight farming.

“But you need people from a farming background along the supply chain so that everyone understands the agricultural background to it, because it’s quite a different industry than what a lot of people would be used to.

“One of the things farmers complain about most is having people in supermarkets and retailers not understanding agriculture.

“So it’s important for us as farmers to remember who we’re producing for and what kind of market we want to produce for.

“We need to be communicating with the consumer.

“At the end of the day, you’ve got to be a businessman to run a farm.

“It’s all based on cost of production. You’ve got to know how much money you’re putting into that sheep so that when you sell it, you know what profit you’re making.

“You want to be able to support your business, just like anyone working in an office needs to be able to make sure that what they’re earning is covering their costs at home.

“You’ve got to be able to do the same as well.

“That’s going to be the most important thing for young people because I think that the problem of the generation before us is having been supported by the subsidy and not by cost of production.

“I think the role of the farmer is changing now from just being a food producer to being an educator as well.

“Now, people are five generations removed from the land. It is gradually changing, but in another 20 years, it will be even more significant.” 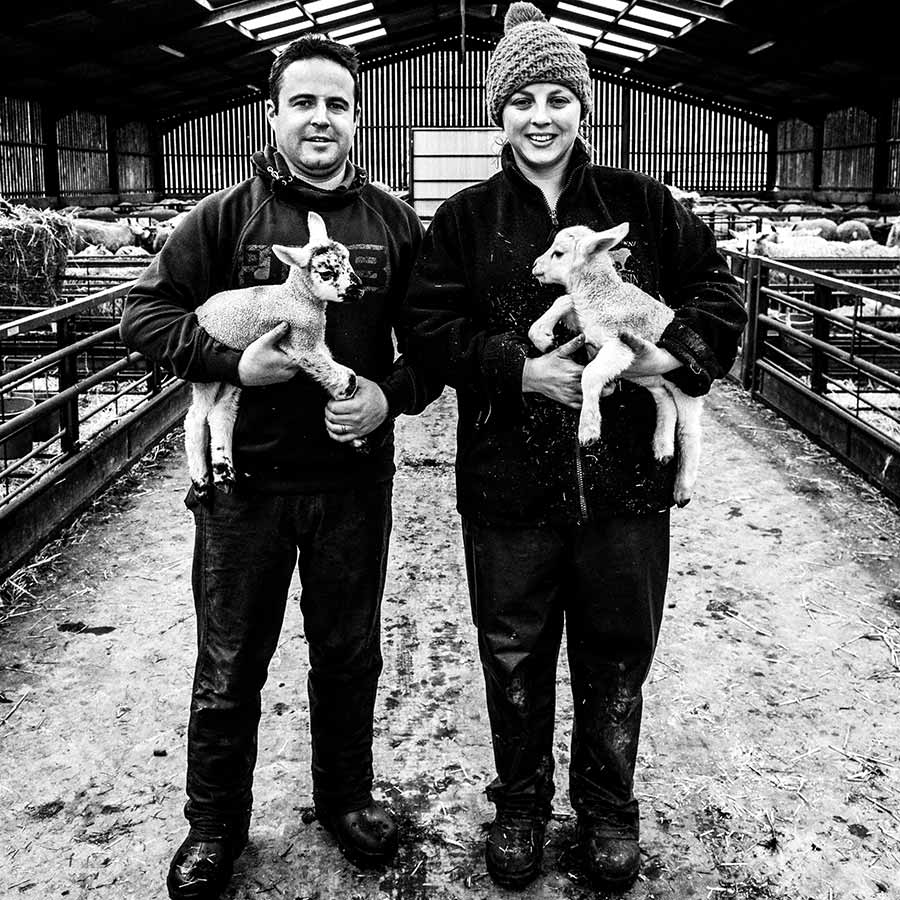 “The beef and lamb trade has just been so up and down we needed something with a bit more consistency, and for us the egg laying unit was the way to go.

“It’s a regular income. You know what you’re getting with poultry.

“We’ve taken on extra staff with the poultry shed.

“We’ve got one full-time worker and half a dozen part-time, so diversifying into poultry has not only benefited us but it’s benefited the local community as we’re employing far more people.

“This farm has been passed down through generations, and you join Young Farmers and most of your friends, coming from an agricultural area, they’re all farming.

“All of our friends are getting married now and they’re all marrying farmers.

“There isn’t one out of our group who’s not farming anymore. It’s all quite tight knit really.

“It is a job here with younger farmers from smaller farms who go off to university and they don’t usually tend to come back.

“But then you’ve got some people that want to farm but haven’t got a farm behind them so they’re having to do agricultural tenancies and council holdings.”