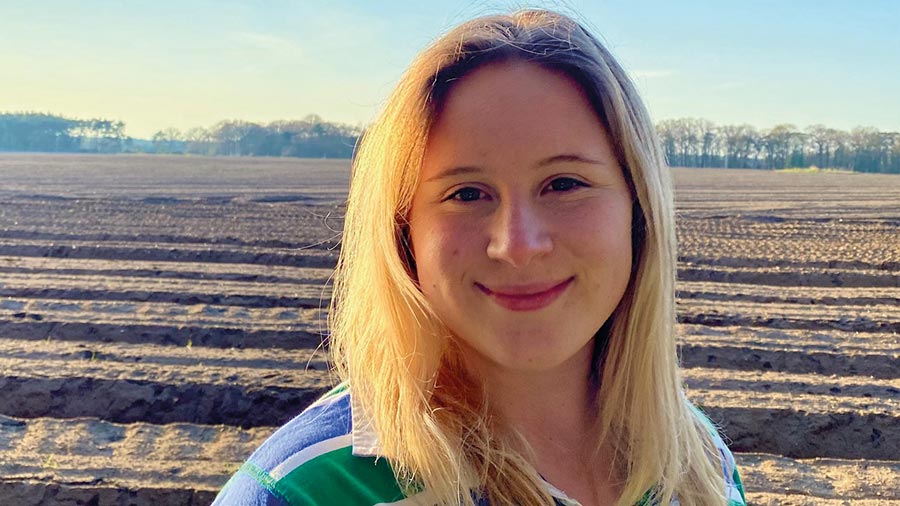 Maisie Wildgoose is testimony to the fact that you don’t need to come from an agricultural background to forge a successful path in farming.

Having initially secured a place to study sports science at Durham and later even beginning a nursing course at King’s College University in London, she “caught the farming bug” and wouldn’t consider a career in any other sector.

Now 23, her introduction to the industry came by chance. She was in Australia working in a pub, but her boss also had a livestock farm – so she found herself helping out. “That was my first real exposure to it and I absolutely loved it,” she recalls.

She went on to work on a sheep and cattle farm and that, in turn, led to getting involved with the cotton harvest.

“When I came back to the UK, I still had in mind that I’d want to go back to Australia one day – so I focused on choosing a degree that might help me get me back there, hence why I went down the nursing route. But I found myself sitting at King’s thinking: I’d rather be pregnancy-testing sheep or driving a tractor!”

Maisie then made the brave decision to leave that course in a bid to follow her dream.

“I had another spell back in Australia, lambing and working with cattle and doing some dump truck driving – which I loved. By the time I came back home, I knew farming was definitely for me.” 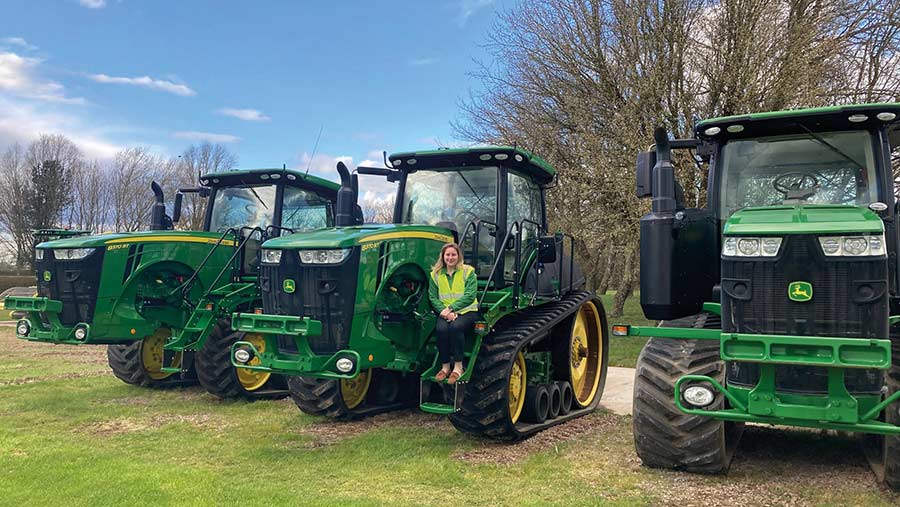 That was when she heard about Harper Adams University and, after a spell working on a dairy farm, headed off to begin a degree in agriculture at the Shropshire campus.

“I’d called the application office and enquired about applying for the following year, but I was told there were still places in clearing. Within three days I had applied and accepted a place.

“None of my childhood friends were farmers, so I didn’t originally even know you could study agriculture at uni – and I certainly didn’t realise there were so many ag-related courses on offer.

“Having taken two years out to decide exactly what I wanted to do, I’ll be 24 by the time I finish my degree, but I know a degree is a great stepping stone into a good job.

“Farming is in the ascendancy, too. It’s very much farming’s moment at present – people are taking far more interest in where their food comes from and the environmental effect of their choices.

“Farming has kept going during Covid and kept the nation fed and I want to work in an industry where I can feel like I’m making a difference.

“Some of my friends think I’m mad, but a lot of them have graduated and still don’t have jobs or are just in temporary jobs. Ag graduates are really employable and there are so many different roles available.”

“Take a gap year and try different jobs. I never considered anything to do with agriculture when I was at school – it was only by putting myself out there and saying yes to opportunities that discovered what I wanted to do. I wouldn’t have done that if I’d gone straight from school to uni. A gap year totally changed my life.”

One of Maisie’s particular interests is machinery – a passion she pursued through summer holiday work in a parts department in a dealership.

“I loved being involved with the machinery and being around customers. It was fantastic experience and I go back to help every holiday now.”

She’s currently on her placement year, working in the Nottinghamshire headquarters of John Deere.

“The placement is divided into three sections – sales and marketing, dealer development and JD finance. I’ve learned so much here.”

With technology developing apace, it’s a hugely exciting area to be involved in and one that will bring many new possibilities for farmers.

The machinery sector is still, she says, male-dominated, but there are ever-more women working in it.

“Whether it’s because I’m a girl or because I’m not from an ag background, I always feel the need to prove myself a bit more than a boy might – especially when I’m talking to a farmer.

“One thing I’ve learned is that, whatever job you’re in, it’s important not to guess if you don’t know something. If I’m giving someone an answer, I want to be 100% sure I’m giving them the right answer.

“Perhaps I’m also driven to go the extra mile because I’m not from a farming background. But coming into the profession from a different route is not without its advantages – you might question things more, for example.

“Occasionally, I think it might have been easier if I’d gone down another route, but I feel really motivated and, because I’ll be slightly older when I finish uni than a lot of people are, I want to make the most of every moment.

“I see lot of people heading off to do degrees when they don’t know what they want from it. The advice I always give people when they’re considering further and higher education is to make sure they know what the career options are afterwards and to only commit if they’re confident that at least some appeal.

“When I started at Harper, I did wonder if it would feel a bit small compared to a city campus, but I’ve loved every second of it.”