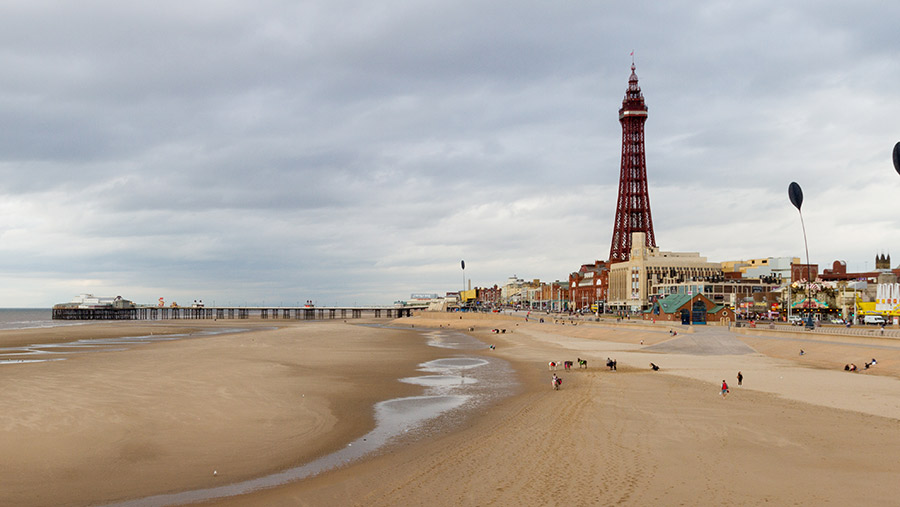 Thousands of young farmers are set to party hard in Blackpool this bank holiday weekend (3-5 May), in spite of their official big weekend being scrapped.

The Annual Convention had been the highlight in the YFC social calendar for 50 years, but a spate of antisocial behaviour on the streets of Blackpool at last year led to the National Federation of Young Farmers Clubs (NFYFC) pulling the plug.

“In light of the frankly tragic news that we no longer have the [Annual Convention], we shall take matters in to our own hands. Book your hotels, order your T-shirts and we’ll rock up to Blackpool once again,” he said.

He stressed that the event was about showing young farmers in a “good light” and is encouraging those attending to donate money to local charities.

“Following the incidents that put our reputation in jeopardy last year, it is important we show what the majority of young farmers are really like,” he added.

“As a way of giving a bit back this year, due to there being no attendance fee, we are going to raise money for the National Air Ambulance Service and Blackpool RNLI.”

Blackpool event gets no support from NFYFC

Katie Hall, the NFYFC’s chairman, has issued a statement asking YFC members to think again about going to Blackpool, adding that any members who do attend will not represent the movement.

“There will be no support from NFYFC in Blackpool during the bank holiday weekend, as this ‘event’ is not organised or sanctioned by the national Federation, and, therefore, those who choose to attend do not represent YFC.

“The Federation is still feeling the repercussions from the incidents last year. At a time when all YFC activities are being reviewed, any actions that bring the YFC or NFYFC names into disrepute could jeopardise the potential for a new official national event.”

Ms Hall added that with many clubs holding their county rallies and competition days this weekend, supporting those events are the best way to promote all that is good about YFC.